Food for Health Forum: An Rx for Doctors | Civil Eats

Food for Health Forum: An Rx for Doctors 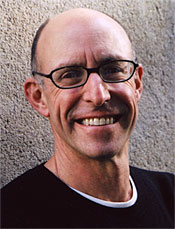 Today, the man who encourages us all to eat food, mostly plants, and not too much will bring his prescription for a healthier population and planet to a group that, surprisingly, he hasn’t spoken to before: Doctors and other healthcare professionals.

The man, of course, is Michael Pollan—who talks about the importance of eating and growing sustainable food to folks as diverse as urban ag advocates and Oprah fans. The best-selling food book author will address physicians, dieticians, hospital food service staff, and others at the Food for Health Forum in San Francisco sponsored by HMO giant Kaiser Permanente.

Rather than rehash the sorry state of hospital food in many parts of the country, Pollan sees this as an opportunity to rally a new audience.  In an email prior to the event, he writes that he wants to encourage doctors to help drive change in this country’s food system by talking about food with patients, pressuring hospitals to serve better meals to both employees and the sick, and supporting national reform by getting involved in farm bill politics.

Hosting a food health forum in San Francisco makes sense. As reported here previously, the Bay Area is a hot bed for hospital food reform. And the driving force behind today’s event is a high-profile player in the movement, Dr. Preston Maring, associate physician-in-chief at the Kaiser Permanente Medical Center in Oakland. 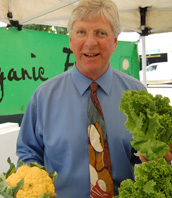 Maring, 65, who is relatively new to food advocacy, has worked for Kaiser for almost four decades. During his tenure he’s delivered babies as an obstetrician, worked in hospital administration, and spearheaded the creation of its new pediatric neurosurgery unit.

His most recent work for the organization, though, has been all about what people eat.  In 2003, Maring started an organic farmers’ market at his hospital.

Since then, 35 markets have sprung up in Kaiser facilities in five states, serving employees, members, and the greater community.

He has worked to get more fresh, local food into Kaiser hospitals and forged ties with local, sustainable farmers, including the nonprofit Community Alliance with Family Farmers (CAFF), where he is on the board.

Improving food at Kaiser, which runs the largest nonprofit health care system in the country, has the potential to impact a lot of eaters. The provider and insurer has about 8 million members, 15,000 doctors, and 165,000 employees, mostly in the western states.

In his hospital rounds Maring urges docs to vote with their forks and choose organic, sustainable food for their families. He wants employees and patients alike to eat more fruits and veggies. To help them do that, this enthusiastic cook shares recipes on his blog, offers kitchen wisdom in short Web videos, and conducts a culinary show on the road, teaching new hospital employees basic cooking skills.  “A couple of cutting boards and a sharp knife are the best public health tools we have,” says Maring. “My mantra is: If a guy like me can do it, you can do it.”  (Maring and his medical student-chef son were the subject of a recent New York Times profile by Civil Eats co-founder Katrina Heron.) 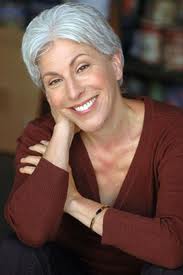 Pollan and Maring will be joined on stage by acclaimed cookbook author Mollie Katzen, who is used to talking with physicians, through her work as a member of the Harvard School of Public Health Nutrition Roundtable and at events Harvard sponsors aimed at hospital food personnel at the Culinary Institute of America.

Mostly, though, she plans to give healthcare professionals a gentle nudge to head into the kitchen and cook something simple, for themselves, to eat. “I want to give people a little pep talk—not wag my finger at them and talk about how we’re all getting sicker and fatter,” says Katzen, who will demo cooking techniques (think dicing, mincing, and macerating) as she talks. “My mission is modest: I want to help people reclaim the lost art of cooking by learning to make one or two dishes.”

Katzen says she’d like to obliterate the imaginary line in the sand that puts delicious food on one side and healthy food on the other (and, as an aside, notes that most hospital food is neither.) She adds that Maring, who waxes euphoric about salad dressing made from scratch, is just the kind of visionary needed to overhaul hospital food.

Rounding out the line up is Brenda Eskenazi, a UC Berkeley researcher who will discuss the effects of pesticides on farm workers and their children, organic farmer and CAFF member Judith Redmond of Full Belly Farm, and several hospital food folks, who will chime in with reports from the inside.

Attendee Alison Negrin, executive chef of John Muir Health, which operates hospitals in the East Bay, says she hopes panelists will recognize the work that has been done to improve hospital food.

Negrin thinks doctors are beginning to understand the key role food plays in health. As an example, she recounts an exchange she had with a physician at her hospital who, while heartened by healthy choices in the cafeteria, questioned why fried foods and sodas were still on the menu. (These items now come with signage about calorie and fat content.)

“People like myself and others on the Bay Area Hospital Leadership Team have been talking about these issues and working hard to improve hospital food for some time,” notes Negrin, speaking of a group coordinated by the SF Bay Area Physicians for Social Responsibility (PSR), while conceding that change can move at a glacial pace in such institutional settings. “But I think many of us hope to come away from this forum reinvigorated with new ways to fix hospital food and fresh ideas we can incorporate into our own settings.”

Others who have toiled on the hospital food reform beat for some time are particularly interested to hear what Craig Watson, who works for the SYSCO Corporation, has to say. SYSCO is a major hospital food distributor.

“Hospital farmers’ markets are fabulous, but we all know that improving the quality of food served to employees and patients is a slow process,” says Lena Brook, senior program associate for PSR. “Preston Maring would be the first to acknowledge that Kaiser is a bulky facility to move in terms of improving food. I hope this forum gets people thinking big and helps us all find ways to make change faster.”