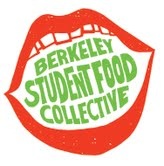 It seems unthinkable that the People’s Republic of Berkeley has existed without a food co-operative for more than two decades.

Begun in the heart of the Depression, when families came together to form buying clubs so they could afford to put food on the table, the Consumer’s Cooperative of Berkeley was the place to shop for the politically correct for 51 years.

In its heyday in the 1970s, the store was a national leader in championing organics, whole grains, preservative-free foods, and meat alternatives. During the boycott of non-union vineyards in the 1980s some members boasted their children had never eaten grapes.

The last store closed in 1988, a victim of partisan infighting, financial woes, and changing times: the co-op still dispensed tofu puffs and six kinds of sprouts but refused to carry radicchio, according to the New York Times.

Well, don’t choke on your non-GMO, organic, fair trade, soymilk chai latte: The co-op is coming back to Berkeley. Later this month, the Berkeley Student Food Collective, will open a University of California student-run food store on Bancroft Way–right across the street from campus–to feed the minds, souls, and bodies of students, staff, and the surrounding community.

The new co-op, slated to carry fresh, local, healthy, environmentally sustainable, and ethically produced food at affordable prices (got all that?), grew out of a protest for plans to allow the first national fast food chain, Panda Express, at the university last year. 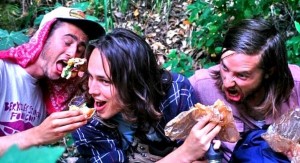 Students, outraged that orange chicken could become a campus staple, got that idea nixed, raised around $100K for the co-op, and filed for non-profit status to set itself up as an edible education hub. Not too shabby.

Food options close to campus, say students, are too often of the carbo-laden, junk-food variety. And the university, smack bang in the middle of a city that birthed California cuisine and a burgeoning food and farming movement, does a poor job, they say, integrating such food for thought into the campus culture and curriculum.

The collective, they hope, will fill that void.

I spoke with Justina Byrne, 19, a Cal freshman and collective outreach coordinator who lives in Berkeley Student Cooperative housing, and South Berkeley resident Brighid O’Keane, 28, program director and the only full-time, paid organization member, in the freshly-painted storefront this week.

What kind of support is there for the collective?

Justina: More than 300 people signed a statement of support for the business, including UC Berkeley professor Michael Pollan.

Brighid: We’ve had tremendous support from the wider community: People on our advisory board like Jaques Kaswan of Arizmendi Association of Cooperatives, offered words of wisdom and inspiration, asked the hard questions, and advised us to start slow. The university is behind us: We got our biggest grant ($91,000) from the university’s Green Initiative Fund and the building we’re in is owned by UC. David Fogarty in the city’s Office of Economic Development has been very helpful, as has the Alameda County Small Business Development Center. The Berkeley Student Cooperative is our fiscal sponsor.

An architect is reviewing the student-designed plans for the interior and students and staff from the Boalt Hall School of Law helped us with our business plan and the paperwork for our 501 3C [non-profit] status. We want this to be a living classroom around food. 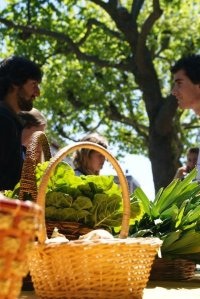 What kinds of community education activities does the co-op have planned?

Brighid: Next Wednesday we’re screening the recently-released food documentary Fresh on the steps of Sproul Plaza. And on Friday, October 22 collective co-founder Yoni Landau will be part of a panel discussion at the David Brower Center on navigating food choices in today’s economy, along with good food advocate Marion Nestle and chef Narsai David.

How is the collective different from The Local, the produce stand on Sproul Plaza?

Brighid: We’re kindred spirits. Like The Local, we’ll source our produce from local, sustainable farmers, and we’re run in a collective manner. The Berkeley Student Food Collective will also sell grab-and-go foods like sandwiches and soups, as well as dry goods and healthcare products. We want to be a central meeting place for all the student organizations that focus on food to come together to discuss food issues. And we’ll run workshops, panel discussions, and community education events.

Justina: The Local is open one afternoon a week. We’ll be open 9-7 every day, and serve the local community as well as the UC community.

How are decisions made about the store’s food?

Brighid: We have food criteria that follow the guidelines of the Real Food Challenge. We have a food committee that makes those choices. We do taste testings and make decisions based on consensus. The baked goods tastings are popular.

Will the collective make its own food or source from outside distributors?

Brighid: Eventually we want to make all our own prepared foods. But we have to find kitchen space to do that; our store is too small to include a food prep area. So initially, we’ll have to outsource our grab-and-go items. We know there is demand for student-made food: Last year, to spread the word about what we’re doing, we made sandwiches and sold them on campus. We’d sell out–we’d make maybe 75 sandwiches–in an hour.