Kitchen Table Talks: The Meat of the Matter | Civil Eats

Kitchen Table Talks: The Meat of the Matter 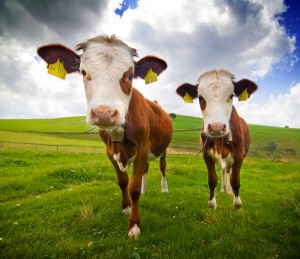 Industrial animal agriculture and meat production and consumption have become central issues of our time. Between 1950 and 2007, per capita meat consumption in the U.S. increased an astounding 78 pounds per person per year and world meat consumption is expected to double by 2050. The health consequences from the overconsumption of meat—obesity, coronary heart disease, and cancer—are now well documented.

The 2006 United Nation publication, Livestock’s Long Shadow articulated the environmental impact of industrial animal production—and a new study further estimates that livestock farming on its own—disregarding all other human activity—could negatively tip the balance for climate change and habitat destruction by mid-century.

Between the serious environmental and public health and food safety issues associated with Confined Animal Feeding Operations (CAFOs)—known for their disregard for animal welfare, misuse of pharmaceuticals, pollution and mismanagement of waste, and concentrated corporate ownership; the importance of alternatives such as sustainable ranching; and the debate as to whether we should eat meat at all, lies an important conversation worth having regarding our role in meat’s global and local impact.

Join us for the next Kitchen Table Talks in San Francisco on Tuesday, October 26, 2010 to discuss “The Meat of the Matter,” where we will engage our community in a thoughtful discussion about this personal and very political issue. We will talk about how our current food system is structured to support industrial meat production, share new data underscoring meat’s deleterious environmental effects, learn ways to creatively reduce our meat consumption, and offer some alternative solutions to the industrial food system.

Joining us in conversation will be Kari Hamerschlag, a Senior Agriculture Analyst working in the Environmental Working Group’s California office. Prior to working with EWG, Kari worked for many years as a sustainable food policy consultant in the Bay Area, including a year long stint running a Farm Bill campaign for the California Coalition for Food and Farming.

Also joining us will be Kim O’Donnel, a trained chef, longtime journalist, and the author of the new book, The Meat Lover’s Meatless Cookbook. Formerly of The Washington Post, Kim has also written for many other publications and will begin writing a regular column for USA Today in November. She’s also a regular contributor to Culinate, where she hosts a weekly chat. In her work, Kim combines reportage and analysis on where and how our food is raised and grown with practical tips and advice on the kitchen life. Kim is also the founder of Canning Across America, a collective dedicated to the revival of preserving food.

Marissa Guggiana is the author of Primal Cuts: Cooking with America’s Best Butchers ; president of Sonoma Direct, a family business providing sustainably raised meats; and the co-founder of The Butcher’s Guild, a new organization to promote the art and interests of America’s sustainable butchers. Marissa is an editor of Meatpaper, a fellow with Roots of Change , and also sits on the board of Ag Innovations Network, an NGO that facilitates communication for stakeholders in regional food systems.