Dispatch from San Francisco: Summer on the Homestead | Civil Eats

Dispatch from San Francisco: Summer on the Homestead 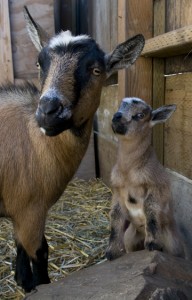 Here in San Francisco, we expect cold, foggy summers. I’m sure you’ve heard the ubiquitous quote wrongly attributed to Mark Twain, “The coldest winter I ever spent was the summer I spent in San Francisco.” Though no one is quite sure who authored this line, truer words have never been spoken. This summer took the cake though. While the rest of the country was blistering under oppressive 100˚ plus heat, we Friscans were wrapped in blankets contemplating using the fireplace in the middle of July. I promised my daughter that I would take her to the pool every day that surpassed 75˚. We went swimming twice. And the fog! It’s been like a lingering chest cold, hanging on long past its due course. In our neighborhood, we’ve hovered at a balmy 61˚ throughout the entire season. Cue tiny violins.

With such dreary weather, we had little hope for the garden producing much. To be sure, the tomatoes have had a rough go. We are half way through September and most of the maters in our front porch self-watering containers are small and green. The City by the Bay is not exactly prime tomato growing country, but we can usually eek out a few precious fruits. Maybe the fall will bring us a good harvest, though we won’t hold our breath on that one. I can barely bring myself to discuss the sad state of the zucchini. We didn’t plant much, knowing what excessive producers these vines can be. But with all the dampness in the air, powdery mildew crippled the plants once they began to fruit. We harvested a couple four inchers and that was that.

The garden wasn’t an entire bust. Spring crops of greens did extremely well and we have been harvesting kale from the same plants for over six months. Peas were also prolific this year. We grew four varieties and were able to put away several jars in the freezer. I am most proud of my artichoke plants, which I grew from seed. As of yesterday I counted 19 flowers on one plant! Looks like I’ll be making that Greek lamb and artichoke stew that I’ve been meaning to try.

Thank goodness we don’t look to our garden for all of our fresh veg. Our Community Supported Agriculture boxes and neighborhood farmers market keep us from starving in a bad growing season. Our goal at Itty Bitty is not 100% self sufficiency. We grow what we can and look to our local farmers for the rest.

However, plants are not the only thing harvestable in a city. This summer we took on the sun and installed solar panels on our roof. I’ve dreamed of reigning in those rays for more than 20 years and now I can hardly believe that dream has come true. Even with the federal and state incentives, the cost of solar can still be prohibitive to most regular folks. Soon after we purchased our home in 2006, we got a couple quotes from solar installers, both of which loomed at upwards of $50 grand. Ouch! Solar didn’t look like it was going to be in our near future. Then I met someone who made group purchases of solar panels for One Block Off the Grid. These guys hooked me up with cheaper panels, a reasonable installer, GroSolar, who in turn connected me with a company that financed the panels and installation, SunRun. The deal is we pay a monthly fee to SunRun, which is only a few dollars more than last year’s average electric bill; and any energy that our panels don’t produce we foot the bill to PG&E.  Not owning the system is a wonderful arrangement for us since we are not responsible for the maintenance of the panels and that is one less thing to worry about on the homestead. Last month, we produced almost all of our electricity, only paying PG&E for energy used on three days! I’m not sure how well we’ll fair in the winter, but for now we are basking in the joy that comes with watching the numbers on the meter run backwards.

I’ve saved the news of our most exciting harvest for last. Goat milk? We officially began stealing from the mouths of babes two weeks after our goat, Lucy, gave birth to her two kids, Fred and Ginger on August 30th. They are so adorable it feels almost criminal to be taking what nature had intended for them. Well that’s not exactly how it works. Goats have been domesticated for approximately 10,000 years and are thus well bred to produce more milk than their offspring require. It’s probably a pretty good deal for the goat. They get all of their basic needs covered, only giving up the goods a couple times a day. But until the kids move to their new home in November, we will only milk the mother once in the morning. That way we can all reap a bit of the bounty. We humans won’t feel too much like nefarious thieves and the kids will grow up to be nice and strong. It’s a fair trade.

We hope your summer’s harvest has been as giving as ours.