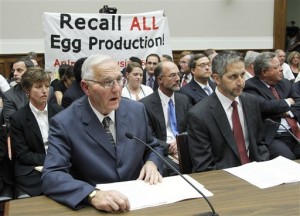 In a blockbuster-worthy hearing, complete with partisan bickering, a photo slideshow, and a witness pleading the Fifth, Congress yesterday grilled the executives responsible for two Iowa egg farms linked to over 1,600 illnesses.

Though Jack DeCoster, who owns the company at the center of the investigation, apologized to anyone “who may have been sickened by eating our eggs,” he and his son, Peter, who now runs the Iowa facility, were met with tough questioning from lawmakers.

“You have a history of over 30 years of Salmonella in eggs and a pretty sordid record,” said Rep. Henry Waxman (D-CA), chairman of the Energy and Commerce Committee, after a series of U.S. Food and Drug Administration photos of the facilities were shown. “Your facilities were not clean, they were not sanitary. They were filthy. You are a habitual violator of safety standards.”

Rep. Edward Markey (D-MA) echoed a similar sentiment: “Mr. DeCoster clearly has no regard for regulations until the point at which he actually gets caught,” he said. Markey also compared the conditions at the Iowa farms to the revelations in Upton Sinclair’s “The Jungle.” 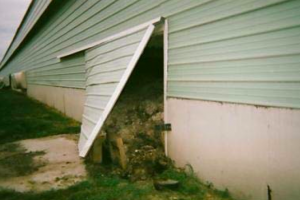 Jack DeCoster, his voice shaky at times, said that the history of violations were “complicated.” He and his son Peter disputed some of the FDA’s findings in their inspection report. They blamed Iowa weather for causing a backup in the removal of manure, causing the pile up cited by inspectors. They also said they believe the contamination likely originated in a bone meal ingredient they sourced for their chicken feed.

FDA officials maintain that the feed is only one of many possible ways Salmonella bacteria could have entered the Iowa facilities. The dozens of positive environmental tests, rodents, loose chickens, and open piles of manure the FDA found make it difficult to pinpoint the mode of contamination.

Orlando Bethel, president of Hillandale Farms of Iowa, was also on the list of witnesses but pleaded the Fifth before the committee, declining to answer any questions from lawmakers. In lieu of Bethel, the company’s production representative, Duane Mangskau, testified.

The Energy and Commerce Committee’s Subcommittee on Government Oversight and Investigations heard emotional testimony from victims, whose Salmonella infections were positively linked to the multistate outbreak and traced to the Iowa egg farms.

Sarah Lewis, a 30-year-old mother and wife from California, told her story and called for more regulation of the egg industry.  She became violently ill after eating tarts served at a graduation party and ended up in Intensive Care. “Your whole body from head to toe is in agony,” she said. 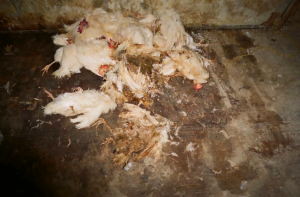 The three and a half hour long hearing–full of traditional political theater and dozens of repeated questions–was kept lively with some partisan outbursts.  Members of the panel dueled over the Senate food safety legislation, which has remained stalled for over a year.

“Please lift your hold and allow this vital safety legislation to move forward,” said Waxman, appealing to Senator Tom Coburn (R-OK), who has objected to moving the food safety bill forward under Majority Leader Harry Reid’s (D-NV) rules for debate. Waxman joined several other panel members in appealing to the Oklahoma Republican to remove his hold.

When ranking member Michael Burgess (R-TX), who supports the food safety legislation, tried to submit a Coburn statement to the record he was shut down by the Democrats in the room.  When he continued to object, subcommittee chairman Bart Stupak (D-MI) turned off his microphone.

For more of the most colorful moments of the hearing, use the hashtag #eggrecall on Twitter.

Photo: Austin J. DeCoster and his son Peter DeCoster with protesters behind, via AP. Conditions at a DeCoster facility, photos submitted for the record (h/t Bill Marler)