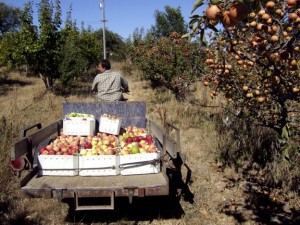 It’s a figurative time of reckoning for global biodiversity. In 2002, 188 hopeful nations gathered together for the Convention on Biological Diversity and launched a global initiative to set biodiversity targets for the next eight years. The countries assembled in response to the relentless loss of life, now well documented, across many biological kingdoms, and gathered as a concerned community with the noblest of goals: to reduce the alarming rate of biodiversity loss as “a contribution to poverty alleviation and for the greater benefit of all life on Earth.” In a similar vein, in 2006, the United Nations General Assembly, declared 2010 the “International Year of Biodiversity.”

How effective has all of that attention by the global community been the past few years? This year, the British newspaper the Guardian, reported that a coalition of 40 conservation organizations declared the efforts of the Convention on Biological Diversity an abject failure—not only failed to stem the rate of decline, but that “pressures on the natural world from development, over-use and pollution have risen since the ambition was set in 2002.”

Across the world, urban landscapes are on their own evolutionary path: meandering towards sameness, banality, regression to the mean and sterility of race, class, and vice. Driven by the destructive need for empire-building by an elite few, endorsed by their legislative hosts, cheered on by sycophant mainstream media, and fueled by the feckless capital, exhaustion and apathy of the masses, the beat somehow manages to go on. At least there remains a beat, for now. It is the monotony of desire, it seems.

In food and agriculture, diversity loss continues unabated, ominous soil erosion and water contamination threats build, islands of food scarcity persist, and the menace of industrial ag looms larger than ever. Even those prescient and selfless souls who sacrificed for the greater good and managed to plan for an uncertain future are increasingly under attack: the Iraqi national seed bank was destroyed during the war, and now the world’s first seed bank, in Russia, which has the largest field collections of fruits and berries from 40 countries, is threatened by developers.

To highlight just one example of the ongoing devastation of biodiversity at the core: in the U.S. alone, as recently as the 1800s, there were upwards of 7,100 distinct varieties of named apples (fueled in part by our national obsession with hard cider). Today, it is estimated that fewer than 300 remain. The rest are considered “extinct.” Consider what has/will happen to the following apples, likely unknown to many:

To discuss a tiny element of biodiversity in our foodshed and highlight some of the stalwart growers, producers, and nursery folk who dedicate themselves, against the odds, to preserving what remains, more than 70 San Francisco Bay Area community members came together at Viracocha, for another gathering of the Kitchen Table Talk series. “Heirloom” fruit—whether descended directly from family, or a non-commercial, long lost cultivar from the distant past—is a small, but meaningful, part of sustaining communities in Sebastopol, the Santa Clara Valley, and the Central Coast of California.  Heirloom fruit, as with most heirloom crops, are not just necessary for our ability to adapt to climate change, but they are also testaments to our diverse culture and shared heritage, while providing nutrition, visual delights, and spectacular unparalleled flavor.

Edward Bunyard, a nurseryman at the turn of the last century, wrote of the nectarine in 1934: “The peach came as we now know from China, but where and when it produced that happy freak, the nectarine, we know not.” Perhaps the real freak is not the nectarine, but the world’s second most cultivated fruit—the plum. In Japan, plums have managed to symbolize both “happiness” and “chastity” at once. A trick of another sort to be sure.

It was no surprise then that San Francisco played host to a celebration and show of support for those who are laboring against the odds on behalf of the “freaks,” in order to preserve diversity. Joining the conversation were: Terry Harrison, who for 20 years, together with his wife Carolyn, sold thousands of apple and pear trees for their Sonoma Antique Apple Nursery (now known as Trees of Antiquity); Bryce Austin, of Austin Heritage Fruit Ranch, who proudly grows plums, apricots, and avocados on the same land in Guerneville that his great grandfather homesteaded in 1862; and Casey Havre, of Loulou’s Garden and Lagier Ranches, who literally preserves heirloom fruit in many ways—all of them delicious.

Terry began by educating folks on the means of propagating fruit, explaining that fruit trees are not “true to seed,” remarking that, “those of you who have children understand this phenomena.” While Terry spoke, attendees tasted, many for the first time, spectacular “Fay Elberta” and “Baby Crawford” peaches from Andy Mariani’s unique orchard in Morgan Hill.

Bryce shared a personal story of the loss of his father when he was nine, and subsequent trial by fire amidst family orchard blocks named “Spring Orchard,” “Pea Patch Orchard,” “Above the Barn Orchard,” and the “French Orchard,” among others. He spoke of his mother, known in town as “the Apricot lady,” of long summers working in the orchard for money to buy clothes, and 100-year-old apricot and prune trees with unsurpassed flavor. While Bryce spoke, attendees enjoyed tasting his delightful “French Prunes,” “J.H. Hale” and “Rio Oso Gem” peaches, and amazing “Elephant Heart Plums” from Dry Creek Peach and Produce in Healdsburg.

Casey shared her connection to the land, the exceptional fruit of Lagier Ranches, and her personal journey as a child watching her mother and a dear friend and neighbor, Mrs. Volgaletti, preserve food. She poignantly noted that in those days, canning was “food for the poor,” done as much out of necessity as for taste. In contrast, at the time, they longed to “live better, electrically.” A recent trip to Slow Food International’s Terra Madre event reinforced Casey’s desire to cull from her land, and allow the unique expressions of the heirloom fruit and soil to speak for themselves. While she spoke, folks tasted her delicious Quince Jelly, rare “Bronx Grapes,” and “PawPaws” from Lagier Ranches, and “Hubbardson Nonesuch” and “Gravenstein” apples from Devoto Gardens in Sebastopol.

All of the speakers touched upon the blemishes that hinder the more widespread enjoyment of heirloom fruit today: their increased cost and attendant difficulty in growing, picking, storing, and transporting, and the all too common surface blemishes that stand in stark contrast to commercial, green harvested, “perfect” fruit from beyond.

In this year of biodiversity, I proudly stand, with all others in the Kitchen Table Talks community, alongside the tarnished, the squat, the misshapen, the unsightly, and the dappled. Our simple secret—that when you peel back the surface, ever so gently, you will see random and mesmerizing colors, smell ethereal and memory laden perfumes, and taste your wondrous new destiny. In short, “heirloom” fruit is life. And life is beautiful.

To find out more about additional ways to protect biodiversity and support heirloom fruit growers: