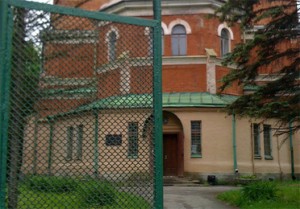 As droughts threaten the wheat harvest in Russia, resulting in a ban on exports there this year that is driving up prices abroad, something entirely different now threatens one of the world’s most extensive collection of fruits and berries at the Pavlovsk Experimental Station, a seed bank 19 miles southeast of St. Petersburg: development.

Perhaps one of the oldest in the world, the seed bank was started 84 years ago by Nikolai Vavilov, who died of starvation in one of Joseph Stalin’s labor camps in 1943. His seed bank was famously guarded by 12 scientists who eventually starved to death during the 900-day Siege of Leningrad, despite the fact that they were surrounded by edible seeds. Now, a court will decide on Wednesday if the “priceless” collection of 4,000 varieties from all over the world–which includes 1,000 types of strawberries, and 100 varieties each of raspberries, gooseberries and cherries–will be handed over to the Russian Housing Development Foundation to be cleared for housing.

Unlike the Svalbard Global Seed Vault in Norway, which maintains an immense dormant seed collection, Pavlovsk Experimental Station is an field seed bank, which means that all of the seeds must be regularly planted and saved. Currently, tens of thousands of plants are in the ground, and scientists argue that it would take years to move without the risk of losing varieties.

The erratic weather in Russia, as well as in much of the rest of the world, should be a wake up call reminding us why seed banks are so important: they give scientists the genetic material with which to develop varieties that can thrive in our planet’s changing climate. Ninety percent of the varieties in the Pavlovsk collection are unique–meaning that if its soil were turned under there, thousands of varieties of fruits and berries would be lost to the world.

A campaign is underway to bring attention to the potential loss. Dr. Cary Fowler, director of The Global Crop Diversity Trust, a Rome, Italy-based organization that has focused in on the seed bank’s plight, had this to say to the BBC:

No country is self-reliant, in terms of having the diversity it needs now and certainly will need in the future, for breeding a variety of crops…

Breeding is an ongoing activity because pests and diseases are always evolving and the climate is changing. We’re always trying to make more productive, drought-tolerant and heat-resistant crops.

This is the raw material for doing all of that – particularly with the changing climate. The biological resources conserved in one country could be very valuable to another country, another continent.

We’re all interdependent and that’s why this unfolding tragedy at Pavlovsk is a concern to people outside Russia as well.

Other scientists have chimed in in agreement. From the Independent UK:

Norman Looney, president of the International Society for Horticultural Science, based in Leuven, Belgium, agreed the collection was unique. He said that with world food production likely to move north as a result of climate change, “these genetic resources will become even more important”.

Jim Hancock of Michigan State University, one of the world’s leading strawberry breeders, said the collection housed many Russian varieties that were exceptionally hardy and disease-resistant. “It would be a major tragedy if the collection were lost,” he said.

In December 2009, one-fifth of the seed bank’s land was given to the Russian Housing Development Foundation. Scientists at the Vavilov Research Institute of Plant Industry, which oversees the Pavlovsk Experimental Station, appealed the decision but lost, leading some to speculate about how the collection might be moved. But it would be a huge undertaking. Funding would have to come philanthropically, since seed banks are not by their nature commercial enterprises. Also, the seeds, most of which cannot be saved by drying or freezing, would have to be expedited through quarantine programs should they need to cross the border to get to other institutions. “There are so many technical hurdles to overcome to rescue that collection quickly that I’m afraid we’re going to be standing at the gate, watching extinction take place before our very eyes,” Fowler told the BBC.

Fowler, in a recent piece on The Huffington Post, requested that individuals to send the following Tweets to the Russian President Dmitri Medvedev, who recently joined Twitter:

Or, if you feel like it, try it in Russian:

You can also write a letter to the Kremlin here.

The Kremlin has yet to respond to outside entreaties to save the seed bank.