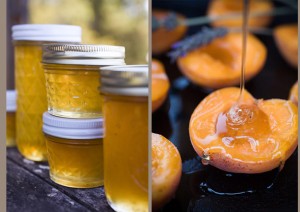 Sara Remington is the kind of photog that can make a bunch of radishes look beautiful. And she’s able to do it with the minimum of propping, gadgets or digital tinkering.

Clearly there’s art, a good eye, and a bit of magic to her elegant images of everything edible.

Remington, who works out of a light-filled studio in Emeryville, just east of San Francisco, is in constant demand for her food and farming frames and her portraits of food folk. Awarded a 30 under 30 honor for emerging photographers in 2006 by Photo District News, her long and growing list of book credits and editorial clients speaks for itself. 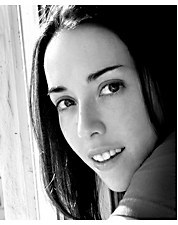 Her images (she’s a Canon camera gal, for those who care about such things) have graced the covers of several recent books, including Romney Steele’s My Nepenthe, about the iconic eatery perched on a cliff in bucolic Big Sur, The Big Sur Bakery Cookbook, and Mixt Salads, by Mixt Greens guru Andrew Swallow.

Up next, by Laura Catena, Vino Argentino, which as its name suggests, is an homage to that Latin American country’s wine regions, The Wild Table, a foraging book by well-known gleaner Connie Green, and My Calabria, a Southern Italian food and wine cookbook courtesy of Rosetta Costantino.

I caught up with Remington, who enjoys anchovies and stinky cheese, between photo shoots.

Did you always want to shoot food?

I didn’t make some conscious choice to do so. My boyfriend is a professional cook and I started out almost accidentally, shooting plates of food for him, and I discovered I really liked it.

What’s your relationship to food?

I’m a bit of a late bloomer. I was raised in upstate New York and when I moved to California six years ago that really opened my eyes to the variety and diversity of vegetables and fruits available, and the whole concept of farmers’ market fresh, local produce. That’s when I began to see the beauty in this raw, unprocessed food grown in fresh air, in organic soil, under natural light. 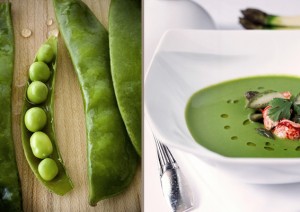 What’s your philosophy behind the camera?

I try to keep it simple. I like to use natural light as much as possible and I don’t work with tons of equipment.

I don’t want my photos to just be another pretty image. I want them to have personality and tell a story.

Take this peach. I want you to think about where it was grown, when it was picked, and how it might taste. And I want it to evoke memories of, say, when you were a child and your mom made peach cobbler, or the feeling of peach juice running down your face, or a summer you loved, or picking fresh fruit from a farm, or whatever the fruit brings to mind.

And I want to do all that with integrity, in an artistic, fun, and creative way.

Tell us a little about your professional background.

I’ve been shooting for about six years, and it’s only in the last year or so that I’ve been able to solely focus on editorial and commercial clients. I’ve made a living wage doing this for about four years now, but I have very little overhead — no kids, no mortgage, no car or school payments.

Before that, my bread-and-butter gigs were weddings. Often high-end weddings that involved travel and an editorial sensibility, but weddings nonetheless.

And you know, there’s nothing wrong with shooting weddings. It’s given me a buffer, there’s no shame in it, and I’d go back to it if I needed to pay the bills.

I didn’t start my career, as many food shooters do, by assisting a more experienced food photographer. I assisted people with stories to tell. I think that helped me develop my own style rather quickly. I didn’t feel the need to mimic someone else’s approach. 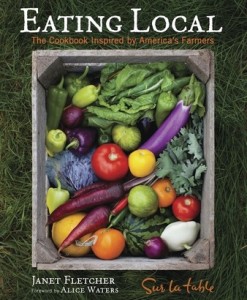 Where do you look for inspiration for your work?

I venture away from photography and find inspiration in art, whether it’s a museum or a small gallery, or in film.  And, of course, in nature. I like to observe color, light, and angle. Maybe it’s watching a blade of grass in the wind, or finding the beauty in someone’s wrinkles, or admiring the saturation of a Dutch Vermeer.

What do you like most about working on cookbooks?

It’s a collaboration with a team. When it works well you’re all coming up with creative ideas, expressing them, and executing them in a way that makes everyone happy.

What’s your idea of a dream project?

My own book — not necessarily food — where I got to spend a lot of time getting to know my subject and location.  Since I like to travel and I always wanted to be a photojournalist I’m thinking somewhere in South-East Asia or Africa where I could, literally, sit with people and get to know them before I even picked up my camera.

Do you have advice for aspiring shutterbugs?

Make a journal full of images you collect that inspire you. It can be as simple as a binder that you slot photos in that you really admire.  Find time to study what about the pictures — their composition, color, and light — draws you in.

Can you recall an amusing anecdote from a photo shoot in the field?

Right after I got out of school I went to L.A. and decided I wanted to focus on what downtown strippers did during the day, when they weren’t working in the clubs.  So I started hanging out with these women, for about six weeks.

It didn’t really go anywhere. It turned out not to be that interesting.

One of the stripper’s quit while I was there, so one of the managers asked me if I wanted to take her place.  That’s when I knew it was time to go. 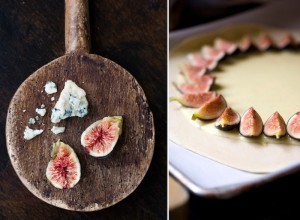 Do you have an adventure in food photography you care to share?

On location for Eating Local I was on a farm about to shoot a beekeeper who was opening a box, letting the bees out. For whatever reason, the bees were pissed off that day and they started landing all over me, they got caught in my hair, even though I was in a bee suit I got stung on my head about 20 times. It was pretty painful, awful really.

But I can imagine, seen from afar from the road, it probably looked pretty funny watching this woman running around crazily in circles trying to get a bunch of bees off her head.

Despite how much it hurt, I got the shot.

This is a condensed version of a post that originally appeared on Lettuce Eat Kale.