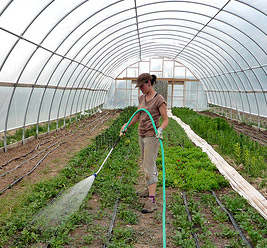 At any given point over the last several years, David Retsky of County Line Harvest has hosted between one and three interns on his farm. Interns have staffed booths at farmers markets, supported his core crew of farm laborers, and they’ve had the opportunity to learn about the inner workings of the business. In return, he’s provided them with room and board and $300 per week.  “It’s a resume builder and they get to find out if they really like agriculture,” says Retsky. “It’s been a win-win.” A win-win, that is, until he had a visit from a California Division of Labor Standards Enforcement (DLSE) official. The DLSE audited County Line and fined Retsky $18,000 for payroll violations. Now he turns down all of the two to three requests he gets a week from young people hoping to come to the farm.  A number of small-scale farms have been fined for similar offenses, and there’s a growing consensus among farmers that interns — who, by nature, are compensated in nontraditional ways, with some combination of education, food, housing, and payment — aren’t worth the risk.

Internships have a long-standing role on organic farms — and for good reason. Labor is generally the biggest expense for these farmers, who rely on elbow grease over the work of synthetic pesticides and fertilizers. Internships and apprenticeships are also seen as crucial in the development of new farmers. In Washington state, a law was recently passed allowing farms with gross sales of less than $250,000 a year to create internship programs; it was said to be helping “continue the legacy of Washington’s farmers for generations to come.”

Such a law could be transformative in California, where the options for new farmers looking to get real world experience are slim and farming education programs are often seen as costly and competitive by comparison. The nine-month apprenticeship program at the Center for Agroecology and Sustainable Food Systems at UC Santa Cruz, for instance, costs $4,800 and accepts 35-40 students each year.   Retsky gained his experience over the years as an intern and apprentice on multiple farms, and worries about what this shift could mean for the larger sustainable food landscape. “Interns who come here learn a sense of responsibility and a work ethic,” he says. “I was a kid from Beverly Hills – I didn’t even know that a carrot grew in the ground! I was raised to use my brain and not my hands and I needed to learn how to work. That’s the case with a lot of kids today. ”

David Little of The Little Organic Farm has hosted many interns on his farm over the years, but has recently taken a precautionary measure. Since internships established through a church or nonprofit fall within the law, Little now hires interns through Multinational Exchange for Sustainable Agriculture (MESA), a program that connects young farmers from outside the U.S. to training and cultural exchange opportunities here.  Little pays MESA $975 every month; MESA pays the interns and provides orientations, administrative infrastructure, and insurance. It costs David nearly twice as much as he was paying interns before, but he says it’s worth the peace of mind. When he gets other requests from young people within the U.S., he says, “I tell them to call the state and voice their opinions.”  Little believes the recent focus on small farms has created a “climate of fear” in California, and he suspects that corporate agriculture interests may have advocated for increased enforcement of the laws. He was among a number of Marin County farmers who met with labor officials in April to discuss the issue. “The Farm Bureau lawyer at the forum referred to this change as ‘leveling the playing field,’ he says, “the good news is that small farms are making enough of an impact to be a threat to corporate ag.” 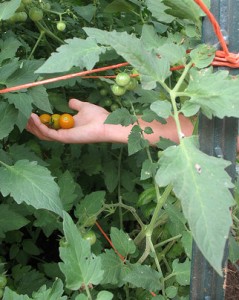 It’s telling that many farmers don’t feel comfortable speaking about internships on the record. One Northern California-based farmer says she is currently working with a lawyer to draw up contracts that allow for an officially binding educational “live/work” situation on her farm, but she doesn’t feel comfortable sharing her name at this point.  “We put people on payroll, to fully cover workman’s comp and payroll taxes. On top of room and board, around half their time (14-20 hours) is paid minimum wage.” The rest, she says, is designated as educational time. “We’re formalizing what we’re trying to teach, so there will be formal tutorials on grafting, jam-making, animal husbandry, etc.” One possible approach the farmer is looking into is charging for an educational program, and then waiving the fee when applicable.

While interns bring youthful energy and ideas, many farms rely heavily on farm workers who are new to the country (as many as 70 percent of whom are undocumented). They do most of the hardest, most unpleasant work for an hourly wage, but have few other options. The fact that these crews work as hard as they do makes it tough for many small-scale farmers (working on a shoestring budget) to rationalize paying interns full-time salaries. As the woman farmer mentioned above sees it, “you cannot hire your basic American to spend eight to nine hours in an orchard.”
Internships aren’t the only underground aspect of the U.S. agricultural system; forged documents, false identification, and under-the-table pay are also commonplace. In a broken system, many farmers find themselves doing what they can to make things work. “The immigration and internship issues are very linked,” says the farmer. “They’re two impossible situations, legally, and yet we have willing workers in both cases.”