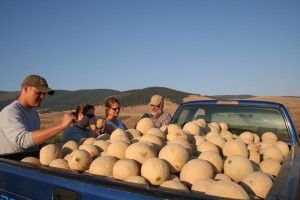 With one in three children (and one in two children of color) overweight or obese in this country, the health of America’s kids is under the microscope and, for the first time in our history, children born now will not live as long as their parents. Michelle Obama has launched her Let’s Move campaign, and chef Jamie Oliver’s Food Revolution brought the school cafeteria to television. But as Oliver’s program showed, one of the biggest barriers to changing kids’ health outcomes is a lack of dedicated labor and expertise.

That is where FoodCorps comes in, an AmeriCorps program that would put service members to work building school gardens and establishing farm-to-school relationships in towns across the United States, specifically in places lacking regular access to fresh produce. A collaboration between the National Farm to School Network, Slow Food USA and other groups, the FoodCorps team has raised more than $215,000 from the Kellogg Foundation and AmeriCorps to develop the program, which could begin as early as 2011.

AmeriCorps began in 1993 as a domestic service program similar to the Peace Corps that mostly recruits new graduates. As more and more young people seek to get involved with farming and food access initiatives, FoodCorps would provide volunteers with the opportunity to work in this field while earning a modest living, health care benefits and a chance for additional money after their term of service is fulfilled to use for future schooling or to pay off educational loans.

In working through the framework of AmeriCorps, the program utilizes existing funding avenues to get programs up and running on the ground. Unlike the Child Nutrition Act, which determines the funding for school lunch and continues to suffer delays in Congress–and which some argue does not allocate enough money to make significant change–FoodCorps could make a difference in child nutrition more swiftly.

““FoodCorps will deliver a significant additional infusion of resources in just a handful of schools: the places where childhood obesity has hit hardest and healthy food is most urgently needed,” said Curt Ellis, a member of the planning team and co-creator of the documentary film King Corn. “The program complements existing school food programs, without being constrained by their challenges.”

The impetus for the project was the Kennedy Serve America Act, which will raise the number of available AmeriCorps volunteer positions from 75,000 to 250,000 by 2017. The FoodCorps team has also taken inspiration from similar successful programs utilizing state-based AmeriCorps funding in Montana, Wisconsin and Iowa. The planners will take the best of these models and scale them up to produce the first national program focused on farm-to-school procurement and school garden-based education.

Crissie McMullan, who started Montana FoodCorps and is now on the planning team for the national program, said one of the difficulties faced by FoodCorps service members in Montana was finding local food for the federal reimbursement rate of around one dollar per child per meal. But it wasn’t impossible. “One Montana FoodCorps member figured out that some apple growers had a surplus of fruit too small to sell at the farmers market,” she said. “Those apples were a perfect fit for the schools, who saw them not as ‘too small’ but instead as ‘kid sized.’”

The program also aims to raise the profile of the profession of farming, and thereby inspire newcomers to consider the occupation. “FoodCorps provides a gateway into careers in food and agriculture for a generation of young service members who want to get their hands dirty,” said Ellis. “To me, that’s what makes the program so exciting, that we serve the communities where we are working by getting fresh healthy food into school systems and teaching kids where food comes from, and we serve the service members in the program by giving them an opportunity to try their hand at farming, and see if that is a career they would like to pursue.”

The FoodCorps planning team will be hosting a summit in Detroit May 19-20 that will bring together leaders in school food issues, former AmeriCorps service members, farm-to-school program coordinators and more to discuss the future of the program.