Senate Gears Up for Action on Food Safety | Civil Eats

Senate Gears Up for Action on Food Safety 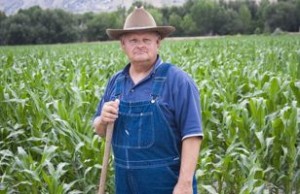 After months of uncertainty, the Senate is expected to bring pending food safety legislation to the floor within the next week.

The FDA Food Safety Modernization Act (S. 510), has been stalled behind health care reform and other priorities since it was unanimously voted out of committee in mid-November. The coalition of interests supporting the bill, which includes the major food industry groups, public health organizations, and consumer advocates, and Senate staff working on the bill have been waiting for a break in a busy legislative schedule to bring the bill to the floor where it is expected to pass easily with broad bipartisan support.

Though S. 510 has the coalition needed to clear the Senate–which some would consider a miracle in this political climate–the small, sustainable agriculture community is still voicing serious concerns about certain provisions in the bill which, they contend, will stifle small-scale, local food production.

Eighty-seven groups, including the Center for Food Safety, Food Democracy Now!, R-CALF USA and dozens of food co-ops, recently signed a letter in support of an amendment proposed by Senator Jon Tester (D-MT) that would exempt small, local processing facilities from the bill’s hazard analysis and risk-based preventative controls and traceability requirements.

“Farmers and processors who sell directly to consumers and end users have a direct relationship with their customers that ensures quality, safety, transparency and accountability,” said the letter.  “In addition, small-scale food producers are already regulated by local and state authorities, and the potential risk their products pose is inherently limited by their size. For these farmers and processors, new federal requirements are unnecessary and would simply harm both the food producers and their consumers.”

In anticipation of the Senate vote, there have been a flurry of action alerts from dozens of ag groups to garner support for several amendments to lessen the impact of federal regulation on small farmers and producers. “There’s no doubt that industrial agriculture needs better oversight. But family-scale local and organic farms are probably the safest in the nation–they are part of the solution, not part of the problem–and need to be protected,” said The Cornucopia Institute in an action alert last week.

The notion that small farmers and producers are not the source of the nation’s food safety problems is a common theme in the dozens of alerts circulating via Twitter, email, and Facebook.  But the coordinated campaign for federal food safety reform, driven by the Make Our Food Safe Coalition, of which the Pew Charitable Trusts, Consumers Union, the Center for Science of Public Interest, and the Grocery Manufacturers of America are all members, does not support federal exemptions.

“We do have issues with anything that provides any blanket exemptions,” Sandra Eskin, director of the food safety campaign with The Pew Charitable Trusts, said in an interview. “Food should be safe regardless of its source–big processor, small farm, conventional operation or organic grower. We can talk about scale-appropriate regulation, but not exemptions.”

The National Sustainable Agriculture Coalition (NSAC), is also working with Senate staff to get specific provisions in the manager’s amendment (a group of amendments both sides of the aisle agree upon before debate). NSAC wants the FDA to focus “only on those on-farm processing and co-mingling activities that present significant risk for causing for foodborne pathogen contamination” and ensure food safety performance standards are based on scientific risk assessments. They would also like to see traceability requirements relaxed and a shift to a progressive fee structure–the House version, which passed in July, calls for a $500 flat registration fee per food facility.

Aimee Witteman, a spokeswoman for NSAC, said last week that, though the situation remains uncertain, she is optimistic that some of NSAC’s concerns will be addressed in the manager’s amendment.

If all goes as planned in the Senate, a final bill could be on the President’s desk within a few weeks. Both House and Senate versions give the agency mandatory recall authority, require more frequent inspections, and ask food facilities to implement food safety plans. The legislation incorporates key recommendations from the President’s Food Safety Working Group, which was launched shortly after the massive, multi-state Salmonella peanut outbreak in early 2009.