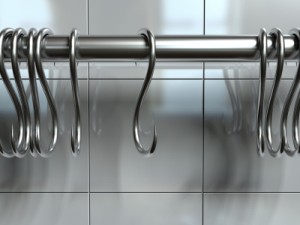 I blame Bakesale Betty.  If the blue-haired Aussie-American Alison hadn’t lured me into her store with lamingtons and sticky date pudding I would never have succumbed to the charms of her legendary fried chicken sandwiches, which cause perfectly sane people to line up on Telegraph Avenue in North Oakland. For a sandwich. I kid you not.

It also doesn’t help that Bakesale Betty is on my way home from my editing gig and I’m often ravenous as I drive by, doing a quick scan to see if there’s 1. a line snaking down the street or 2. any parking.

If the parking gods and queue karma are on my side, I’m in and out with one of her sandwiches before you can say hello hypocrite.

Let me explain. I’ve been a vegetarian since I was 17, when I gave up meat in what my mum, a good cook, viewed as just another one of my rebellious teenage acts. Despite growing up in a meat-loving land, where the backyard barbie rules, I became a greens and legumes kinda gal.

For more than a quarter of a century, I lived the veg life. To be precise, I guess I’m technically a pescatarian, as I sometimes eat seafood. Especially in my hometown, Sydney, because — news flash — fabo fish to be had Down Under peeps.

So how to explain the recent chicken sandwich obsession? What can I say? I think I’m having a middle-aged meat crisis. Some 20 years ago I introduced the man who would become the father of my child to the virtues of a vegetarian diet. Hell, I married him at Greens. My 11-year-old kid has never, ever eaten an ounce of animal flesh.  (His choice. I’m no zealot.)  My blog is called Lettuce Eat Kale. I’ve watched Food, Inc. I frequent farmers’ markets. You get the idea.

I should be a poster girl for a pro-produce life.

And yet…a couple of years ago around a certain time in my cycle I began craving protein. No worries, fish usually did the trick. Then I started to slip a bit when sharing food at ethnic restaurants around town. Chicken raised with love, care, good feed, and bucolic views began to find its way into my mouth. What the heck was happening?

I wasn’t sure, but I suspected hormones played a role. I also knew I wasn’t dealing with this particular omnivore’s dilemma on my own.  My friend Connie was a vegetarian — until she got pregnant with her first kid 16 years ago. Then it was off to the steak house for her and she’s never looked back.  My dance instructor, Amara Tabor-Smith, eschewed animal protein for decades — she didn’t like the texture — and is now tentatively getting reacquainted with meat.

I’d always assumed, along with many others I suspect, that vegetarian cookbook superstars Deborah Madison and Mollie Katzen didn’t eat meat. Not so, I discovered in the past year during chats with both chefs. Mollie describes herself as a “meat nibbler,” and Deborah’s not opposed to the occasional piece of grass-fed, local beef.

Their most recent books, Get Cooking by Mollie, and What We Eat When We Eat Alone by Deborah, include meat recipes. Still, both women favor a diet where greens, grains, and legumes dominate the dinner plate.  Mollie supports the Meatless Monday campaign and both believe most meat eaters would do well to eat less animal and more plant foods.

Eating meat after years — or even a lifetime — of a solely plant-based diet seems to be something of a trend. For people who chose vegetarianism for ethical or environmental reasons, sourcing meat sustainably is now often a viable alternative to factory-farmed animals, and so some have decided to include it sparingly in their diet.

(Bucking this seemingly female shift, is wonder boy writer Jonathan Safran Foer, who dabbled with vegetarianism for years but fully committed after he became a pet owner. He will probably convert masses to the cause with his description of chicken fecal soup and other horrors of industrial animal slaughter in his recent book, Eating Animals.)

In this confusing time, I feel I’ve found a kindred spirit in Tara Austen Weaver, the warm and witty writer who blogs about meat and many other food matters at Tea & Cookies.  I can so relate to the mental tug-of-war that underlies her recent book The Butcher and the Vegetarian: One Woman’s Romp through a World of Men, Meat, and Moral Crisis.  Tara didn’t have a choice in her vegetarian childhood — she was raised that way by a Northern California hippie mama.

Several years ago, she started exploring eating meat for health reasons.  Her descriptions of buying, prepping, and cooking meat resonate with me because I haven’t actually ever gone and purchased a chicken or, um, chicken bits and made dinner. That notion makes me feel nauseous, to be honest. I don’t even like looking at raw meat.

I know, I know, I’m the worst kind of turncoat. I leave the house to get a bit of hot flesh on the side. When my son stopped by home unexpectedly the other afternoon, I found myself hiding aforementioned cluck, cluck sandwich before opening the door. Clearly, I have some conflicted feelings about my dietary changes.

So what to call myself: A lapsed vegetarian?  A vegetarian who cheats?

I thank the funny Adair Seldon of Lentil Breakdown for introducing me to the term flexitarian, which seems to fit for now, loathe as I am to saddle myself or anyone else with a label.

For the record, I seem to have no desire to move on to “harder” meats, like beef, pork, or lamb.  (An aside: Why isn’t it cow, pig, and sheep? I suspect it’s a way for many of us to remain in denial about where meat actually comes from.)

And I’ve never had any interest in eating creatures I see on hiking trails such as ducks, rabbits, quail, deer, elk, and the like. But since chicken is becoming a somewhat regular fix (once or twice a month), I’ve learned never to say never.

My vegetarianism stemmed in part, from my inability to kill an animal, hence my healthy respect for folks like Novella Carpenter, who don’t flinch at taking responsibility for ending the life of an animal they’ve raised for food. I feel cowardly in the carnivore arena by comparison.

Penning this post has probably blown my chances of ever writing for Vegetarian Times or VegNews (though I do think this topic is one such mags would do well to cover.)

But you won’t find meat recipes on my blog, although I’m sure some veggies will unsubscribe in disgust at my wishy-washy vegetarianism.

That would be a shame. Because I am still the girl who obsesses about eating greens. Nothing makes me happier than a meal packed with produce. I am, to borrow a term Mollie Katzen used in a recent story on Civil Eats, very much a pro-vegetable person, a vegetabilist.

And I view healthy eating in much the same way I see sexuality.  In my mind, most humans are basically bisexual, it just depends where on the spectrum you fall in terms of how you define your sexual orientation.

Similarly, we’re probably all on an omnivore continuum, with some of us falling firmly on the carnivorous end and others of us way down on the other end of the line very much in vegetarian or even vegan territory.

In the end, come dinner time, it’s a personal choice what we put on our plate and the justifications we make with ourselves and our sometimes contradictory culinary choices are our own to live with as we figure out our place on the food chain and what our bodies need to stay well.

I welcome your thoughts below.