CITES, Biodiversity Loss and the Culprit: Intensive Fishing and Farming 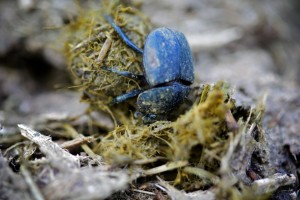 Governments from 175 nations are gathered in Doha, Qatar this week to discuss the Convention on International Trade in Endangered Species (CITES). High up on the agenda is a potential trade ban on bluefin tuna, supported by both the US and Europe, which would allow time for the species to recover before it can be traded again. Japan, where bluefin is a delicacy and where 80% of the fish is consumed, is strongly opposed to the move — despite convincing scientific evidence that the species is nearing collapse.

According to Charles Clover, journalist and author of the book The End of the Line, the Japanese press has arrived in Doha en masse, and “have been placing stories saying that the attempt to ban international trade in the bluefin is an attack on the Japanese custom of eating fish.” Yesterday’s report from Clover indicated that an Appendix II listing for bluefin is in discussion, which he says would equal “business as usual.” The film version of The End of the Line (reviewed here on Civil Eats) gave photographic evidence of the shady deals surrounding bluefin, including the fact that the Japanese company Mitsubishi is currently stockpiling the fish and now controls 60% of the trade.

While the bluefin has become a hot topic due to its sought after flesh, many endangered species get regularly ignored — even though we are currently seeing a “sixth great extinction” — one of the largest losses of biodiversity since the disappearance of the dinosaurs, according to Harvard biologist and two-time Pulizer prize-winner E. O. Wilson. Unlike the species we eat, most people don’t see how the loss of an insect in a random region in the Amazon, for example, could affect our day-to-day lives. However, a similar loss to the one at the time of the dinosaur extinction, according to Wilson, would take the earth 5-10 million years from which to recover — a period in which plants or insects could become the new dominant species, overtaking mammals.

Wilson cites biodiversity loss as directly related to the increase in human population, and thus our consumption. In his book, The Diversity of Life, he writes:

The prospects for biodiversity can be summarized by the following imagery of the bottleneck. The world’s human population will increase by about a third before peaking within a century or so, then commence a slow decline. If the number at maximum is not greater than 8 billion, everyone can, in theory at least, be housed and fed. However, the already intense pressures on the last remnants of wild biodiversity might easy grow fatal for a majority of remaining ecosystems and their distressed species of plants and animals. The only way to carry biodiversity safely through the bottleneck of this critical period is by a combination of scientific and technological innovation, abatement of population growth, and environmental education, guided by a redirection of moral purpose.

Just to get a greater sense of the kind of havoc the human animal (we are, after all, a species among those in the kingdom animalia) is wreaking, take for example the ecosystem on which we most rely for our very sustenance: the soil. Insects, protozoa, bacteria, nematodes, worms, fungi and others, representing nearly one million different recognized species, call the earth’s crust home and have been relied upon for centuries to help make the soil fertile. (This is why the dung beetle, aka scarab, pictured above, was so revered in ancient Egypt.) These species’ work is unquantifiable, and we have yet to understand their full significance, nor do we even know the breadth of different species living there. Yet unfortunately, intensive agriculture continues to call for millions of pounds of pesticides, chemical fertilizers, and deep tilling, resulting in a destroyed ecosystem: dead soil. Furthermore, the favoring of a handful of plant species is at the expense of the other 250,000 known plant species, and the thousand of species of animals whose habitats are destroyed when new mono-cropped fields are plowed.

George Monbiot, writing yesterday in the Guardian, had this to say about loss of species due to intensive farming:

The rightwing thinktanks that demand a further intensification of farming argue, as they always do these days, that their real concern is not the welfare of the rich (the businesses and bosses who pay them to develop these arguments) but the welfare of the poor. If we were to farm with wildlife rather than only profit in mind, the decline in productivity would raise the price of food, at an intolerable cost to the poor.

There is some truth in this, as far as it goes. But I have never heard these people argue on the same grounds against unregulated urban sprawl, which every year takes millions of acres of good farmland permanently out of production. Far from it: they demand the scrapping of planning rules. Nor do I see them making the case for reducing the rich world’s consumption of meat, to release grain for feeding humans. The immediate choice we have to make is not between biodiversity and feeding the world, but between biodiversity and blithering stupidity.

Monbiot is right (though I disagree with the idea that a decline in productivity would be the end result of a change in farming practices). However, he is missing the point here: we don’t have a choice, in the face of mass extinction, but to farm with nature. Modern farming is the primary way that we are putting hundreds of thousands of species at risk everyday, and its destructive techniques are at the root of the “sixth great extinction.”

In The End of the Line, one of the scientists interviewed says that we have just gotten too good at catching fish with technologies like sonar and modern fishing equipment. The Europeans recognized this too, when they made their support for a ban on bluefin conditional on leaving out “artisanal” fisherman in “small boats.” I’d say its time we start talking about “artisanal” farming, too — on small farms: farming that serves to protect biodiversity, and thus our future on this planet.

Photo: Dung beetle building a ball of elephant dung, spreading the fertility on the land. By Yann Mabille