Blowin’ In The Wind: The True Meaning Of ‘Ag Unity’ | Civil Eats

Blowin’ In The Wind: The True Meaning Of ‘Ag Unity’ 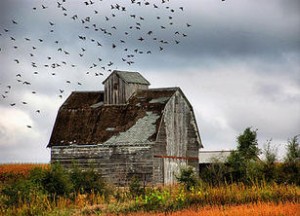 Of the 50 or so food and farm conferences I’ve attended in the last several years, the Drake Forum for America’s New Farmers: Policy Innovations & Opportunities held March 4-5 in Washington, D.C., rises to the top. Actual farmers — not just commodity crop growers but innovative “agripreneurs” like Xe Susane Moua from Minnesota and Rosanna Bauman from Kansas — got to tell the USDA what they needed to survive.

But were policymakers listening? Many of the invited speakers with a political row to hoe seemed to be concerned about one segment of farmers in particular. Secretary of Agriculture Tom Vilsack kicked off the conference with the message that to preserve and grow rural America, which is the heart and soul of this country, we need to stop thinking about big versus small and start thinking more inclusively. He shared the usual dismal statistics — the increased unemployment in these areas, the lower per-capita income, and how more than 57% of rural counties have shrunk. All to say, what we’ve been doing to conserve and grow rural America isn’t working.

Among the alternative strategies the administration has launched recently is the Know Your Farmer, Know Your Food initiative, intended to shore up the shrinking numbers of farmers. There are tremendous opportunities to build on local and regional supply chains through connecting local products to local consumption, Vilsack noted, but then quickly followed with “it’s not the only answer, though.”

Bill Even, South Dakota’s Secretary of Agriculture, picked up that thread. He began by asking the Republicans in the room to raise their hand: a paltry 5 out of 200 shot up. After praising the USDA’s Know Your Farmer initiative for helping to reconnect society to the soil, he got to the message that he repeated throughout his 10-minute speech: “Don’t disparage one type of agriculture” — by which he meant conventional, large-scale industrial “production” agriculture. Quoting his mother, he said that “blowing out someone else’s candle doesn’t make yours burn brighter,” and echoing Vilsack, he ended with how “this is a big tent for all types of agriculture.”

I presented at the Drake Forum on behalf of beginning farmers (along with Zoe Bradbury, a young farmer and Grist contributor) and to share how Farm to School programs offer a new, stable market for farmers and an opportunity to teach agriculture literacy to youth. After Dan Durheim from the American Farm Bureau Federation made comments along the same lines as Even and Vilsack, I felt it necessary to make a pointed comment to the closing plenary:

There seems to be a common thread throughout this panel, that started off with the Secretary’s welcoming remarks that there’s plenty of room at the USDA and in food and farm country for all types of agriculture, and to not be down on certain practices. But if we had done that in the 1860s, we never would have abolished slavery because slavery “worked” for plantation owners. When atrazine is creating infertile rural populations, it’s not about “blowing out a candle” — it’s about putting out a fire.

I found the chutzpah to make that comment because I had Even’s children in mind; he had mentioned his 16-year-old son in his remarks. Being a Midwesterner, however, I felt the need to tell him later that I wasn’t attacking him personally, just the logic he used to come to what I thought was a short-sighted conclusion, to which he responded, “yeah, you kind of threw me under the bus.”

Even had started his presentation with, “To understand where someone stands, you need to know where they stood,” so I outlined my own rural conservative roots and told him I come from a farming family. I wanted him to see that I am not just some liberal academic pointing fingers at farmers, but that we share in many ways a common background from which I have diverged. While yes, there “is room for” all types of agriculture, I believe we must acknowledge that some types of agriculture are broken — making us and our land sick, and draining our rural communities of youth.

Even said he agreed with me. That if agriculture doesn’t make sense “economically, scientifically, or socially, then it has to change.”

He said he was meeting Tuesday in South Dakota with a group called “Ag Unity,” which he implied is to bring opposing groups working in their proverbial rural silos together. But the only description I can find of Ag Unity is for “an umbrella group of some 20 agriculture-related groups” that sounds a lot like they’re all hailing from the same side of the commodity-focused production fence.

Phrases like “big tent” and “ag unity” make for good speeches but bad policy when it comes to the next generation of farmers. Real unity is about finding common ground for “mother nature and the workers, the reapers and the threshers, the seedlings and the raindrops, the bakers and the truckers, the ranchers and the farmers, the butchers and inspectors, the cows and special cheffers,” as the fifth graders from Elysian Charter School sang in “Who Put That Burger on Your Plate?” (the winning video in last year’s “Real Food Is” winning Farm to School contest). And that’s going to take leadership that’s not afraid to level the growing field through targeted procurement and research funding.