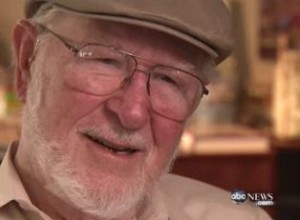 In the age of corporate consolidation, one business owner has refused to sell his multi-million dollar company, and instead has handed it over to his 209 employees this week, who he considers a ‘second family.’ Bob Moore, owner of Bob’s Red Mill Natural Foods, started his business selling organic whole grain products in Portland, Oregon in 1978.

“Its the only business decision that I could make,” Moore told ABC News. “I could not sell the company. I don’t think there’s anybody worthy to run this company but the people who built it.” He continued, “There is a lot of negative stuff going into business today. There is a good old basic Bible lesson, and that is that ‘the love of money is the root of all evil.’ And unfortunately our entire philosophy today to get as much money as you can any way that you can has caused people to do a lot of things just for money that they feel in their hearts is just not the right thing to do. I’ve just truly tried to set some of that aside and do what I thought was the best thing for the group of people who made this all possible.”

Here is a video by ABC News featuring Mr. Moore and his company: