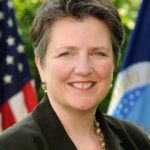 It was by no means Kathleen Merrigan’s first trip to the Ecological Farming Conference (EcoFarm). But when the Deputy Secretary of Agriculture stood at a podium to address last week’s annual gathering of farmers, retailers, processors, and advocates, it was clear she had never had quite such a crucial role to play at the event. Now on its 30th year, EcoFarm regularly draws a large percentage of those who have been envisioning and shaping the sustainable food movement for years.

Since Merrigan’s appointment to the USDA, she’s been under a great deal of pressure to make big changes happen quickly. She began Friday’s address with a direct plea for patience, much like we have heard from President Obama in recent months. “I come to this job with great ambition — and a great history with many of you in the audience — but also with an understanding that change takes time,” she told the audience.

What follows is a run-down of the major issues Merrigan touched on in her address and in response to audience questions.

Last fall, Merrigan played a personal role in appointing Miles McAvoy to head the National Organic Program (NOP) — the program she once helmed. Before Merrigan’s address, McAvoy ran through an in-depth PowerPoint presentation detailing his plans for creating what has been dubbed the “Age of Enforcement” in this regulatory program. After years of making do with a severely limited staff and budget, a shift will be made possible by a recent expansion of the NOP budget, from $3.8 million in 2009 to $6.9 million in 2010.

“We needed to pull in some new leadership and we need to keep working on that budget, because it’s really important,” Merrigan said, “not only for organic [producers] but for all American agriculture, because our organic farmers have, in many ways, been research pioneers.” She also stressed that the whole USDA should be integrating organic into their work. “It’s about time that everything that has to do with organic is not just sent to NOP.” She described her plan to go to all 27 agencies within the department, and say “what are you doing for organic? Who’s your organic point person and what’s your organic agenda?”

Every Family Needs a Farmer

Merrigan has high hopes for the recently launched Know Your Farmer Know Your Food program. She talked about traveling the country examining efforts to reestablish local and regional food systems, taking notes on what needs the department’s support.

When asked by a member of the audience where she sees the program in five years, Merrigan responded: “I’m hoping that it is like what ‘sustainable’ is now. We won’t have to sit around doing creative brainstorming about what it is we need to do to reconnect consumers with their food; it will be embedded in the agenda of every agency in the USDA.”

To ensure that this happens, Merrigan appears to be focused on systematizing the local food infrastructure. The day she spoke, for instance, she and several USDA staff members had just come from visiting a mobile slaughter unit, and she described the lack of small scale meat processing options as “a big structural barrier to sustainability.” The biggest challenge for small meat producers, she continued, is the fact that “Food Safety Inspection Services (FSIS) rules about mobile slaughter aren’t written down anywhere…and that puts a lot of risk into the equation.” Within the month, she added, the USDA will release a mobile slaughter compliance manual along with several instructional webinars. “That should let everyone know the rules of the road,” said Merrigan.

Merrigan and her staff also appear to be focused on communicating to new audiences using methods that might have sounded strange for an official branch of the government just one year ago. She described the suggestion on the part of her new-media-savvy staff to launch the Know Your Farmer Know Your Food program by inviting a group of bloggers to a small farm, rather than staging a formal press event. And, she also announced plans to start participating in new technology more directly. “They’ve convinced me,” she said. “I’m going to start tweeting, even if I’m not even sure what that means.”

She also described her efforts to engage college students, as she travels around the country, as a way to address what she sees as, “a profound disconnect between consumers and American agriculture.” The night before her arrival at EcoFarm, for example, Merrigan had spoken to an audience of Stanford students, where she employed “a colorful slideshow, combined with multiple choice questions the audience could answer with transmitter devices…handed out before the talk.”

Part of her intent in reaching young audiences, is engaging would-be-farmers, and figuring out how to begin meeting their needs in new ways. “I was at Iowa State, and I can’t tell you how exciting it was for me when a bunch of students stood up and said, ‘I want to be a farmer.’ But when I asked, ‘how many have a business plan?’ maybe two hands were raised. So one big question is how to bring young people — especially those who have grown up on farms and ranches — back into American agriculture. The desire is there, we just need to help them find the pathways.”

Farm to School and Vice Versa

Merrigan described the farm-to-school tactical team she established. “It’s a group of USDA employees from both the food and nutrition and agriculture marketing departments that are currently traveling the country taking stock of the dos and don’ts of farm-to-school programs.” As important as recording the successes, she said, will be documenting what hasn’t worked, so that school systems with stretched budgets can make wise decisions from the get-go, based on models that work.

“USDA really has an opportunity to help farm-to-school programs,” said Merrigan. “We see that as part of Know Your Farmer Know Your Food. And at the same time we want get our research agencies to think about what it means to go school to farm. What can we do in terms of curriculum and connecting farmers and schools? I think that needs to be part of the equation.”

Merrigan fielded a number of questions about stimulus funding, and addressed the USDA’s use of the money directly. The answer? The Supplemental Nutrition Assistance Program (SNAP) program (formerly know as food stamps). “You know as well as we do that there are a lot of people whose only source of survival is food stamps,” she said.

“The recovery act has allowed for $80 more a month for every [qualifying] family of four,” she continued. “We have an incredible upsurge in participants and we expect that to continue. So we are spending that recovery money in a way that is very meaningful.”