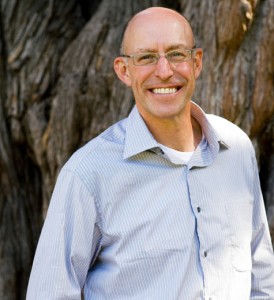 Literary editor Howard Junker may not like it but a sold-out crowd at the San Francisco Ferry Building ate up everything Michael Pollan had to say today about Eating Food. Mostly plants. Not too much.

In case you missed it: This week the ornery editor of Zyzzyva blogged that “foodieism is the most dangerous threat to lit” and bemoaned the fact that three nonfiction Pollan paperbacks are currently on the San Francisco Chronicle’s bestseller list (The Omnivore’s Dilemma, In Defense of Food, and, his latest, Food Rules).

Pollan spoke about, and signed, copies of Food Rules: An Eater’s Manual as part of a benefit for CUESA, the Center for Urban Education about Sustainable Agriculture, a nonprofit group that runs the Ferry Plaza Farmers’ Market. The event was hosted by Book Passage Bookstore and held upstairs in the Ferry Building, while hundreds more below dodged rain showers in search of organic winter greens.

Despite an unfair rap for being a tad too earnest — or even elitist for some tastes — the affable, ethical epicurean displayed his usual sense of humor along with a sound grasp of nutritional science and a passion for promoting (mostly) produce over processed food.

A few favorite “rules,” from the 64 in this consumer’s guide:

#63 Cook (It should go without saying in the Gourmet Ghetto but there’s less salt, fat and sugar in homemade meals and no so-called edible food-like substances with long unpronounceable names of unknown origin.)

Food Rules is a slim volume of kitchen wisdom that the cardigan-clad author, a professor at the UC Berkeley J-school,  gathered from nutrition experts, folklorists, anthropologists, doctors, nurses, dietitians, mothers, grandmothers and his readers, via Tara Parker-Pope’s Well blog on the New York Times. Pollan is a frequent contributor to the Times‘ magazine. He received 2,500 suggestions.

A couple of funny ones from fans that didn’t make it into the book:

Pollan fielded a steady stream of questions from the 300-plus crowd, including a child who asked: “Can you eat healthily if you don’t have enough money?” You can, he replied, but you have to trade money for time, make smart food choices, and eat less meat. Sated, folks stood in line for up to 30 minutes to have Pollan autograph his book; he had a kind word and a smile for all comers.

(This reporter avoided the wait and did a mad dash around the farmers’ market instead. Well stocked with dinosaur kale, Napa cabbage, romaine lettuce, fennel, and blood oranges she nabbed a signature on a copy of Food Rules from the famed food writer as the event was winding up. She’ll share the bounty as a giveaway on her blog Lettuce Eat Kale this week.)

Pollan, who will make an appearance on Oprah on Wednesday, has a few of his own favorite rules:

#39 Eat all the junk food you want as long as you cook it yourself. (Think how much work it is to make French fries. Chances are, you won’t do it often.)

And last but by no means least:

#64 Break the rules once in a while. (Amen, brother, and pass the chocolate.)

Got a food rule you want to share? Do tell.