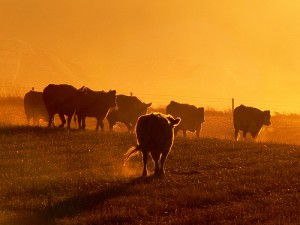 My family operates a grass-fed beef and lamb farm in Meredith, NY. I am on a New York state beef producers email list that shares information on beef news in New York, and when I received an email about a proposed CAFO that would house 72,000 cows, I was alarmed. Not only is the scale extremely big (it would be the largest CAFO east of the Mississippi) but it was being advertised as sustainable. I began to reach out to my personal network of academics and beef farmers and was surprised by the differing reactions. The resulting conversations and viewpoints brought to light the complexity of our current agricultural debate and the dire situation most rural economies find themselves in, especially in upstate New York.

Our family opposes the proposed CAFO for many reasons, some of which include animal welfare, a possible decrease in the allure of local New York state Beef, and the fact that we encounter many issues of inadequate infrastructure, such as long waits for slaughter spots for our cattle and lambs. We also pay high taxes and get very little back in the way of help from the state. In fact, sometimes we feel as if the state is trying to put us out of business. Currently New York has no true beef market and many of our calves get shipped out west to feedlots, disadvantaging many beef producers instate. Not only that, we have a general dearth of independently-owned USDA processing plants that makes many direct-sale farms impossible. This CAFO promises to source its cattle from local dairy and beef farms, and this makes it popular with some beef producers because currently we have no such system. As someone who has gone to many a livestock auction, I am skeptical of this, as there is no reason that they cannot fudge “local.”

The fact that Bion Environmental Technologies, Inc., the company behind the proposed CAFO, is being welcomed with open arms by a struggling upstate community belies the need we have for infrastructure that would support a vibrant and profitable rural economy. I would love for New York state and the federal government to find a way to promote more USDA slaughter houses, or help young people utilize the almost 3 million acres of unused pastureland in New York alone.

The question that lingers is what sort of tax breaks, subsidies and infrastructural support Bion Environmental Technologies, Inc will receive. Bion would serve as a “closed loop” ethanol plant. Corn would be shipped from the Midwest via Lake Ontario through Oswego’s port and turned into ethanol. The byproducts would be fed to cattle and the manure from the cattle would be used to create energy for the ethanol plant. When asked if state or federal tax dollars were going to be used for the project, Bion’s response was veiled but telling: “A number of state and federal programs exist to provide support for the creation of jobs, generation of renewable energy and the improvement to agricultural infrastructure and markets. Those are public programs available to entities that meet their eligibility requirements and Bion will seek to avail itself of those programs…” Obviously, Bion wants to cash in on government subsidies that promote corn and ethanol production and the 72,000 beef cattle would be a profitable byproduct of the ethanol production.

With government monies focused on buzz words like “sustainable,” we must start to define what real food means to us. It must nourish our bodies and treat animals with dignity, but also give a decent wage to farmers and reinvest money into rural America in long-term and meaningful ways. We have to rethink what true sustainability is and focus on helping rural economies, but this cannot be done without rethinking government policies that favor corn and ethanol.