Means and Ways to Build a Sustainable Food System 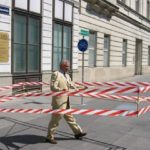 I spent a day volunteering at the SF Food Bank over the holidays and spending hours sorting through canned goods really got me thinking. What will it will take to stop hunger and what it will take to transform our current food system so that it’s good clean and fair?

In order to build a meaningful and sustainable food system, we need resources, ideas, learned lessons and creativity. So, as a kick-off to 2010, I’ve compiled a list of some studies, documents, interesting projects, and other ideas I hope will inspire next steps in the evolution and transformation of our current food landscape.

The first Food Policy Council was established in Knoxville, TN in 1982 and since then councils have had their victories and defeats. The authors asked, “What lessons can be taken from North America’s nearly three-decade experiments with Food Policy Councils?” They based their assessment on “an extensive literature review of Food Policy Councils, and testimony from 48 interviews with the people most involved” with them.

They also answer some basic questions like: “What do they do? How do they work? How are they organized and funded? How effective are they? What have been their successes, and what challenges do they face?”

Some snippets of their findings include: “Food policy councils have the potential to democratize the food system.” Most councils “spend first 3-4 years getting to know the local food system” and most have “worked towards getting electronic benefits transfer machines (food stamps) into farmers markets, expanding the number of city or local farmers markets, changing the regulations for school food purchasing and piloting farm to school programs.”

Wondering why some have failed, they discovered the following “red flags” to watch out for:
• Dependence on one strong personality, organization, or political figure
• Lack of funding
• “Single-issue” focus
• Over-commitment to specific programs

Community Organizing: I discovered another helpful resource on the Small Planet Institute’s website.

The document lists a handful of useful tips like “never do for others what they can do for themselves.” And the following actions:
• Listening. Building relationships starts with “one-on-ones” in which members sit with neighbors and really listen.
• Disciplined preparation. Members research carefully and rehearse before any public encounter.
• Negotiation. The goal is less “getting your way” than it is negotiating self-interests.
• Mentoring. Leaders and staff coach members and each other.

And, for $35 you can purchase Ecotrust’s:
Building Local Food Networks: A Toolkit for Organizers

Moving onto another powerful action and tool …

Creative Public Expression. I attended an interesting community talk about urban farming at San Francisco’s Studio for Urban Projects and heard Amy Franceschini talk about some inspiring projects she’s seen as the result of the Canadian Center for Architecture’s Actions exhibit.

The concept behind the exhibit is “show us what you can do with the city” and while all of the ideas I saw on their Web version of the exhibit were incredibly inspiring, I think the following illustrate some creative ways folks have expressed their political and cultural will.

Vertical farms in a city.

And, we can find inspiration in non-food related demonstrations, in this case a protest to the amount of city space is devoted to automobiles. (I get goose bumps from this one. See article photo for the full effect.) The story is that in 1975 Austrian civil engineer, Hermann Knoflacher, developed what he called the “Gehzeug” (translated as walkmobile). When worn, it gives pedestrians the approximate amount of space used by a motorist. According to the exhibit website “Knoflacher’s experiment has been repeated in cities from Austria to Thailand, illustrating the spatial possibilities of urban areas without automobiles.”

Another inspiring story is of the international walk to school movement which is an effort to not only save petrol but reduce the instances of obesity and chronic health issues in school children. Amy told us of a town in Italy that didn’t want to fire their bus drivers so each driver was asked to pick up kids at the regular bus stop, on foot. Each child from each neighborhood wears coordinated colored vests to identify them and remind drivers they are on their way to and from school.

And, finally, shepherds outside of a large Spanish city were losing respectability as citizens began to forget the importance of their profession. A few shepherds decided to remind people of their role in the community by talking an enormous herd through a busy thoroughfare that was once their traditional route across the city (back when it was a valley between hilly regions). Traffic came to a standstill and citizens watched as thousands of sheep crowded the streets and walked to their new grazing grounds. What started as an act of civil disobedience is now an annual event.

Technology. It’s the wave of the now. And, one example was inspired by a recent “Taking Action” talk SF’s Carbon Collaborative hosted as a part of their Copenhagen Café event, another positive tool in and of itself. I heard Peter Leyden speak about his new organization Next Agenda which he bills as “A New Way to Solve America’s Biggest Problems.” Their current agenda? The Clean Energy Challenge: How can America get all its electricity from clean energy as fast as possible?

One of the technologies Next Agenda uses is Google Wave. It helps them coordinate real-time communication and collaboration. Watch the hour and 20 minute long video to see how it works. Who knows, maybe it’s the sort of technology we need to coordinate efforts and increase efficiency. Peter did mention that food is one of their agenda items for the future … but let’s not wait for him, okay?

Cooperation as a tool for efficiency. Pretty simple concept here. As there are so many organizations and efforts in our country aimed at solving the same problems, how can we most effectively cooperate and mobilize for maximum benefit? This includes cooperating with folks on every side of the fence. I attended a small “un-conference” for Kashi cereals last August. It was a gathering of about 20 folks in the food community, from policy analysts to activists to natural foods gurus and professors. What we all agreed on, as we discussed the many issues that relate to a more sustainable food system, was that we needed more transparency and cooperation from the big food giants – from Dole to Monsanto – because they aren’t going away and any future food system will have to include them. So what does that look like?

Talking and doing. I had the wonderful opportunity to chat with a mother, father, and two teenage girls as we bagged brown rice across a table from one another at the food bank (they were also volunteers). We shared, quite organically, what we knew about the hungry people in our city, what we knew of the food system and it’s impacts on the environment, people, fair wages, nutrition. It’s these sorts of conversations that should happen every day, amongst everyone, across every table.