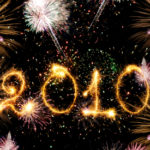 Happy end of 2009! For those of us at Civil Eats we’re proud to have made it through our very first full year of delivering you, our dear readers (thanks for joining us!), some of the good food communities’ top stories and posts from the front lines of the food revolution.

We’ve published over 640 stories to date with over 420,000 pageviews since January. And, we’ve had the honor of working with so many wonderful contributors from so many different branches of the food community. Managing editor, Paula Crossfield, who’s on a much needed holiday, had this to say, “I have been continually surprised and inspired by the enthusiasm people have had for Civil Eats this year. Looking forward to 2010, we hope to bring more thinkers and eaters into the fold. With all of our heads together we can improve our food system.”

As a bookend to this incredible year, we’d like to share with you a round-up of some of the most viewed, most commented on, and most impactful stories of the year.

We’ve had a number of highlights in our “Young Farmers Unite” series which we hope inspires a new generation of farmers to join this vital profession and stick with it. One of the most popular pieces in the series, titled, “Drive-Through: A Truck Farm Grows in Brooklyn: by Curt Ellis, details the creativity of a group of young urban farmers.

As the “Local Eats” editor, I’ve featured some excellent reporting on inspiring local projects, initiatives, chefs and community leaders in Richmond, Baltimore, New Orleans, Lakeview, VT, Kansas City, Spokane, Auburn, Alabama, Boulder, Columbus, OH, Madison, WI, Atlanta, and other spots across the country committed to a more sustainable future. The story with the most comments and community response was the very first piece in the series, one I wrote on the growing food movement in Indianapolis, “Hoosier Food: Watching the Food Movement Grow in Indianapolis“.

I hope to see more stories, from more cities, burbs, hamlets and towns in 2010. Keep sending them in! My personal goal is to cover at least one project in every municipality in America!

Paula, our tireless managing editor, reported regularly in her “Roof Garden Rookies” series on the growth and development of the garden she started on top of her lower Manhatten apartment building. The most viewed piece was “Building Raised Beds”. Her garden was also featured in the New York Times.

Out of our involvement with Civil Eats, some of us initiated Kitchen Table Talks, a monthly food forum in San Francisco, which has become a wonderful way to take the conversation off-line and into the community. We held six conversations in 2009 with topics ranging from local school food issues to our most recent conversation on the ever debatable topic of genetically modified foods. That conversation brought together over 60 people in a performance space in the Mission District. You can read about it here.

Look for more from Kitchen Table Talks in 2010. We are thriving and have just secured a permanent home on Valencia Street. We hope to engage more people, from more parts of the city and are grateful for the help of the following, without whom it would not be possible to keep KTT alive: Sam Mogannam and Bi-Rite Market for all their catering donations and support, the folks at SUB-Mission Gallery, Sagan-Piechota and Paul Arenstam and his staff at the Hotel Vitale each for graciously hosting us through the year. And, many thanks to all of our wonderful community speakers.

And, now for a short list, just five, of our most popular, discussed and impactful stories of 2009:

1. “Tests Find Wide Range of Bisphenol A in Canned Soups, Juice, and More” by Naomi Starkman. With 26 comments and by far most views (11,243), we are grateful for Naomi’s continued contributions on this topic. We actually broke this news on Civil Eats thanks to the fact that Naomi (who is one of our founding editors) works directly on this issue as a food policy media consultant. Thanks to her, we were able to get this crucial update about a harmful chemical into the media quickly. There has been much interest in BPA and we reported on this early in the year (“Bisphenol A: More Body Burden News“) and as the story progressed (“Bumping Up the Ban on BPA“) and when Chicago became the first city to ban it. [And we’re still waiting on FDA to announce their decision on BPA.]

2. Since we’ve established that we do not shy away from complex problems and issues, we were happy to report that the Johns Hopkins Center for a Livable Future recognized the Baltimore City Public Schools with the 2009 CLF Award for “Visionary Leadership in Local Food Procurement and Food Education”. The inspiring story of their journey is detailed in “School Lunch Revolution Blossoms in Baltimore” by Ralph Loglisci.

3. In the transforming suburban America files, we proudly published this piece by architect Forrest Fulton: “Inventing the Suburban Farm”.

4. Of course, we love getting dirty in the kitchen too. Eve Fox’s “The Art of Canning: A How-To” was the most popular. (And, a good new year’s resolution for those of us who haven’t tried it – I’m talking to myself here!)

5. And, finally, Paula wrote a piece about the agribusiness response to the film Food, Inc., which made waves by lifting the veil from the food system this year. In “Food, Inc. Gets Rave Reviews, Big Ag Shudders” she lays to rest the tired attacks of elitism and on how the film portrays farmers, then goes on to discuss some of the pivotal political battles currently being waged around food.

Of course, there were so many other stories we could highlight, including:
“Tomato Disappointment: A Farmer’s Perspective on Late Blight in the Northeast” by MK Wyle and, “The Revolution Will Not Be (Petrochemically) Fertilized” by Kerry Trueman, and “There is No Box: Big Ideas About Urban Agriculture and Local Food Systems” by Rose Hayden-Smith, and “Why I Disagree with Thomas Keller, and What Local Food Teaches Me” by Aaron French, and “Food Desert Dispatches: Building a Just Food System for the First Time” by LaDonna Redmond – but we wouldn’t want to overwhelm you.

Happy, peaceful, beautiful holidays and we look forward to your contributions in 2010.