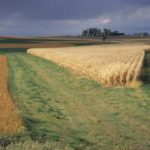 For those committed to growing, buying and eating local, the choice to support regional producers has become gospel. Local food devotees fiercely defend our farmers and the beautiful food they produce. But for those who have been working in food systems for the past few years, it has become clear that new players are entering into discussions around food and agriculture. We now have people at the food systems table we couldn’t have imagined a few years ago; from a First Lady who touts the benefits of eating local, organic produce to governments that are integrating farmland into their city plans (a la Detroit and Flint, Michigan), from social service agencies that are directing “troubled” youth to agricultural jobs to nutrition practitioners who are engaging with local bodega owners to get more fresh produce into low-income neighborhoods.

With all these new folks at the figurative table, a collective sense that the local food movement is gaining legitimacy outside of chef and hippy circles is growing. It is thus important for local agriculture advocates to be able to dialogue in many different jargons. Perhaps one of the most challenging is the economists’ tongue. Again and again, local food advocates have been criticized by economists (and, of course, the kings of corporate agriculture) as promoting a system that is outdated—cute at best. With the American (and global, for that matter) economy in a state of crisis, and the American people as underemployed as they have been since the Great Depression, it’s tough for any issue to gain credibility without the promise of more dollar signs. With his pioneering work in local food systems analyses, Ken Meter is working to “show us the money”, and give local food the backing of hard economic data that it so desperately needs. So when I was recently offered the opportunity to do some work with this innovative food systems thinker, I jumped at the chance to beef up my economic understanding.

Meter is the president of the Crossroads Resource Center, an organization that “works with communities and their allies to foster democracy and local self-determination. [They] specialize in devising new tools communities can use to create a more sustainable future.” With nearly 40 years of experience building capacity in both urban and rural settings, and training in economics, public administration and history, Ken’s range of experience has led to a unique and progressive viewpoint on the role of agriculture in protecting reviving communities across the U.S.

One of unique qualities of the report is that Meter includes profiles of producers and processors across the spectrum of scale and methodology. He tracked down family grass-fed dairy farmers, commodity wheat growers and folks in between, offering a chance for thoughtful comparison that few reports or articles arguing either for or against small- and medium-scale regional production can give.

Skeptics may argue that Meter’s report cannot be useful beyond the Minnesota borders. However, many of the challenges and perversities cited in Meter’s report (for example: “Currently, experts estimate (conservatively) that 90% of the food purchased by Minnesotans is produced out of state) are shared by other agricultural states. Although the numbers may be slightly different, all of the major farming states are no longer focusing production on food to feed their own, they are producing commodity products for export from both the state and the country. As that food leaves the state, so do the dollars. There lies a key point in talking about the economics of agriculture today and its impact on the industry’s viability in the future as well as regional food security.

Meter also touches on an often overlooked component of the food industry—labor. The changing economy and immigration regulations have led to sketchy and volatile data that suggests that agricultural laborers—many of whom are immigrants (both legal and illegal) are losing work and income fast. And with the amount of work waning, those that remain in the food industry are increasingly falling victim to concentrated pesticide exposure and the dangers of processing facilities. Not only are these poor working conditions human rights violations, they also relate directly to our nation’s health as a whole and our true total healthcare expenditures. Economics, again.

The report includes several components useful for practitioners. The section on “How the Minnesota Food System Works” is a clear and concise breakdown that can be adapted by other states and communities to explain food systems to those unfamiliar with the extensive impact that food-related issues have within our society. Meter presents a brief synopsis of past and present “alternatives” to our current food system and the issues driving them, giving a sense of what working towards an alternative system has looked and can look like.

Perhaps most compelling are Meter’s “Levers for Systems Change.” Here, he articulates ten points that can create tipping points leading to lasting systematic change that benefits all who produce and consume food (that is to say, everyone). This section presents practical talking and entry-points for practitioners, planners, and advocates working on food systems issues.

Most reassuring to me as a reader and practitioner was Meter’s upfront admission that food systems work is inherently conflict-filled, as many people from varying fields representing a number of different priorities must be at the table in order to work towards systematic change. This admission of the challenges of working across sectors is an important one for anyone working in systems thought and change, as stubbornly clinging to only one viewpoint only leads to combative disagreement.

How this report can and will be used to influence policy and investment on a regional, state, or national level remains to be seen. For practitioners working on food systems issues from any angle, however, Meter’s data and tools are an invaluable asset, one that brings legitimacy and fervor to a movement that is gaining ground and support in the U.S. with each passing day.