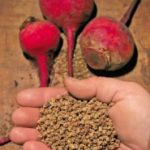 Organizations and activists across the country are calling for America to celebrate their Food Independence by making the choice to support local farmers by eating locally grown. Our choices as consumers have the potential to revitalize rural America and restock the produce aisle in every neighborhood grocery store with foods that meet our culinary and cultural desires. The freedom to have a variety of choices available to us must also be celebrated and protected. The democratic process helps many of our country’s residents define and protect their freedom of choice at the dinner table. But democracy has been a relatively forgotten opportunity and as one county in Colorado is discovering, the path that will redefine our role as eaters in our food and farm industry is clouded by a global agricultural industry that is marketing our choices right out of the marketplace.

Residents in Boulder County, Colorado celebrate their Food Independence daily, supporting one of our nation’s largest natural foods industry hubs consolidated at the base of the Rocky Mountains. It has only been a short year and a quarter that we have been actively participating in the shaping of our food democracy infrastructure that will help us define the values that will grow our local food and farm industry. The Boulder County Food & Agriculture Policy Council, of which I am a member, a group of regular folks excited to participate in food democracy, has been tasked with building our food values into public policy. The council, one of our county’s newest advisory boards to our county commissioners, was given a blank slate and a task to make policy recommendations that would help our county increase food production for local consumption on our 24,000 acres of public land owned by the county and dedicated to agricultural production. A task I thought would build our local food independence by diversifying our food choices and opportunities and create a local buffer between our community and the ebbs and flows of a market dominated by global industrialized agriculture. Only a short time would pass before my idealistic vision was nearly lost in the enormous shadow of a shrinking industry.

Unbeknownst to us, while we were busy drafting our bylaws, a mission, vision, and general outline of our work ahead, the conventional seed supply industry was under siege by the biotech industry and taking it’s toll on our local farmers. Our council, individuals from diverse backgrounds (including traditional farming) with independent values and varying degrees of agricultural policy awareness began to mold into a unified force of common values. We began drafting our first set of policies we hoped would increase food production and add diversity to our traditional monoculture crops already in production on public land. But the siege on the seed industry had caught up to us and would begin to strain our unified voice.

Nearing the anniversary of our first year as a council, we received word from our county commissioners that we would be hosting our first public hearing. The biotech seed industry had forced six of our Boulder County sugar beet farmers into battle with a natural foods community. The sugar-beet-six were requesting the right to grow GMO-Sugar Beets on public land, six years after Boulder County approved the production of GMO corn in a battle that spanned two years. Our council would hold the hearing to give the farmers, the public, and various scientific experts an opportunity to feature their respective needs, values, and data on the issue. In the weeks leading up to the public hearing we were told often by our county staff liaison to keep an open mind, be objective, and only consider credible peer reviewed science which was compiled for our consideration. A daunting task, I thought, by a volunteer who joined the council to have my values represented in food policy.

A few days before our first public hearing, I was home reading through the research and the proposal submitted by the sugar beet six. Several of them still farmed sugar beets on the land that their grandfathers grew both the crop and an industry that grew our county, a heritage that still lines the halls of our local agricultural museums. The growers submitted their request when they were unable to acquire conventional seed from the marketplace. Two years ago 60% of the Sugar Beet seed on the market was genetically modified. This year, approximately 95% of the seed available is GMO, making it virtually impossible for the farmers to grow their sugar beets without using the GMO seed. Diversity, a casualty of biotech science, would be added to the agriculture-endangered list along with the freedom that once grew from the open land, a tractor, and a seed. The idealism that led me to believe that voting for local farms meant voting for diversity in opportunity was clouded.

The public hearings were simply an opportunity for the six farmers to hear just how disconnected the public was from agricultural production, a price the food industry has cost the farmer. There were no viable public recommendations and the farmers, desperately holding on to their livelihoods, could hardly contain their grunts of disgust with every public comment. As the hearings concluded, whispers of concerns haunted the hearing room. How far would we have to go to protect our local farm production in a national environment that is limiting our choices in agriculture? Would the monopolization of the seed industry force us to make choices that did not support our values?

Our council has more research to consider and public testimony to hear before we make a recommendation to our county commissioners to either approve the production of GMO Sugar Beets on public land, or not. A decision that one of our council members suggested could only have two outcomes: “awful and horrible” and seemingly limited opportunities to grow our local food independence. Preemptive measures to assure the viability of choice and Food Independence will limit situations shaking the local food and farm industry in Boulder County. So while we are grilling our all-American favorites this season, let’s also remember that Food Democracy protects the necessary choices needed for Food Independence.