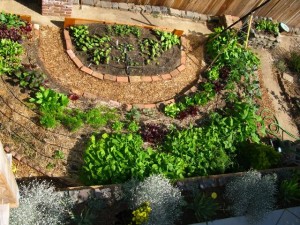 We are in the midst of a revolution in urban agriculture. In a growing number of cities, suburbs, and small towns, community groups and entrepreneurs have discovered innovative ways to harvest and grow food, using networks of relatively small plots of public and private land and shared resources, and in the process, forging novel relationships among producers and consumers.

While these innovations are based on historical precedents, from the radical Diggers movement of 17th century Britain, to sharecropping arrangements, the victory garden movements during the World Wars, and recent community supported agriculture systems, they are unique in that they apply social networking tools, mapping technologies, unusual land tenure arrangements, or novel business models to forage and farm cities and suburbs.

In addition, while they are grassroots, and based on aggregated small-scale production, collection, and distribution, they are replicable components of a civic agriculture network that has the potential to scale up, producing an increasing amount of food in cities and suburbs, putting urban land to productive use, recovering food that would otherwise be wasted, and helping to re-localize urban food systems.

The programs and businesses are distinctive because they are tailored to the unique people and places in which they are created. However, they generally fall into one of the following broad categories:

(1) Gleaning Social Networks – urban foragers who harvest fruits, nuts, and other edibles growing on public spaces and, sometimes, on private land, often to contribute this bounty to the needy;

(2) Peer-to-Peer Agriculture – networks of urban landowners who lend their properties, perhaps as little as a rear or side yard, to those with the inclination to produce food, in some cases to share the bounty and in other cases simply for altruistic reasons;

(3) Aggregated Urban Micro-Farms – urban farmers who aggregate multiple small parcels of privately owned land into quantities that are cost-effective to farm. The food production is either provided for a fee or for a share of the produce, which is in some cases distributed through a CSA model;

Gleaning, or collecting the excess crops on farmers’ fields to donate the food to the needy, is an ancient practice referred to in the Old Testament. Throughout much of the world, people still forage for food growing in public spaces. In many cities, however, such practices are discouraged or prohibited, despite the fact that cities often have fruit and nut trees, shrubs producing edible berries, and other wild edibles.

In recent years, a number of gleaning social networks have emerged to educate the public about the availability of edible landscapes in their community, and to encourage the collection of fruits, nuts, and other food growing in public (and with permission) private spaces. Sponsoring groups have organized events to harvest fruit, produced online maps illustrating where publicly accessible fruits, nuts, and berries can be found, and have facilitated the distribution of excess produce gleaned from these sources. These programs not only facilitate the consumption of food already being produced in a community, but by making these resources visible and demonstrating the benefits of edible landscapes, hope to promote the planting of fruit and nut trees as a viable way to produce food in cities.

Village Harvest, San Jose — a non-profit organization with approximately 700 volunteers who harvest backyard fruit and distribute it to community organizations through a program called Harvesting for the Hungry.

LifeCycles Fruit Tree Project, Victoria, B.C. — links residents who have, but do not completely harvest, fruit trees growing on their property with volunteers willing to pick the fruit, and individuals and organizations who need access to fresh produce.

Exchange and sharing networks are designed to more productively use the land that exists in people’s yards for food production. They range from websites that link those with available land who are willing to allow landless residents interested in gardening to grow food on their property to more complex social networks that facilitate land sharing and also food bartering. These schemes rely for their success on citizens willing to enter into non-financial relationships with others to either achieve mutual gain or the simple satisfaction of turning a fallow resource (such as their unused yard space) into a more productive space.

Patch Match, London — web-based organization that links growers, landowners, and those who have gardening skills.

Grow Local, Victoria, Australia — web-based food producing network, linking together food producers within a particular community and enabling them to share and/or barter their food, plants, seeds, and potentially, tools and skills.

Cities have significant amounts of land suitable for growing food, divided into yards of varying size and shape. Some entrepreneurial gardeners have created businesses turning backyards into intensive vegetable patches, often for a simple fee for service. In other cases (currently clustered in Portland and San Francisco, but emerging in other cities) the business model involves aggregating a number of intensively planted micro-farms into a scale that produces sufficient food to operate a viable CSA subscription service. To the participating land owners, who provide the property to grow food and get a weekly box of produce in return, this system offers a greater variety of food than can be grown on one’s own particular parcel. Moreover, depending on their level of interest, skills, and time, households may also participate in some or much of the planting, tending, and harvesting.

Your Backyard Farmer, Portland — Portland company that farms a collection of individual backyards and sells the produce to the homeowners and others through a CSA-type subscription model. Individual households contract with Your Backyard Farmer to prepare raised beds, seed them with vegetable varieties selected by the property owner, and tend the micro-farm throughout the growing season. Each week, the business then delivers harvested produce aggregated from all of the farmed backyards to the household.

My Farm, San Francisco — San Francisco-based company farming a cluster of backyards with a slightly different business model. For some households, My Farm acts like a specialized gardening service. Households pay $600 to $1,000 to create their garden, plus weekly maintenance costs of $20 to $35, and have exclusive use of the harvest. Others, particularly those with larger gardens (called “owner members”) pay a reduced weekly fee and instead give up a portion of the harvest to My Farm for resale in a CSA-type subscription. San Francisco residents without backyards are able to order weekly shares of the produce harvested from those owner members producing food for My Farm’s CSA.

Amyitis Gardens, San Francisco: Neighborhood-based farming system that provides restaurants in the Mission District with food grown in backyards throughout the community. Residents allowing their backyards to be farmed receive some of the produce, and in exchange for providing the excess to local restaurants, receive discounts for meals at those restaurants.

Distributed farming offers the possibility of increasing food production in cities and suburbs through networks of small-scale efforts. While each project contributes a very small percentage of a city’s food supply, in the aggregate a significant amount of food can be produced if intensive farming techniques are used. Indeed, a distributed farming system may be the most suited to fitting food production into the existing urban landscape, which is a patchwork of vacant land, yards, and rooftops owned by individuals, businesses and government agencies.

Although, by some estimates, cities like Philadelphia and Chicago have tens of thousands of vacant parcels, many of which have the potential for food production in raised beds or movable container farming, these are scattered throughout large areas and are owned by many different individuals. If connected through community-based programs and businesses, a wide range of public and private sites, from schools and housing projects city parks, utility right of ways, and roof tops, can be put into food production.

Moreover, distributed urban farming ventures, while in some cases organized primarily for profit, are distinguished from conventional farming ventures in that they involve some form of community building and require a significant amount of social interaction with community members. In contrast to conventional agriculture practiced in rural areas, distributed urban farming involves navigating complex social, economic, political, and technical issues. All community participants in the process engage in problem solving, from identifying and mapping edible vegetation to offering gardening advice in exchange for a portion of the harvest. Whether an individual participating in a distributed farming enterprise is passively contributing space for a garden or actively foraging to distribute fruit to a senior center, he or she is grounded in place and part of a larger effort to meet the nutritional needs of his/her community. As a result of having to mobilize the community to acquire land, assemble volunteer labor, develop relationships among producers and consumers, and create relationships of trust among people using property in common, these activities help to build a resilient, civic urban agriculture community.