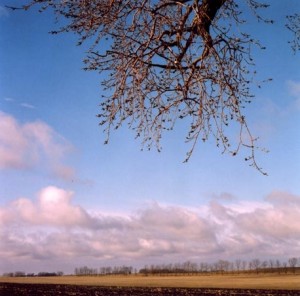 Author’s note: Lately a number of people have asked me what I think of how the Obama administration is approaching agriculture. Do all the gardens and talk of healthy food represent significant change, or are they a leafy green veneer on what amounts to nothing more than business as usual? Here’s my response, which was mailed by post today.

I’d like to applaud your bold work this spring in beginning the shift toward a more sustainable agriculture. Change is evident in your symbolic work regarding gardens and food, and, more importantly, in the USDA’s practical actions of appointing Kathleen Merrigan as Deputy Secretary and granting $50 million to the Environmental Quality Incentives Program. Family farmers and other proponents of a healthy food system have long worked to advocate ideas like these, and it’s invigorating to see them finally taking root in the highest levels of government.

However, when I pan out from these changes, I see a deep contradiction. In your approach to agricultural policy as a whole, you continue to promote practices on the other end of the spectrum—practices that in fact negate those changes toward sustainability. Specifically, what troubles me is your hybrid vision for the future, in which those organic gardens grow alongside inherently opposing constructs, most notably patented biotechnology and the National Animal Identification System. Mr. Secretary, this spring you told the Des Moines Register, “To me it isn’t about either-or… It’s about how do you figure out ways for folks to co-exist and how do you figure how to take the best of all of it…” The problem is, that co-existence is impossible. Here’s why:

Sustainable agriculture is founded on the principle of farmer leadership. The first step to creating a sustainable food system is restoring stewardship, that elemental relationship in which a farmer balances food production with ecological health and social well-being. That is possible only when farmers are empowered: trusted to lead, respected financially, and encouraged—indeed, allowed—to be independent and free.

But these practices you propose as integral to our future in fact disempower farmers: biotech by denying them the right to save seed, and NAIS by indirectly punishing livestock producers who work on a smaller scale. Worse, they set in place systems by which the rights that farmers do have are overruled. What might seem like coexistence early on proves to be, instead, the slow death of the weaker half.

There’s an illustration of how this has already happened in the story of genetically engineered corn: After less than two decades since biotech seed came on the market, American agriculture has accepted that more or less every corn stock in this country has been contaminated with their patented genes. Because of that, the companies that own those genes have the power to shut down the farmers and plant breeders who are trying to come up with non-biotech solutions for our future—the very alternative agriculture that you claim to endorse. This approach is not “bi-partisan,” it is undemocratic.

Mr. President, on the campaign trail you insisted that “if Washington continues policies that work against America’s family farmers, our rural communities will fall further behind—and so will America.” Both of you have recognized the anti-farmer nature of corporate livestock production contracts, and worked to restore fairness to that sector of the industry. Why have you not applied the same judgment and vision to the rest of your agricultural policy?

I urge you to reconsider the future of our food system. I firmly believe that to feed ourselves in years to come, we’ll need to have our farmers right there with us—and not just as service people, but as leaders, stronger and more numerous than they are today. As a realist, I recognize that many existing practices within agriculture, even the most faulty, must stay in place at least long enough to keep Americans fed today. But if we base our survival on systems that ultimately disenfranchise farmers, we will certainly go hungry in the long run.

Editor’s Note: Lisa M. Hamilton does write for the Prairie Writers Circle, but this letter was composed independently.

Writer and photographer Lisa M. Hamilton focuses on agriculture and rural communities. She is the author of Deeply Rooted: Unconventional Farmers in the Age of Agribusiness, and her work has also been published in The Nation, The Atlantic, McSweeney's, Orion, and Gastronomica. As a fellow with the Alicia Patterson Foundation in 2010, she explored the uncertain future that American agriculture faces as a result of climate change, depleted water resources and the end of cheap energy. More recently she has focused on her home state of California, exploring its rural communities and landscapes for the multimedia work Real Rural. Read more >