Proposal to Cut California Dept. of Food and Agriculture a Bad Idea for the Nation | Civil Eats

Proposal to Cut California Dept. of Food and Agriculture a Bad Idea for the Nation 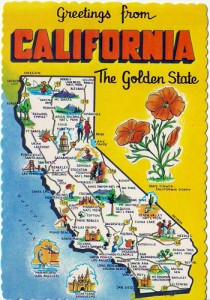 As California teeters on the brink of fiscal disaster, yet another new budget proposal has arisen. State Senator Dean Florez (D-Shafter) will hold hearings in Sacramento today.  The topic: discussing whether key functions of the California Department of Food and Agriculture (CDFA) can be eliminated or transferred to other state agencies. Per Florez, “most of its [CDFA] functions could be performed by other departments.”  This proposal is part of a larger, overall effort that is considering consolidation and reform of several state agencies.  In a time of deep budgetary crisis that is unprecedented in the Golden State, everything seems to be on the table.

But should the California agency that regulates food and agriculture – the agency tasked with assuring so many things that make it possible for California to bring food to your table – be considered for elimination?

The CDFA is its own $100 million General Fund-backed agency.  In some other states, this might not make sense.  But agriculture reigns in California, and is an enormous part of the state’s economy.  With California facing a $24 billion budget shortfall (one that is growing by the day), the idea of saving $100 million is clearly attractive.  But is this a real savings, or does the State open itself up to pest and food safety threats that could wipe out any resulting savings and wreak further havoc on an industry that is already suffering?

What is CDFA responsible for?  A surprising array of things that impact each California resident on a daily basis. Agriculture and environmental stewardship (which includes work in climate change and energy efficiency). Agricultural security and emergency response.  Animal health and food safety, which includes a range of activities around hot topics such as swine and avian influenza, meat and milk safety, and biosecurity, to name a few.  CDFA handles important stuff.  Consider the milk safety issue alone. California is the nation’s leading milk producer, providing nearly 20% of the nation’s milk supply.  What happens here doesn’t stay here: public policy in California affects the nation…and the nation’s food supply.  Can California afford to potentially cut back on food safety functions? Can the nation afford to let us?

One area of CDFA that has come under particular scrutiny is marketing boards and commissions.  There are 54 of them, and they promote some of the state’s top commodities.  My suggestion: look at those, perhaps.  However, it is misguided to suggest that the functions of CDFA – which are essential – can be easily relocated to other state agencies that are themselves struggling for survival.  Reallocating responsibility for functions that are core to human health and safety to agencies with no historical precedent for handling them during such a chaotic period is simply imprudent.  It can’t be done, and it shouldn’t be done.

One of the most important roles that CDFA plays is in plant health and pest prevention.  The CDFA works with other institutions and agencies, including the University of California, to provide leadership for pest prevention and management programs that effectively protect California’s agriculture, horticulture, natural resources, and urban environments from invasive plant pests.  In recent years, California has been hard hit with plant disease, pests and invasive species.   The light brown apple moth (causing its first commercial damage in blackberries in California).  The gypsy moth.  The med fly.  Asian citrus psyllid (which has proven catastrophic to the citrus industries in Florida and Brazil).  Pierce’s disease, which presents a constant threat to California’s grape industry.  Like it or not, what threatens California agriculture threatens the nation’s food supply.  Quarantines here drive up prices elsewhere.  Does it make sense to discard such vital programs?

A vital area of CDFA’s responsibility is inspection.  California currently produces more than 350 crops that enter the national and international food supply.  CDFA inspection not only assures consumer satisfaction, but food safety.  The CDFA provides numerous laboratories and analytical services that ensure food safety, and provide diagnostics on plant disease and pests.  CDFA is also responsible for fairs and expositions, which I’ve written about previously.

Political life in California has become a reactionary process.  Much of this is driven by the state’s mind-boggling initiative process; we legislate by ballot box here.  A process that made sense during the Progressive Era has become perverted and damaging in the nation’s most populous state, rendering California virtually ungovernable. Contributing to the problem are the term limits that Californians have set for their legislators.  Term limits have eroded the ability of legislators to truly understand the complexities of the state, and key agencies, such as CDFA.  There simply isn’t enough time for policy makers to develop a solid and nuanced understanding of what they are to govern.

As I compose this, it feels as if I’m writing a postcard, not from the idyllic California coastline, but from the edge.  Summer is in the air, beaches are packed, but there is a sense of unease among people.  We can’t really settle down.  We’re all on edge, waiting for a budget that will change much of life as we know it in California. Waiting to rebuild with what will be left. Everything is bigger in California, and our budget problems are no exception.  But what impacts California agriculture impacts the nation’s food supply.  And you don’t have be a California resident to be concerned about that.