Why I Disagree with Thomas Keller, and What Local Food Teaches Me 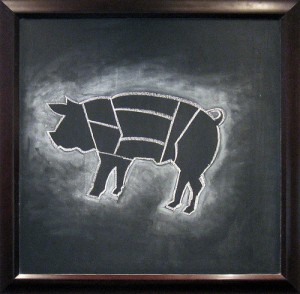 Thomas Keller is one the world’s most celebrated chefs with his fleet of restaurants in Yountville, Las Vegas, and New York. At the same time, he is a vocal “thorn in the side” of local food advocates, with his direct dismissals of the locavore movement.

His message was much the same this year when he spoke at the Monterey Bay Aquarium’s Sustainable Foods Institute a few weeks ago.  Speaking on a panel called “The Future of Food: Scaling Down,” Chef Keller made the distinction between geographically local and temporally local food.

That is, he personally considers local food to be anything that he can get at his doorstep within one day of harvest – even if that means flying that product overnight from across the country.

Here are some excerpts from Keller’s comments on the panel:

When I started cooking, 32 years ago sustainability wasn’t something that was talked about. And, being a chef, the kind of chef that I wanted to be, was about quality number one: quality of product, quality of execution, quality of experience for the guest.

It all rested on the highest quality that I could produce. For me as I went through my career, I came to understand where our product came from and where the best products came from, the term local changed for me. So it wasn’t about a geographical location, it was about quality of the product.

Now certainly, in saying that, all of you are probably thinking “Well, this guy’s crazy “– because he’s talking about sustainability, local geographical products, not leaving a carbon footprint by shipping things across the US, and there are certainly many things to be said for that.  But there’s also something to be said for supporting some of our purveyors who have products that are coming across the continent for us, people like Keith Martin, who is my lamber in Pennsylvania.

His protocols, his holistic way of raising his animals is something that I want to continue to support, because I really believe in the way that he’s doing [it]. And eventually he will have an impact on the entire industry, and raise the standard of the entire industry. So, I’m willing to leave a small carbon footprint by shipping his lamb from Pennsylvania to Yountville or to New York or to Las Vegas because we use his lamb in all of our restaurants to continue to support what he’s doing. So, I buy from people I have great respect for.

So, ultimately, Keller is justifying the greater environmental load that his purchasing produces by the possible long-term benefits that supporting quality farmers might create. Keller has also said, “Price isn’t important to me, I just want the very best available.” As such, he admits to having an elitist philosophy – which is partly why he has been so successful in the culinary world.

And I am the first to admit — in the sphere he inhabits, his views work.  Extremely well.  At the same time, I would strongly caution against implementing this “24-hour local” food rule for the rest of society.

There are several reasons for this:

1) Building a Diverse Community: If everyone bought their food like Thomas Keller, we might have good quality farms but at the same time we wouldn’t have the infrastructure to support them.  Our agricultural infrastructure is currently targeted toward the large players in the market. It is difficult, for example, for small meat producers to find a certified processing facility in their local area, or for small farmers to find distribution networks for their products.  The more we buy from our local foodshed, the more incentive there will be for these localized networks of infrastructure to be (re)created.  In the process, we will make it  easier for sustainable food producers to go about the business of growing good, healthy food.

2) Diversity on our Local Farms: If we choose to buy our specialty foods from across the country, we are simultaneously decreasing the food-dollars that go to our local farmers — dollars they might invest in growing those very same products closer to home.  Farmers need an economic incentive to grow a variety of plants and animals.  This agricultural variety will directly increase the ecological / environmental health of our farm ecosystems, and at the same time encourage better health as we increase the number of foods in our diets.

3) Energy Use: Economist Jeff Rubin has a new book called Why Your World Is About to Get A Whole Lot Smaller which addresses these issues directly.  Rubin’s premise is that the current decline in oil prices is going to be short lived, and was caused in large part by our current recession.  Once the economic recession is over, oil will again be well over $100 / barrel – which will have a dramatic impact on how we grow and ship food.

I like salmon — who doesn’t? Salmon consumption has risen about 23 percent each year for the last decade or so. There are a number of good reasons to eat more fish: we all want food high in omega-3s, we want to eat less saturated fat, we want healthy protein for our low-carb diets. But here’s the key reason for the amount of salmon on your dinner table: cheap oil has been subsidizing the cost of fish. Just like Wal-Mart and Tesco and big- box retailers around the world have been able to cut prices on almost everything by taking advantage of cheap shipping and cheap Asian labor, salmon went from being delicious local seafood to being another global commodity. Cheap oil gives us access to a pretty big world.

So, what happens when our globalized food system breaks down as oil prices rise?  We need to be ready with local options, which brings us back to points 1 and 2.  (Again, in Keller’s case, he is buying the best without regard to price.  But this doesn’t work for the rest of us.)

Finally, as a chef I have personally found great value in buying and serving local food.  First of all, it keeps me directly connected with the seasons – and more importantly, how those seasons change from year-to-year.

For example, the menus I create tell me to the week when the local strawberries are available, when the blood oranges are ripe, and when the heirloom tomatoes are fresh off the vine.  I could, if I wanted, get these products nearly year-round if I chose – but then I wouldn’t know that a heavy spring rain delayed the strawberry harvest by two weeks compared with last year.  And perhaps I wouldn’t realize it when unusually cool temperatures kept the heirlooms from fully ripening.  And it is these seasonal and yearly variations that keep me grounded in where I am.

Working with local farmers also teaches me to be nimble in the kitchen, especially if you commit to buying whatever they bring you.  They might say they have 20 lbs of baby bok choy, but then the harvest might not pan out and instead I receive 10 lbs of sugar peas and a case of garlic scapes instead.  Too bad that your menu is already printed – improvise improvise improvise.  This is how nature is in the real world, and it benefits me as a chef to accept and integrate that unpredictability.

Interestingly, Keller does have a small farm as part of The French Laundry.  But when he talks about his farm, he does so from a social view point, not an environmental one. Again, here are Keller’s comments from the Sustainable Food Institute panel:

We have our own garden and orchards in Yontville.  “Why do we have our own garden, our own orchards?”  We’re in California which has the most amazing product in our country. It’s not just that we like to grow our own so we can say so. It’s about the teaching process for our young cooks.

When I was a young cook, I would get on the phone every night and place my order and it would come in the back door, and I didn’t have a connection to where that food came from, and so my idea of waste wasn’t’ something that was really important to me.  So now, growing our own, and harvesting it, and washing it and serving it, you understand the level of respect you have for that food grows enormously. So the amount of waste has been reduced by a great deal.  So it’s really about responsibility and respect for the product.

“Responsibility and respect for the product” is a great goal — and I applaud Keller for investing time, energy, and money into his gardens.  But at the same time, his culinary skills have given him power as an international spokesman for what good food is.  His terminology and ideas around local food are confusing to the casual observer.  So while his food is delicious, I believe our country would be better off by not following the example he is creating.