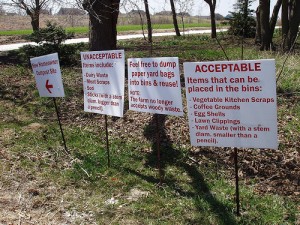 The US Green Building Council’s draft LEED* for Neighborhood Development (LEED-ND) rating system would allow subdivisions built on prime farmland to qualify for the organization’s green seal of approval. At a time when farmland is converted to subdivisions and shopping malls at a rate of two acres a minute, this is a major step in the wrong direction. Indeed, communities throughout the nation are looking for ways to revitalize their foodsheds and grow more food locally. We should be doing everything possible to preserve prime farmland, instead of greenwashing projects that pave over it.

Prime farmland is the land best suited for growing agricultural crops with minimal inputs of fuel, fertilizer, and pesticides and without causing soil erosion. Crops can be grown on lower quality land, but with more petrochemical inputs for the same bushels of output. Keeping prime farmland in farming, particularly in urbanizing counties, is a key strategy for reducing greenhouse gas emissions, cutting pesticide use, and limiting our dependence on distant food sources. Once this land is divided into parcels, paved, built over, and sliced up by roads and other infrastructure, it is lost forever.

The proposed LEED-ND standard, currently open for public comment until June 14, would allow developers to get LEED status even if the project is built on prime farmland, provided that they purchase easements protecting land with comparable soils. The calculations for mitigation are a bit complex, but in urbanized areas, sprawling projects with residential density less than or equal to 8.5 dwelling units per acre of buildable land have to protect twice as much farmland as they destroy. But the required mitigation drops as the density of the project increases. Projects with residential density between 11.5 and 13 dwelling units per acre must set aside at least 50% of the acreage destroyed. Those projects at a density of more than 13 dwellings per acre have no mitigation requirement at all. In projects located in rural areas, the mitigation requirements are even less stringent.

If adopted as-is, the LEED-ND certification will falsely brand as “sustainable” many projects that squander precious, non-renewable, fertile soils. Given the challenges of climate change, water shortages, and declining soil productivity, coupled with an increasing population, it is essential to preserve prime farmland for future food production near our towns and cities. If advocates are successful in their efforts to shift agricultural subsidies from large commodity growers to small- and mid-size sustainable farms, this farmland will be increasingly profitable to farm, and will form the backbone of a revived, diversified agricultural sector.

No doubt, the USGBC is concerned that a prerequisite precluding development on prime farmland would reduce the pool of applicants for the LEED-ND certification, including projects that have other beneficial green attributes. Some may believe that allowing LEED projects on prime farmland would encourage developers to build subdivisions with small built-in farms, like the well-known Prairie Crossing, and that these farmland subdivisions would mitigate the overall loss of farm acreage. Others may feel that prime farmland is simply not important enough to worry about, or is impossible to keep in farming given the current dominance of large-scale, global agribusiness.

But there is nothing sustainable about a project that diminishes our finite stock of fertile soil. Providing guidelines that encourage developers to build more compactly does not make it right to build a compact development on prime farmland any more than it justifies filling in wetlands, cutting intact forest landscapes, or paving over critical habitat for a project. And protecting an equivalent amount of land somewhere else, or installing solar collectors, greywater recycling systems, or other environmental technologies does not offset the permanent loss of this land.

Moreover, there is plenty of land to build great new neighborhoods in existing communities or on sites with marginal soils not suited to growing food, feed, or fiber located adjacent to towns and cities. Those are types of projects that deserve LEED-ND recognition. Prime farmland, a finite resource, should be the last place anyone builds, and those developers who choose to destroy prime farmland should not be given the honor of being called leaders in energy and environmental design.

To submit comment on the LEED for Neighborhood Development Rating System, see the US Green Building Council’s website. The USGBC comments process requires choosing a section to comment on. For this topic, choose “Smart Location and Linkage (SSL) Prerequisite 4: Agricultural Land Conservation.”

*Leadership in Energy and Environmental Design