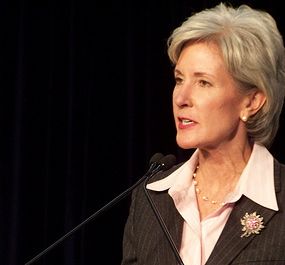 Today a broad array of 29 farmers, consumer groups, businesses and other organizations sent a letter to Kansas Governor Kathleen Sebelius, President Obama’s pick to lead the Department of Health and Human Services, urging her to veto HR 2121, a bill passed by the Kansas State Legislature last week which would require an additional disclaimer on labels for dairy products produced from cows not treated with recombinant bovine growth hormone (rbGH or rbST), a genetically engineered, artificial hormone that induces cows to produce more milk. (To read more about the problem with rbGH, check out this earlier Civil Eats post.) The bill was sent yesterday to Governor Sebelius, who has ten days to veto it.

“Since the FDA’s controversial decision to approve the use of rbGH, questions have only grown about its safety for humans,” said Dr. Michael Hansen, Senior Scientist for Food Safety for Consumers Union. “HR 2121 interferes with consumers’ right to know what is in their food and how it’s produced and farmers and dairies have the right to tell them.” Consumers Union sent a similar letter to Sebelius urging her to veto the bill.

The required disclaimer would read: “the Food and Drug Administration (FDA) has determined there are no significant differences between milk from cows that receive injections of the artificial hormone and milk from those that do not.” That statement is based on an 18-year-old FDA review; however, FDA’s own publications, as well as subsequent scientific studies have shown that there are significant differences, some of which may affect human health. The Kansas bill also goes against long-established Federal policy as outlined by the FDA in a July 27, 1994 letter to New York Department of Agriculture and Markets: “The bottom line is that a contextual statement is not required…and in no instance is the specific statement ‘No significant difference has been shown…’ required by FDA.”

In addition, the Legislature tacked on the dairy labeling rules of HB 2295 as a rider on HB 2121 without a hearing in the Senate Agriculture Committee. This denied the numerous opponents of labeling restrictions the chance to testify. Even with the lack of proper debate, the bill barely passed the Senate by a 22-15 vote, just two votes short of failing, demonstrating that there is barely a mandate for labeling changes in Kansas.

“As she reviews this bill, and ascends to the U.S. Department of Health and Human Services, we urge Governor Sebelius to veto this bill, protect the health of Kansas’ citizens, and to leave a legacy of support for the public interest, not special interests,” said Patty Lovera, Assistant Director at Food & Water Watch.

Due to growing consumer demand, companies are removing rbGH from their dairy products across the country. In addition, over 160 hospitals all over the country have pledged to serve rbGH-free products and the past president of the American Medical Association said in a letter to all AMA members that hospitals should serve only milk produced without rbGH.

“Kansas is taking a step in the wrong direction, as more than half of the 100 largest dairy processors in the country have gone partially or completely rbGH-free to satisfy consumer demand,” said Heather Whitehead, True Food Network Director at the Center for Food Safety. “If dairies decide not to label milk as rbGH-free due to these unnecessary labeling requirements, or decide not to sell their products in Kansas, citizens will be denied the chance to make informed choices about what kind of dairy products to buy.”

Local retailers are also concerned about the effects of the labeling requirements. “We hope that Governor Sebelius will veto HB 2121 which could create a financial hardship for the state’s mid-sized and small dairy producers and retailers, and could raise barriers to interstate commerce,” said Devrin Forte, Store Manager at Topeka Natural Foods.

Food & Water Watch and Center for Food Safety both have action alerts so you can tell Governor Sebelius that consumers have the right to know what’s in the milk, and dairies have a right to tell them.