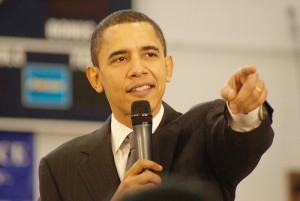 “Now that we have planted a White House garden, we want to pay all American’s to do the same,” announced President Obama in one of the boldest policy shifts of his administration so far.
“This is not strictly a food issue,” he continued, “but it is a security issue and an energy issue that affects American’s from all backgrounds and races, in all fifty states. Access to clean, healthy, sustainable food has to be one of our top priorities going forward.”