Water, Water, Everywhere…But at What Cost? 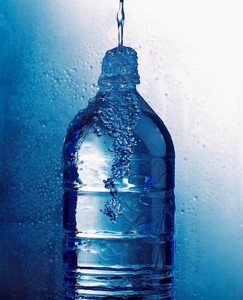 The sale and consumption of “bottled water” continues to grow at an astounding rate throughout the world. This is especially so in the USA. If you have ever traveled well off the beaten path in a third world country, the lack of safe and reliable water for drinking, bathing, and cooking is always a concern. And with good reason—for much of the world, this is a very real problem that leads to countless cases of disease and even death, the likes of which you would not expect in this country.

That bottled water sales and consumption continues to increase dramatically in this country seems to defy logic, since nearly every American has access to reliable, safe, and relatively cheap water delivered right to the tap. Nevertheless, bottled water is purchased by American consumers for a wide variety of reasons, ranging from convenience or a healthier alternative to soft drinks, to worry over the quality of potable water from municipal systems. No doubt heavy marketing to consumers plays a role. It’s hard to pick up a magazine or look at the TV these days without seeing an ad for water. The three largest producers of bottled water in the USA are the Coca-Cola Company (Dasani), the Pepsi Cola Company (Aquafina), and Nestle (Pure Life and other brands).

But the relatively cheap luxury of a bottle of Evian or Fiji spring water comes with serious hidden costs. What to do with all those empty bottles is an obvious consequence. What about the impacts of water extraction on local watersheds? And what of the energy consumed to produce, fill, ship, and cool it? As a result, a backlash has developed among some consumers, restaurants, and even municipalities over the societal and environmental costs of bottled water.

A recent paper published in the research journal Environmental Research Letters [PDF] took a look at the amount of energy consumed by the bottled water industry in the USA. The authors, Peter Gleick and Heather Cooley of the Pacific Institute in Oakland, CA, noted that in 2007, the last year for which detailed global data were available, more than 200 billion liters of bottled water were sold, largely in North America and Europe, but with rapidly expanding sales in many developing countries as well. During that same year, the Beverage Marketing Corporation, which tracks beverage sales, estimated that consumers in the United States purchased over 33 billion liters of bottled water or an average of over 110 liters per person. That’s nearly 30 gallons per person! And despite rising interest with “green” consumption, Americans drank 70% more bottled water than they did in 2001. Bottled water sales have now far surpassed the sales of milk and beer. The only beverage category with larger sales is carbonated soft drinks. Furthermore, per-capita bottled water consumption is growing, while per-capita sales of milk and soft drinks are falling, according to the US Department of Agriculture.

The vast majority of single-use plastic water bottles are made out of polyethylene terephthalate (also known at PET). PET is a thermoplastic polymer resin used for a wide variety of purposes, ranging from the production of polyester fibers and clothing to food and beverage containers. Take a look at your bottle next time: PET has a number 1 stamped on the bottom.

In their study, Gleick and Hooley found the energy footprint required for various phases of bottled water production, transportation, and use is enormous. For water transported short distances, the energy requirements of bottled water are dominated by the energy to produce the PET bottles. Long-distance transport, however, can lead to energy costs comparable to, or even larger than, the energy to produce the bottle. (They compared the transportation costs for bottles of water shipped to Los Angeles from a nearby source, from the island Fiji in the South Pacific, and from France.) Far less energy is needed for processing and treating the water, and cooling bottles for retail sale.

Combining all of the energy inputs totals, they estimate that producing bottled water requires as much as 2,000 times the energy cost of producing tap water! Given an annual consumption of 33 billion liters of bottled water in the US, the annual consumption of bottled water in the USA in 2007 required an energy input equivalent to between 32 and 54 million barrels of oil or a third of a percent of total US primary energy consumption. Put another way, each bottle of water we’re consuming is about 15-20% oil! And to satisfy global bottled water demand, they estimate that roughly three times this (USA amount) of energy is required.