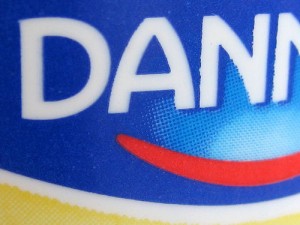 On the heels of Yoplait’s announcement that they’re going rbGH-free, Dannon is now saying that its entire product range in the U.S. will be free of the much criticized dairy cow artificial growth hormone by the end of this year. As reported here, Dannon, like Yoplait, is citing consumer demand, rather than health concerns, for this change in policy.

“This is a response to our market evaluation and consumer preference,” Dannon’s senior director of public relations Michael Neuwirth told DairyReporter.com. Dannon claims to hold about one-third of the market and its shift in policy is a result of the tremendous efforts of every day citizens who demanded that their milk be free of rbGH.

So, it’s surprising then, that the folks in Kansas are moving ahead with eleventh hour legislation tomorrow to restrict “artificial growth hormone-free” and “rbGH-free” dairy labels. This legislation, if passed, would make Kansas the only state to restrict dairy labels in this way. At a time when more and more dairies are going rbGH-free in response to consumer demand, Kansas seems to be moving in the opposite direction.

If this sounds familiar, it’s because this battle was recently fought last year in Kansas. Back then, Monsanto pushed a bill to end this informative labeling, but that legislation died in the Senate Agriculture Committee after considerate consumer opposition. Now proponents have tried to sneak the bill through again.

While the bill does allow for some claims about milk not being produced with artificial growth hormones, it does not allow phrases like “rbGH-Free,” and requires the use of what many consumer, health and environmental groups and dairy producers believe to be a misleading disclaimer on milk labels.

Additionally, this legislation could place a financial burden on small dairy producers and the State of Kansas. The bottom line is that the rules that have been in place for the last 14 years have worked just fine.

If you live in Kansas, Food & Water Watch and the Center for Food Safety both have action alerts so you can tell the Kansas House Ag Committee that consumers have the right to know what’s in the milk, and dairies have a right to tell them.