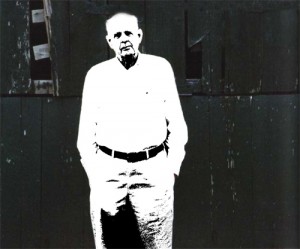 On a cold, sunny Kentucky day at a solar-powered livestock gathering, otherwise known as the American Grassfed Association’s annual conference, I began to feel something like nostalgia. I say “something like” because it was an ironic reminiscence for a past agriculture I’ve never known yet at the same time feel connected to. Maybe this experience was not nostalgia, but instead an apparition of a sensibility returning to sow the seeds of posterity’s stake.

Inspiring this apparition was the contrarian and prophetic voice of Wendell Berry, a farmer, a poet, a lover of grass, a lover of sod. The Unsettling of America, his critique of the myopic “get big or get out” agricultural model that dominated the 1970s, was far ahead of its time, yet seemed and still seems to sit, collecting dust, on the shelves of those who’ve made major agricultural policy decisions since the 1970s. And with the same awareness he shared in The Unsettling of America, Berry now offers a concise and declarative message for agricultural planners and farmers alike—“all farmland needs to be under perennial cover.” This is the message he’s written in the forward of a forthcoming book called Grasslands by Fred Kirschenmann.

In his address at the conference, Berry expanded on that message to describe how a spongy sod under perennial cover benefits the health of our land, watersheds and people. He elaborated on the consequences of the present, temporary and highly specialized agriculture, which is based on cheap fossil fuels and chemicals and treats living organisms as machines. This agri-industrial model is predestined to be a relic for the simple fact that it uses up to produce. Enter perennial grassland. In contrast to this agri-industrial approach, which undermines soil fertility and food security, a perennial plant-based agriculture builds, through deep and extensive root systems, a healthy, responsive sod that is more adaptable in times of drought, disease or flood. A perennial plant-based agriculture is also more supportive of natural ecosystems, increased biodiversity and soil—our common ground and connection to all.

The benefits of a perennial agricultural approach are manifold, and will significantly increase under the devoted care of young and new farmers. As Mr. Berry states, these farmers will need to have complex and extensive minds, unlike the simple minds of the agri-industrialists. They will need to fit their farming to the nature of their farm and to understand and honor soil fertility. They will need to know their neighbors and respect their debt to nature. They will need to conserve, through husbandry and artistry, the balance of plants and animals on a diversified farmland. They, first and foremost, will be friends of grass and will, with humility and courtesy, remain true to the land.

Furthermore, this new generation of farmers will recognize this need not as a back-to-the-land folk agricultural recollection, but a call to action for a new era of growing that will all at once be demanding, desirable, delicious and down-to-earth. And like they to their land, we, armed with a considerable power of choice and resistance to standardless salesmanship, will remain true to them by what we choose to buy or not to buy. This, as Mr. Berry maintains, will impact the health of whole communities—ourselves, the place where we live, and all the humans and other creatures who live with us.