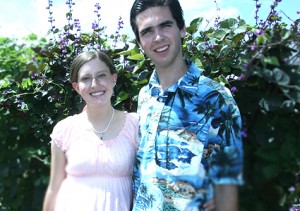 The last couple sunny days have gotten me itching to buy seeds.  The skilled gardeners I know (of which I am decidedly not, having barely grown an herb garden that now looks like brittle sticks in dirt) have told me to get started with my highlighter and my catalogs – order before it gets to late and the best seeds are gone.  So I became a member of the Hudson Valley Seed Library ($20) and got ten complimentary packets of their heirlooms, most of which come from this area.

With Monsanto and their ilk gobbling up all the seed companies in the last decade, its important to remember to support the little guys – like another small company in Missouri, Baker Creek Seed Company.

From The People Who Feed Us:

At sixteen years of age, Jere Gettle joined Seed Savers Exchange and never
looked back. With his interest in gardening (and collecting) as the catalyst, he
started Baker Creek Seed Company And he still looking for ways to get the
word out about the value of heirloom seeds.

Now his operation distributes nearly 100,000 catalogs yearly, hosts a gardening
forum-I Dig My Garden, and has put together what is generally acknowledged as
one of the best seed collections around.

Jere gives a good explanation here of why heirlooms matter. The diversity of
plants is a strength that Baker Creek promotes mightily. As host to several events
at his southwestern Missouri location every year, Jere is a outspoken advocate
for real food through old-school seeds. He loves this stuff.

Check out the engaging documentary they made of Jere Gettle (and the many other wonderful documentaries on their site, www.thepeoplewhofeedus.com)