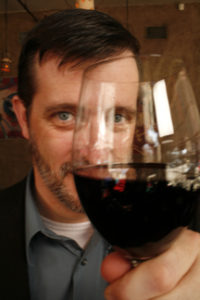 Seventeen years ago, I left a great job teaching at a prestigious northeast culinary school to move back to Iowa and be an executive chef at a Holiday Inn. It was difficult to find people, in Vermont or Iowa, who did not think I was certifiably insane. Those who thought they knew Iowa claimed, “There’s no there, there!” And those who did not asked, “Iowa? Isn’t that where they grow potatoes?”

Because I had spent my undergraduate years in Iowa, I was accustomed to the rest of the country, especially folks from the coasts, referring to it as one of the “flyover states.” Iowans, a group among whom I now proudly count myself, are fine with that — as long as such critics do just fly over. We’ll wave. We’re Iowans. East Coast has Broadway, West Coast has Hollywood, and Iowa has people — damn fine people.

The other thing Iowa has is Agriculture — and I use that capital “A” deliberately. We produce more pork, more corn, and more eggs than any other state in the union, and come in second or third in virtually every other commodity crop save oranges. And who knows? Global climate change may change that too.

What the people who wanted to put me in a rubber room a decade and a half ago didn’t see, which I did, was the massive potential for local, sustainable, community-based food systems in Iowa. After all, it is home to 3 million people who still have spiritual and familial ties to the finest soil on the planet.

One of the lessons I’ve learned from almost 30 years in food service is that fresh tastes best. Sounds obvious until you look beneath the surface a bit and realize that what passes for fresh in many places is really not so fresh, and many “foods” currently available on store shelves can be measured in half-life rather than shelf life. Ninety-five percent of Iowa’s food is imported, and it travels an average of 1,500 miles to get to our plates. This in a state that can grow anything that can grow outside the tropics. Doesn’t matter how fast your planes, trains, and trucks are; if it traveled 1,500 miles, it’s not fresh.

My thought was, the closer it is to my kitchen door, the fresher it’s going to be. Seemed simple enough. At the time, the farmers’ market was right outside the hotel’s back door, but disagreements with management kept me from buying much from the market then. So 12 years ago I opened  Devotay, a tiny, quirky little restaurant serving Spanish-style food made from local ingredients (wherever feasible) smack in the belly of the agribusiness beast. There were ADM and IBP (now Tyson) and Quaker plants less than 30 minutes away. There was one other business I could find that endeavored to buy locally (the renowned New Pioneer food co-op), and when I walked through the farmers’ market in my white chef’s coat, people looked at me funny. “What’s a chef doing in the farmers’ market?” I could almost hear them thinking.

I only knew two farmers personally, but I knew people who knew people, and gradually Devotay built a network of local growers we now lovingly refer to as the Devotay Local Farm Partners, who are recognized in name and image at the restaurant’s entrance (“The Hall of Farm”). What success and accolades Devotay has received I owe primarily to them (and to the best dang staff in town). In addition, we built a one-acre garden of our own under the loving care of my wife and business partner, Kim McWane Friese. Guests never cease to be pleased and impressed with the greens, tomatoes, peppers, ground cherries, and more that come from the Devotay Gardens.

But getting from there to here was not a straight line. Opening a small restaurant serving Spanish food — which most guests thought would be like Mexican — with no TVs, no fry-o-lators, no smoking, and no light beer in a college town, seemed to many to be further evidence of my deteriorating mental and emotional condition. But it is said that nothing persists like persistence, and we were convinced that if we focused on the food, everything else would fall into place.

The food I bought locally was simply better. It looked, smelled, and tasted better, and there is mounting evidence (more here) that much of it is more healthful as well. And it has economic and marketing benefits too. There is a strong multiplier effect to keeping my dollar in my community, and my clientele appreciate our dedication to the health and well-being of the area.

Connections to those first two farmers, Simone Delaty of Wellman and James Nisly of Kalona, led to friendships with many others, such as Susan Jutz, who runs the organic CSA Local Harvest with Simone, and Nick Wallace, who raises grass-finished beef.

Onward the connections went. Along the way I learned that buying all my ingredients off the back of a truck from U.S. Foodservice is definitely easier, and often cheaper. But that food is never of a higher quality, and it takes its toll. Any business can take great strides when it stops looking at price and starts looking at cost. Same holds true for individuals and families. For just a moment set aside the price on the tag, and take a good hard look at the hidden costs of cheap food.

Chefs, you may think it cheaper to buy that commodity beef from Sysco. Moms and dads, it may seem more convenient to get the cheap grocery-store apples from New Zealand than to visit the nearby orchard, or to get the frozen entrée rather than making a simple pasta dish at home. But imagine the impact on our environment and health-care system of all that processed food. Think of the fuel used to ship an apple halfway around the planet. Then consider the benefits of taking a walk through an orchard with your children, of having them learn at your apron strings, of shaking the hand that raised that steer.

We are all co-producers, Wendell Berry tells us, all a part of the interconnected web of food production, and are therefore just as culpable for its ills as the agribusiness corporate executives are.

In the past seventeen years I have seen an awakening here in Iowa, and I have undergone one myself. Where once no restaurants were buying locally, now there are at least 15 in Iowa City alone (a town of just 60,000). Plenty more are cropping up in even smaller surrounding towns:  Lincoln Café in Mt. Vernon, Redhead in Solon,  Phoenix Café in Grinnell,  Augusta in Oxford and Café Dodici in Washington, to name just a few. The University of Iowa Food Service is sourcing some foods locally, and the Iowa City Farmers’ Market, where people used to look confused when they saw my chef’s coat, has more than doubled in size and hosts plenty of chefs every day.

There’s plenty more to be gleaned from my magazine, Edible Iowa River Valley, and you can sign up for our email newsletter here.  The restaurant has a newsletter too – sign up here.

If such progress can be made here, one plant, one plate, one palate at a time, it can be made everywhere, and I hope it will. Because the best times of our lives often happen gathered around a table with great food in front of us and the people we love all around. Who wouldn’t want more of that?

This bisque is the perfect winter belly-warmer, always well received at Devotay and now even more so with the addition of Iowa’s own whiskey, Templeton Rye. The pork shoulder is the recipe I used when preparing the Mulefoot hog for consideration by the Slow Food USA Ark and Presidia Committee. The Mulefoot was boarded onto the ark at Seed Savers Exchange in September 2005.

I grow most of the ingredients (except the bay and the syrup) for this soup myself, but they should be readily available this time of year in most farmers’ markets. The rye, though, will be a challenge, as it is only available here in Iowa. A good bourbon can substitute.

This is a time-consuming recipe, but worth every minute. It’s a great way to really wow your guests at the next barbecue. Remember to use the Mulefoot, or one of the other breeds listed on the Slow Food Ark of Taste & Tradition — we have to eat them to save them!

2 pound pork shoulder roast, boned and netted (your butcher will do this for you)
1/4 cup each salt and brown sugar, mixed with
2 tablespoons cracked black pepper

Rub the shoulder with the seasonings and refrigerate in a sealed plastic bag overnight.

Slow smoke the shoulder over hickory or cherry wood, at a temperature of 225 degrees F for 5 to 7 hours, or until the crust is very dark and the internal temperature is about 160 F.

Mix the peppers, garlic, onions, carrots, celery, and bay leaves, and place them in the bottom of a large, deep casserole or other ovenproof pan that is at least 5 inches deep.

Cut the pork into preferred portion size (roughly 6 to 9 ounces, depending on how hungry your family is). Wrap each piece with a slice of prosciutto and a leaf of kale. Place each piece seam-side down on the bed of vegetables in the casserole.

Add the chicken or veal stock, enough to just cover the pork. Add a little water or white wine if you’re a little short of liquid.

Cover tightly with a lid or with parchment and foil.

Braise for 3 hours, then remove and allow to rest for 30 minutes. Serve over risotto or polenta. Makes 4 to 6 servings.