By Michael Dimock and Richard Rominger 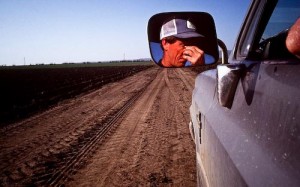 California’s unfolding drought now three years running may prove to be the worst in its recorded history. Unprecedented action emerging from effective leadership is needed. This crisis will further rock the nation’s staggering economy and food supply. Farms have begun to fail, communities to crumble, food prices to rise, and more people are losing jobs and going hungry. Like the south’s hurricane Katrina, this drought provides a dry run for combined national and local response to global climate change.

Although few have yet noticed, this is a national crisis because California produces 50% of the nation’s fruits, nuts and vegetables, and a majority of the nation’s salad, strawberries, and premium winegrapes. State and federal agencies that deliver water to farms up and down the Great Central Valley are preparing for cuts of 85% to 100%. Coastal communities may begin rationing programs within weeks. Even with increases of 50% in ground water pumping, which is clearly not sustainable, in the Central Valley alone up to 60,000 jobs and $1.5 billion in income will be lost, according to a UC Davis agricultural economist, Richard Howitt.

Once they begin, such massive natural events like drought or hurricanes are beyond our human ability to stop. The human challenge is to offer effective response. Neither the federal nor state government can mitigate the impacts of this drought without massive cooperation. A new public dynamic involving all levels of government, business, and community must engage the challenge.

In light of this reality, we must ask ourselves important questions. Will our leaders maintain a long-term vision as they frame and communicate tough decisions in order to extract meaningful learning from the pain and suffering that is inevitable? Will government provide a rapid, flexible, and clear framework for competing interests to resolve conflict? Despite the pressures, will agricultural, environmental, and urban interests think beyond the immediate, to arrive at agreements that lead to sustainable resolutions to conflicting needs? 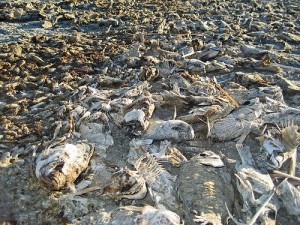 Our answers to these questions, lead us to recommend three immediate actions in response to the drought.

Second, the President and Governor should direct the drought response team to begin with the following four premises: a) food production in California is a national security priority and simply importing more food is not a solution to the problem; b) all responses must emerge from a primary respect for ecological systems and those who steward the resources within those systems to water, feed and cloth us; c) both immediate and long-term responses are required to deal with the current impacts and root causes of climate change and drought; and d) both urban and rural communities must share the burdens that will be required.

Third, the secretaries of the US departments of Agriculture and Interior, Tom Vilsack and Ken Salazar, should ensure that their top deputies are tied directly to California’s farmers and environmental organizations because without trusted Californians at the top in Washington, drought response will be much less effective.

By taking these suggestions, the state and nation could minimize the pain caused by this drought and simultaneously evolve methods for responding to climate changes that will come more rapidly and powerfully over time.

Richard Rominger is the former deputy secretary of USDA and secretary of the California Department of Food and Agriculture. Michael R. Dimock is president of Roots of Change, a multi-sector collaborative supporting development of a sustainable food system in California by the year 2030. Read more >