Bush Causes Last Kerfuffle with Tariff on Roquefort, But Obama Could Learn From the French Instead | Civil Eats

Bush Causes Last Kerfuffle with Tariff on Roquefort, But Obama Could Learn From the French Instead 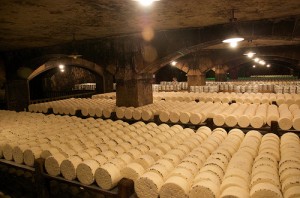 For a President who prefers canned vegetables to fresh, it probably wasn’t hard for George W. Bush to decide last week to make it impossible for Americans to buy Roquefort. In a last ditch effort to stick it to the French, a 300% tariff was added to the cheese, making it prohibitively expensive. This move only added to the animosity between the two countries that began after the French refused to go to war in Iraq and America responded with Operation Freedom Fries. But the reasoning behind the move was more astonishing: to punish the E.U. for their continued ban on our growth hormone-treated beef.

Aside from the fact that I agree with the French (full disclosure: my husband, Yann, is French), this was a pathetic effort on Bush’s part.  I am so glad that somewhere in the world a government has enough sense to 1.) say no to America when necessary, and 2.) stand up for their food system.  Accepting meat treated with hormones is completely counter to French eating habits, and should the government do so, people would take to the streets like they did in South Korea for this very reason last spring.

This all hit home recently when I went into a local butcher in the Lower East Side of Manhattan with Yann, and being the dutiful (and concerned) husband of a food policy writer, he asked the Ukrainian butcher about the origin of his pigs. Were they raised on a pasture? He wanted to know.  The butcher cocked his head and repeated what he had just told us, that there were two types of ham, a honey-glazed ham, and a country-style ham. “But where do they come from,” Yann persisted, “Did they eat grain?” I knew this was an exercise in futility, but I was happy that it was bringing the point home for my Frenchman, who has had erstwhile idealistic perceptions of how we view food in the U.S. “I’m sorry, I don’t understand,” the butcher said, shaking his head. The woman next to us translated, and the butcher shrugged his shoulders, giving us a look of confusion as to why we’d even be asking.

When we left the shop, my husband expressed how stunned he was – in France any butcher could tell you the farmer’s name, the area in France where the animal was raised, what it ate and how old it was when it was killed (not to mention sell you any and every part of the animal). This was just a part of feeding the public safely. But in America we are so removed from our food system, and things have gotten so bad behind the scenes (Did you know that genetically engineered meat doesn’t have to be labeled thanks to lobbying from Big Ag?) that when we read books like The Omnivore’s Dilemma or watch the film King Corn we are so shocked and appalled that we either become food policy writers, or we look away in disgust.

The Obama Administration will surely reinstate friendlier relations with the French (who would have voted for Obama nine out of ten times had they been given the chance), starting with discontinuing the tax on Roquefort, for which the United States makes up only 2% of sales. And perhaps in our growing curiosity about food, we will come to appreciate the sheep cheese — cave-aged in a 1,000-year old tradition — which is protected from imitators by the French government.

But it is my profound hope that during this time of greater transparency, when we are more willing than ever to look on and find out where our food is coming from, that we can begin to roll back the other trespasses that have been taking place since President Reagan ripped the solar panels off the White House roof: let’s begin by telling farmers to get smaller instead of bigger and encourage them to diversify their crops, while giving incentives and land access to a new batch of producers; and meanwhile we should encourage consumers to eat by the seasons and grow some of their own produce on their lawn; and then let’s introduce the two to each other – because knowing your farmer is the best safety mechanism in a system that has grown to big to manage.