Will the People's President Hear Our Call to Put His Hands in the Soil? | Civil Eats

Will the People’s President Hear Our Call to Put His Hands in the Soil? 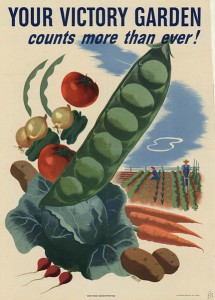 For those of you who’ve spent the last year living in a cave, environmentalists and food fighters have been talking incessantly about pushing our next president to plant a garden on the White House lawn. But this is not just so that Obama has an endless supply of arugula.

The Eat the View campaign is the brainchild of Roger Doiron, an organic gardener from Scarborough, Maine.  His hope was that a Victory Garden, like the one that Eleanor Roosevelt famously kept at the White House, would bring awareness to our food miles, encourage eaters to grow some of their own food by example, and show solidarity with farmers, as well as feeding the first family economically and sustainably.

The campaign quickly grew to over 20,000 supporters through an online petition, and garnered notice from the Washington Post, the New York Times and National Public Radio.  Most recently, the concept even won a contest on the site On Day One, which entitles the idea to be presented to President Obama.  Two times a charm?  It is also in the running for a contest on Change.org, and the winner’s idea will be presented to the Obama administration on January 16th at an event at the National Press Club.  The project needs your votes today, as it is the last day of that contest.

Victory Gardening as a positive force can’t be underestimated.  Our resident Victory Gardener and historian Rose Hayden-Smith wrote a few months back about the power of a national gardening effort during wartime, which “helped the family budget; improved dietary practices; reduced the food mile and saved fuel; enabled America to export more food to our allies; beautified communities; enabled every American to contribute to a national effort; and helped bridge social, ethnic, class and cultural differences during a time when cooperation was widely needed.”  All this with just a little show of Presidential leadership.

Walking in your farmer’s shoes also allows you to appreciate the effort that goes into producing your food, and makes you scratch your head when you hear about the abysmal government policies propagating poor nutrition and by extension unhealthy communities.

And did I mention, gardening is fun?  Eating something you’ve grown gives you a sense of well-being that going to the grocery store never will.

“President-elect Obama ran on a platform of social change and of reaching across the political aisle and national borders to tackle big problems together.” Doiron says. “Organic gardens do just that. They’re not conservative or liberal, white or black, male or female, gay or straight. They cut across all lines and offer a hands-on, low-cost way of making progress on global warming, food security, health care and energy independence.”

It remains to be seen whether or not Obama will go the way of the Roosevelts. He has been a little tone deaf on ag policy so far (over-focused on ethanol, taking back his praise of Pollan’s letter to him in the Times, Vilsack appointment), but he did say way back when that he was interested in greening the White House. This could be one of the most economical and far-reaching ways to begin to fill that promise.