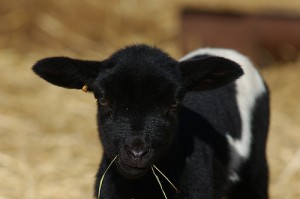 A couple of weeks ago, I wrote about my hope that President-elect Barack Obama would ask his Agriculture Secretary nominee, former Iowa Gov. Tom Vilsack, to break the hold of Big Agribusiness on the U.S. Department of Agriculture and to broaden the agency’s outlook and constituency. Following Obama’s election, Nicholas Kristof of the New York Times wrote two trenchant columns about renaming the agency the Department of Food, to reflect that we all have a stake in how food gets to our tables and that USDA can no longer be the handmaiden of Big Ag. In addition to mentioning the need to address animal welfare, Kristof echoed author Michael Pollan’s view that we cannot solve our nation’s big problems of energy policy, national security, and global warming without enacting serious reforms to America’s agricultural policies.

Today, the Senate Agriculture Committee will hold its hearing on the Vilsack appointment, and we expect to see some of these issues aired out. But yesterday, we saw some movement on this issue—at the state level.

California’s stepping up again and I am in Sacramento to participate in a press conference called by California Senate President Pro Tem Darrell Steinberg and Senate Majority Leader Dean Florez to announce a newly constituted Senate Committee on Food and Agriculture. Sen. Florez will chair the committee, and it is no longer going to be dominated by lawmakers from rural areas who are beholden to agribusiness. While the committee will certainly attend to the needs of production agriculture, it will also look at animal welfare, food safety and security, nutrition, and the environment.

When it comes to farm animal welfare, California agriculture was ground zero for The HSUS’s work in 2008. We started the year by releasing the results of an investigation into the Hallmark/Westland slaughter plant in Chino, exposing the gross mistreatment of spent dairy cows. Our investigation led to the nation’s largest-ever meat recall. Then in November, voters overwhelmingly approved Proposition 2, adopting a phase-out of some of the most extreme confinement methods for 20 million farm animals in the state.

The fact is, we would have needed neither the undercover investigation at Chino nor a ballot initiative like Prop 2 if agribusiness had paid more attention to public attitudes and been held by lawmakers to a higher standard of animal welfare. The reorganization of this committee is in large part a reaction to Hallmark and Prop 2—which cast a spotlight on the failures of agribusiness.

There are other problems with animal agriculture in California and the rest of the nation that still need attention, including painful mutilation of animals without anesthesia, the rampant use of antibiotics on factory farms, and enormous waste generated by these industrialized operations.

We look forward to working with Sen. Florez and all of the other committee members and stakeholders to address these problems. In the past—and as it is in every other state—the Senate Agriculture Committee was a dead-end street for meaningful dialogue and reforms, but now in California we have the prospect of participating in a robust examination of important policy matters.

But this conversation can’t happen without you. The table may be set, but we have to pull up a chair, create the menu, and join in the discussion. You can provide your thoughts on what the focus and agenda of this new committee should be by visiting www.californiasafefood.com. Leave a message for Sen. Florez and his colleagues about key animal welfare issues you’d like to see addressed. It is an extraordinary opportunity, and we should make the most of it.