The Civilizations that Destroyed Their Soil are No Longer: Wendell Berry and Wes Jackson Weigh In | Civil Eats

The Civilizations that Destroyed Their Soil are No Longer: Wendell Berry and Wes Jackson Weigh In 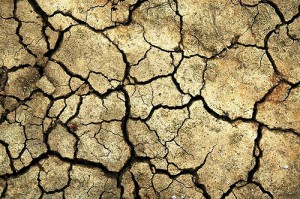 Yesterday, two of the sustainable food movements great leaders, Wes Jackson, plant geneticist and president of the Land Institute, and farmer/writer Wendell Berry opined on their growing concern for the havoc we are wreaking on our soil.

They talked about the long term damage of even normal rainfall, “by the little rills and sheets of erosion on incompletely covered or denuded cropland” — should there not be practices in place to consciously rebuild the soil — and went on to state outright the other great threat, “degradations resulting from industrial procedures and technologies alien to both agriculture and nature.”

Those alien technologies and procedures? Our current industrial agriculture system, which promotes a one-crop-at-a-time policy, and ignores the lessons learned over 10,000 years of agricultural practices (inter-cropping, small-scale farming using minimal oil inputs), instead promoting the discoveries from agribusiness-funded labs over the last half-century.

Most chillingly, Berry and Jackson reminded us that “Civilizations have destroyed themselves by destroying their farmland.” For further reading, see Jerad Diamond’s best-seller Collapse.

But they didn’t stop there.  The authors throw the gantlet down on the theory and values behind our economy over the last 50-60 years, when “we have let ourselves believe that as long as we have money we will have food.”  They go on:

“If we continue our offenses against the land and the labor by which we are fed, the food supply will decline, and we will have a problem far more complex than the failure of our paper economy. The government will bring forth no food by providing hundreds of billons of dollars to the agribusiness corporations.”

Their suggestions included increasing acreage in perennial plants and long term thinking in our next Farm Bill.  But will Obama stop taking the limp approach to food that he has so far (see Vilsack) and finally recognize the centrality that food has to all other issues?  We shall see.

The authors credit the growing interest of producers and consumers for beginning to change our unhappy fate.   I for one don’t know enough about soil, but I’m learning.  I’ve decided to begin composting in my basement — I’ll be picking up my worm house from the Union Square farmer’s market on Saturday.  And I’m hoping to set up a composting station on the roof for myself and my neighbors in the springtime, hopefully to produce some good soil for our garden.

I know for most people, the word soil alone is enough to make your eyes grow heavy.  But it is time to wake up to the fact that our whole life is dependent on good topsoil, and we are slowly but surely sealing our own fate.