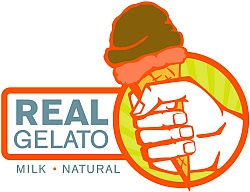 The election is over, but Chris Tan of San Francisco’s Gelateria Naia – featured in the Taste Pavilions at Slow Food Nation 2008 – is calling for food activists in California to support another political cause: the definition of gelato.

A few years ago, the California Department of Food and Agriculture (CDFA) asked Gelateria Naia to submit a standard definition for the term “gelato” in order to prevent confusion within the Department about the many gelato and gelato-like products being put on the market by small and large producers. The definition Chris suggested this year – low milkfat, no injected air, no synthetic ingredients – provoked a firestorm of responses by industrial producers who would be thrilled to dilute the definition and be allowed to sell sub-standard products under the same heading as real gelato made by regional artisans. The CDFA has asked the public to submit comments on the issue before December 15. If you’d like to learn more or share your thoughts about safeguarding gelato (and the artisans who make it), please visit http://realgelato.org