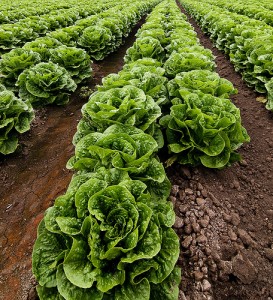 Is it possible to solve the safety issues of food produced on large scales through strategies focused on sterilization? Presenters at the talk “Food Safety Gone Astray: The Misguided War on Wildlife” recently held in San Francisco said no. The common goal of providing people with food free from harmful bacteria is addressed through conflicting strategies. The dominant response to meeting this goal has focused on attempts to sterilize industrial scaled agriculture rather than addressing the ways in which the scale itself has created the safety problems.

Much of the Food Safety talk focused on the industry response in California to the 2006 E. Coli outbreak that was traced to pre-cut packaged spinach. To prevent any long lasting damage to the leafy greens industry efforts were made to market improved sanitation of these products. Thus the California Leafy Greens Marketing Agreement was born and currently 99% of all leafy greens are grown under the guidelines of this membership-based agreement.

The Wild Farm Alliance and other event co-sponsors were concerned that the guidelines set forth in the marketing agreement were seriously misdirected, putting the burden of compliance on farmers alone and taking huge steps backward from progress made on mitigating the impacts that food production has on water quality and wildlife. Most significantly the guidelines do not directly address the issues that caused the 2006 contamination; specifically pre-cut and washed spinach sealed in plastic, processed in huge batches, and kept on the shelf for increasing amount of times. Rather than address this trade off of convenience for safety, the market agreement advisory board, which is made up of mostly the middleman companies between farmer and consumer, decided that the onus should be put on leafy green growers to create as sterile an environment as possible. Strategies for this goal include removing any possible contact with wildlife through poisoning and habitat removal. Extensive information about these practices is available from the Wild Farm Alliance.

The problems of equating safety with sterility was a common theme in the conference presentations, from the demand for wildlife free farming, the use of antibiotics in industrial farm animal production, and to the irradiation of fresh produce. The conference presentations made clear however that sterility is an outmoded understanding of health and the industry needs to catch up on the science. The following three organizations provide good arguments for the ways in which a sterile farm does not mean safe food.

The Resource Conservation District of Monterey County put together a literature review, that clearly shows the low risk wildlife poses to crops in terms of transferring harmful bacteria. In the case of soil, when microbe diversity goes up, the number of harmful bacteria actually goes down. Additionally the review provides solid evidence for the contribution of vegetation around fields and waterways to health- the clear opposite stance of the market agreement guidelines. Plants in and around waterways filter out contaminants from nearby animal facilities and provide shelter to the crops from dust that could carry pathogens.

Center for a Livable Future, a program of the Johns Hopkins Bloomberg School of Public Health has many studies on the severe risks posed to human health by the widespread use of antibiotics in food animal production. The inclination towards sterilization in large scale animal facilities has made for a costly lesson in natural selection. The use of antimicrobials in food animals both for animal health problems and the dubious practice of growth promotion has led to the cultivation of stronger, more drug resistant bacteria making treatment of human illness more and more difficult.

The Center for Food Safety argued that the irradiation of fresh foods to sterilize against food borne illness zaps out so many nutrients to make it questionable if the results are even worth eating. Plenty of research available about this here.

Conference participants all understood that human food production at any scale continues to exist in the context of nature and cannot be removed from the realities of living systems. As much as industry would like to reduce the process of food production to simple inputs and outputs in a controlled environment, the complex world we live in, which we seem to only barely understand, just does not support this approach. In fact the complexity of nature can address many of the problems we face in food safety by the fact that biodiversity is an inherent ally in health. 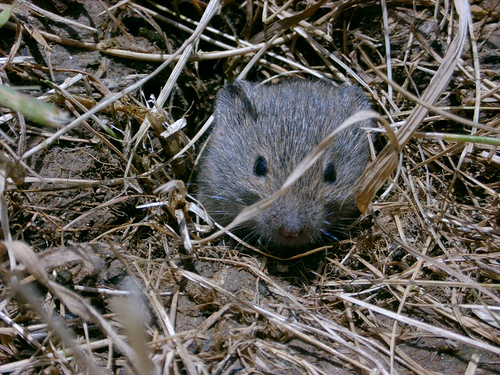 Tried and true strategies for food safety, basically good hygiene, are difficult to manage and enforce on large scales. So rather than adjust to sizes more manageable for these best practices, industry stands by intense consolidation and large processing operations opting for costly and complicated sterilization efforts. If policy is enacted to further regulate this unwieldy scale of food production it will subject smaller and organic farms to these questionable guidelines. The concern for one-size fits all regulation was expressed by many panelists. The Community Alliance with Family Farmers provides numerous resources on understanding this problem and actions you can take as a consumer, found here.

Since the industry response to food safety concerns seems driven by avoiding lawsuits and maintaining consumer interest in their products it is easy to assume that these companies would not be open to strategies that protect people from harmful bacteria without the impacts on wildlife, water quality, nutrient viability of food, or risks to human medicine. Their disinterest may particularly lie in the inherent problems of the scale at which they operate and it is not clear that there is any willingness to consider alternatives.  But as long as attention is misdirected to sterilization efforts while ignoring the other consequences the probability of wide-spread illness remains the same.

Unfortunately, aside from continuing to publish and present data that supports more coherent practices it is not clear what can be done to have an impact on the guidelines of these marketing agreements and other harmful industry practices done in the name of safety.  99% of the market is a pretty powerful force to contend with, collaborative efforts are needed but it is unclear what incentives industry has to participate.

Papers such as “Growth Promoting Antibiotics in Food Animal Production: An Economic Analysis” done by Center for a Livable Future which show the ways in which industrial practices turn out not to be economically viable may be the best approach. Additionally, taxpayers could be more vocal about the use of public money to deal with the consequences of decisions made by companies that avoid making changes to better manage problems.  We are currently being bombarded with the ways in which the public sector is cleaning up after greedy measures taken by private industry. Like the 700 billion dollars of public money going to deal with risky decision made by investors, wide spread sterilization practices in food production are risky decisions that have serious public health consequences.

Photos: Romaine by Danlong, and mouse by Flickr commons

Sage Dilts writes about using limited resources to eat and live well and the potential of domestic skills as a way to practically support health and a vibrant regional food system on her blog mindtomouth.org Read more >