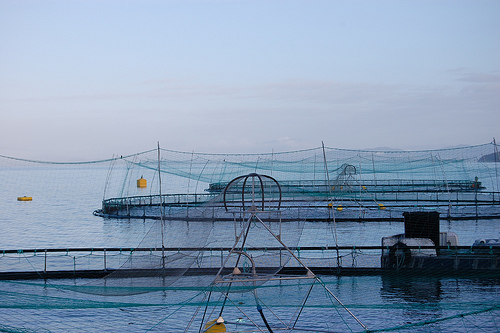 The National Organic Standards Board (NOSB) today decided to accept recommendations for “organic” fish production that will allow fish to carry the USDA organic label—despite being raised under conditions that fail to meet fundamental USDA organic principles. The NOSB recommendations allow:

The Chicago Tribune, Washington Post and USA Today have good pieces on what is at stake for the organic label.

“To slap a ‘organic’ label on this fish is deceptive and undermines the entire organic program,” said Urvashi Rangan, PhD, Senior Scientist and Policy Analyst at Consumers Union, one of the several groups which submitted public comment before the agency during the three-day hearing. “If enacted, this gutting of the organic standards will not only allow sub-par organic fish to be sold with a premium, but will undermine consumer confidence in the entire organic marketplace.”

Furthermore, it was clear at the NOSB hearing that USDA advised NOSB to circumvent the regulations to lower the organic standards bar for fish, standards clearly not wanted by the American public. Just last week, a Consumers Union Poll revealed that 93 percent of Americans think that fish labeled as “organic” should be produced by 100 percent organic feed, like all other organic animals. Nine in 10 consumers also agreed that ”organic” fish farms should be required to recover waste and not pollute the environment and 57 percent are concerned about ocean pollution caused by ”organic” fish farms. Nearly 30,000 signatures have been collected in favor of maintaining strong standards for the organic label for fish.

Some members of the NOSB expressed that they were under pressure from the aquaculture industry to push a substandard through, with the chair of the Livestock Committee, Hue Karreman, claiming that he’s trying to “jumpstart” an industry by finding a middle ground.

“The action taken today by the NOSB illustrate their misunderstanding of their own mission and underscores their willingness to let down the American consumer in favor of industry,” said Rangan. “The NOSB is not a marketing or promotional agency. It is an agency designed to create and maintain strict standards that meet consumer expectations.”

The push to allow non-organic fishmeal—which can be contaminated with mercury and PCBs and environmentally polluting production systems—organic feed and to ensure that waste from farms does not pollute the surrounding environment. The Board said that some “organic” fish that don’t eat 100 percent organic feed receive a “qualified organic” label—something entirely out of line with the law and the goal of the organic program to provide a consistent standard across products in the marketplace and to prevent any adulteration of the USDA organic claim.

The recommendations have been transmitted to USDA, which will issue an Advanced Notice of Proposed Rulemaking (ANPR) immediately.

The NOSB Livestock Committee recommendations are available on the NOSB website