Dan Barber on Re-Localizing Food, and Building a Restaurant Around Vegetables | Civil Eats

Dan Barber on Re-Localizing Food, and Building a Restaurant Around Vegetables 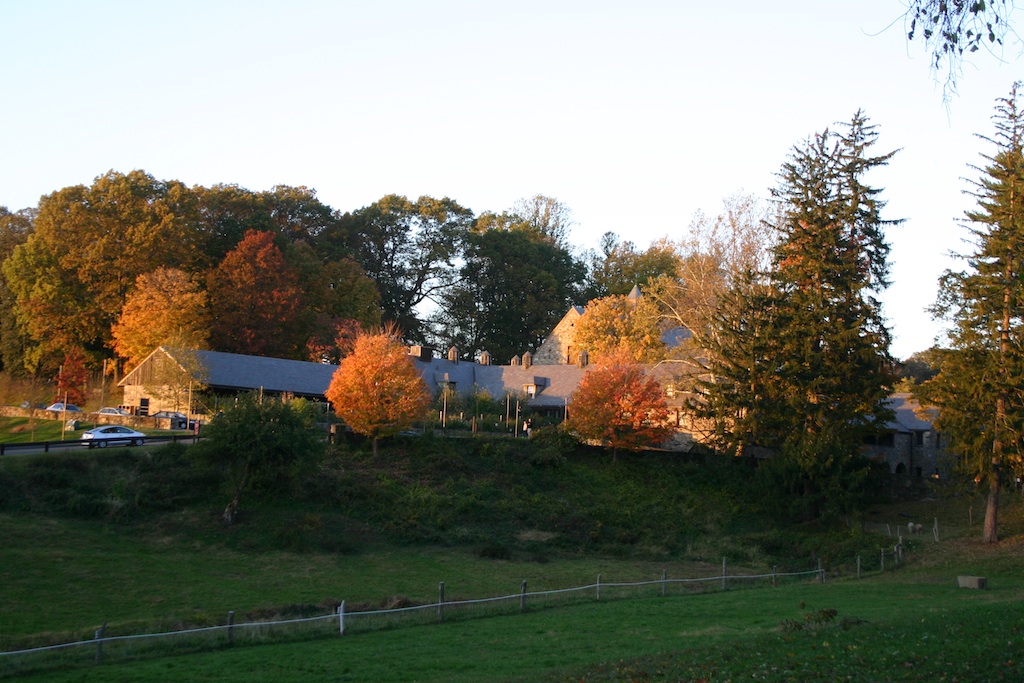 I spoke with Dan Barber last week about his restaurant Blue Hill, located at Stone Barns Center for Food and Agriculture, an 80 acre four-season and pastured livestock farm in Tarrytown, New York that provides most of the food for the restaurant and conducts educational programs open to the public.  I wrote about my experience at Stone Barns and the restaurant here.

Civil Eats: Do you see Stone Barns as a model for how we need to start thinking about local food systems? Is it replicable, can people do similar things without the kind of funding you’ve had?

Dan Barber:  I do think that the sort of underpinnings of the philosophy of the place, which is to say the connections between a farm a restaurant and some type of educational entity, can be replicated anywhere.  Would Stone Barns look different in North Dakota? Would it look different in Texas, and even in Berkeley? Yes.  I just gave this example last week at a talk, take Topeka, Kansas [if] you had a chef who was interested in serving grass-fed steaks, and he contacted a rancher, who up until that point had sent all of his cattle to be finished at feedlots, and he says to the rancher I am going to buy every year five head.  Could you separate those out and finish them on grass?  And maybe the farmer has read Michael Pollan and said wow, I’d really like to try this.  So they enter into this sort of handshake agreement or they write up a contract, a five head are set aside.  So then the day comes when the meat is delivered to the restaurant, but the chef he uses the steaks for the restaurant but he realizes very quickly that he has a tremendous amount of hamburger meat on his hands.  And since his restaurant doesn’t use hamburger meat, he thinks about his daughter who is in a private school in Topeka, so he goes to the principal, and explains the situation, and says let’s remove conventional hamburger from the cafeteria, and let’s do grass fed hamburger and the principal, who might have also read Michael Pollan, would say great, the school will find a way to pay a little bit extra for this, and not only that but we’re going to advertise some of those costs and the intellectual potential throughout the curriculum.  So we’re going to talk to the biology teacher about what we’re doing, we’re going to talk to the social science teacher about what we’re doing, and that becomes not just giving the kids better meat in the cafeteria, it becomes a lesson explaining the history and the science and the thinking behind this stuff in their curriculum.  So all of a sudden in that little example, with by the way, absolutely no capital investment, just this handshake between the farmer, the chef and the principal, you’ve got the same philosophical framework as you do at Stone Barns.  Hopefully the people that come here see that underpinning, and that’s what I try to talk about a lot, and see how we can get other people looking at a shortened food chain in sort of the same way.

CE: So that is the vision…

DB:  Another way to look at how it is replicable, or how it can inspire other people is you come here, and spend the day walking the farm or taking a class or doing both and then having dinner, and you have such a great day, in the same kind of mindset of like going to Disneyland, you leave and you say, wow my kids had such a great time, and we ate such delicious food, I’d like to replicate that experience.  It depends on where you live and what your passion is, but essentially you take the experience here, and you try to replicate it in your everyday life.  And that could just be eating healthier, or engaging in some kind of agriculture, [knowing] where your food is coming from, but that experience seems to me to hopefully inspire other people to have a similar kind of food experience.

CE: So can I assume that you are optimistic about where our food system is going?

DB: Well, that depends.  I mean I see a lot of really amazing things… I look at it a little bit historically just in the sense that like you and might not have been having this conversation ten years ago but when I opened up Blue Hill New York [with my brother David and his wife Laureen], it was very difficult to talk about these issues and frame them in a way that people saw the connections between food and the way the world is used.   I think that because of people like you and Michael Pollan and all the other people who’ve been writing about and talking about this that it makes the job of chefs like me a lot easier, and Stone Barns came around at a good time, it was a fortunate and tipping point time where it seems like people’s consciousness around these issues are only a level that I’ve never experienced before.  So in that sense I feel optimistic.  And you know I guess it’s hard to do any of this work and not be a little bit optimistic, otherwise you wouldn’t be working so hard towards it.  The old food chain, that is so established in this country, its at the point where there’s going to be huge changes forced upon it, and I don’t know how much of that is going to come from public consciousness although we’ve seen such a dramatic change in the last few years so anything is possible but I think the most provocative changes are going to come from the economics of the way our food is grown.  The dependence on fossil fuels of the food system and how that is going to be threatened moving forward, this reliance on this very cheap oil to produce food and to transport food and to process food that is all in grave threat.  I think there is going to be an increasing price parity between the kind of foods that represents what Stone Barns is doing and its the smaller, regional food systems that are going to end up being price competitive with the big food chain, because the big food chain can actually not survive at $100 a barrel for oil and up.  You know that’s all very philosophical, and right, but to the mind set of somebody who only has a certain amount of money to spend for food its hard to swallow, but when you get to the economics of cheap food literally not being cheap anymore, I think that’s going to be the most powerful force for change.

CE:  Michael Pollan’s article in the recent Times Magazine Food Issue brought a lot of attention to that issue, and we could have a president in the White House who is actually paying attention.

DB:  I hope that whoever is there is going to confront this in ways these past couple presidents have not.

CE:  I could not help but notice in your restaurant that you do focus more on vegetables, which is not very common for fine dining in New York.  I was just wondering if you found it difficult to make that transition, not so much for yourself but for your clientele, and what kind of response that you’ve had?

DB:  In a multi-course menu I think you have a little bit more freedom to have the vegetables play a starring role.  So in that sense it shows off the work of Jack [Algiere, the four-season farm manager], and what he is doing with the greenhouse and with the field.

CE: But do you feel like you are re-educating your diners, because I know there is a big conversation, you know Mark Bittman put out How to Cook Everything Vegetarian, and in the beginning he says “I’m not a vegetarian, and I don’t advocate for vegetarianism, but I really think we need to start thinking about putting meat on the side of the dish and not in the center of the dish,” and Michael Pollan has said the same thing.  So do you feel kind of like you are following that philosophy?

DB:  I feel like I’m doing what we’ve always done, which is to try to have the work of these farmers be as exemplified as possible, so you can do that in a variety of ways.  I like the idea of through a multi-course tasting experience you end up getting these vegetables to play the starring role they probably should play.  As for meat, it’s easier for me to put meat on the side, or in other words, have less protein in the course of a multi-course meal.  But if you’re in the restaurant business and you’re trying to do less meat and stay in business, it’s really hard on a sort of a la carte menu.

CE:  Do you think that most of your clientele goes to visit the farm, that they have a connection to the farm itself?

DB:  My sense is that people who don’t actually physically walk around, or talk to a farmer or do a program at Stone Barns have this sort of unconscious connection when they are sitting in the dining room, especially in the spring and summer when it stays light so late, or even the walk from your car, or the drive in, if you come here when it’s light out you do see some kind of agriculture, and much of the year, when you are eating your meal you are looking out at agriculture.  This was part of the point of this project, we were very aware of where we were putting the dining room and where your site lines were going.  You know, if there is a person that has no interest in the issues we just talked about, its still kind of hard to come into this restaurant and not feel some kind of connection to agriculture, and to what you’re eating and what’s going on outdoors.  So I’m okay with people who have no interest in walking around because they’re going to get it anyway.

CE: through the presentation of the beets and the mushrooms…

DB: Yeah, well this time of year we do a lot more of that, because I know people aren’t walking around, they aren’t seeing things and that’s a way of bringing the farm out to the table.