A Day at Stone Barns, an Evening at Blue Hill | Civil Eats

A Day at Stone Barns, an Evening at Blue Hill 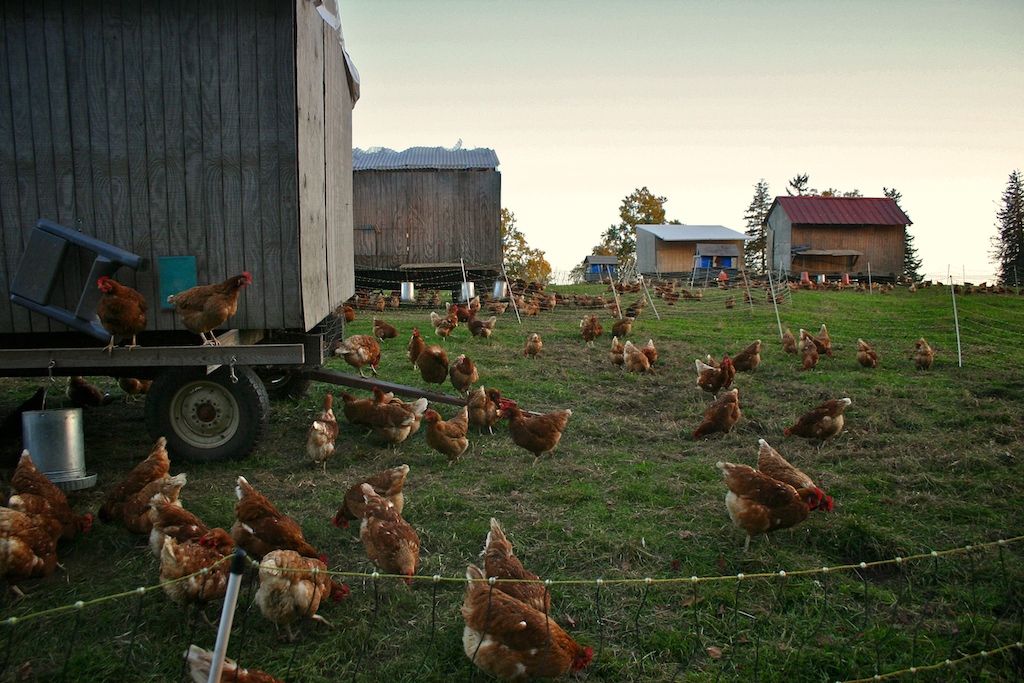 Normally I don’t like soft-boiled eggs.  But there I was, sitting at Blue Hill restaurant at Stone Barns Center for Food and Agriculture in Tarrytown, New York, with a plate of delicately cooked spinach in a savory sauce crowned with a battered, soft-boiled egg and enjoying every last bite.  That is because chef Dan Barber is out to refocus our attention on the spoils of the farm right outside: an 80 acre four-season and pastured livestock farm that grows and raises most of the food served on the premises.  Watching chickens scratch around on pasture, and then enjoying their eggs elegantly prepared is transparency you can taste.

I have to admit that when I arrived here, I figured that a restaurant with a James Beard Award-winning chef on a Rockefeller estate could only be exclusive.  But I found the exact opposite was true: In choosing to build a community through public programs and farm to table relationships, this restaurant is leading us to new ideas about the future food system in the making.

Barber described a visit to Stone Barns like a Disneyland experience for food, and talked about how it can serve as a model for individual change.  “It depends on where you live and what your passion is,” he said, “but essentially you [can] take the experience here, and try to replicate it in your everyday life.  And that could just be eating healthier, or engaging in some kind of agriculture, [or knowing] where your food is coming from.”

At Blue Hill, chefs literally wander out into the fields, pick their own vegetables and herbs, and then toss them into the pan.  The only option on the menu, the “Farmer’s Feast,” is served in courses, so that vegetables can take on the starring role without regular meat eaters leaving feeling hungry. “I feel like I’m doing what we’ve always done,” Barber said, “which is to try to have the work of these farmers be as exemplified as possible.”

The farm grows 35 types of lettuce alone, and provides two-thirds of the produce used in the restaurant.  At the peak of the season (now), they serve 80% of their food from right outside.

I took a tour of Stone Barns’ grounds before my dinner reservation at the restaurant.  The landscape could only be described as idealistic because its pastoral imagery evokes our common vision of farms (sheep, turkeys and geese at pasture, pigs nosing around for acorns in the woods, inter-cropped vegetables in vibrant rows), even though only a small percentage of farms still operate in this way. 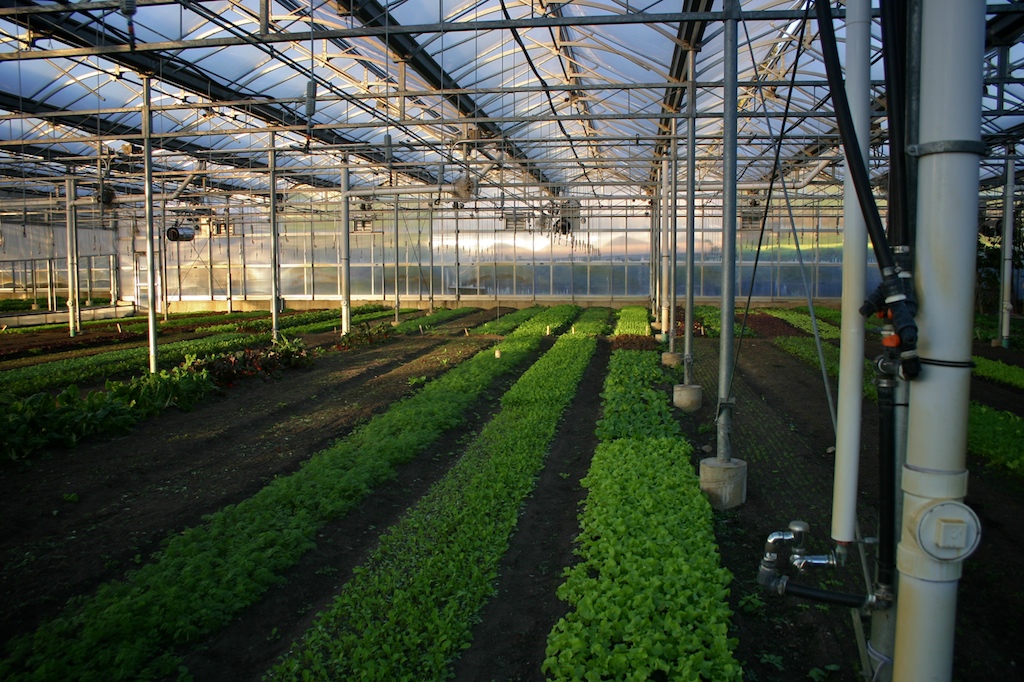 While the farm inspires thoughts of the past, the focus is on artisan approaches mixed with useful technology, like movable electric fencing and a 22,000 square foot greenhouse that maintains its temperature in all seasons.  But new-fangled devices shouldn’t replace good farming practices, according to Jack Algiere, the four-season farm manager, who added a less expensive wood and plastic greenhouse to prove that pricey technology isn’t necessary to produce quality, pesticide-free food.

Compost is the magic ingredient in growing flavorful produce.  Made from leaves, grass clippings, livestock manure and hay, and the restaurant’s kitchen scraps, it is also sold locally at Whole Foods as a source of revenue for the farm.  This dense fertilizer is a natural byproduct of a healthy growing system, and is essential for supporting soil health and by extension, nutrient-rich food.

In the dining room, I’d traded my muddy converse for heels.  I sat as plates of pickled kabocha squash, pea blossoms, beet and root vegetable chips, as well as crisp, lightly seasoned beans arrived while we sipped a local sparkling wine from Long Island.  The perfectly petite courses kept arriving – like the tomato soup with almond, a taste of quinoa and fennel in a Greek style vinegar sauce with capers and tomatoes, and a small serving of blue fish with seckel pear and soybeans.

Tasting the bounty of the season as a diner was thrilling, but the staff seemed just as engaged in the food as I was.  Visual aids were presented just before they were served: the three types of beets they grow before a mache salad with beets and a frothy yogurt dressing, and three giant mushrooms foraged on the farm or nearby before the squash gnocchi with matsutake and maitake mushrooms.  What better way to end a meal than with a tisane from the last of the garden outside the kitchen door, which our waiter had saved from frost and placed in pots, and wheeled out to us on a tray.  He then clipped various sages for our teapots, which we poured into cups along with Stone Barns’ local honey.

When David Rockefeller and his daughter Peggy Dulany were looking to find a way to preserve these stone buildings that used to house the family’s dairy, and allow them to serve the public, it was Barber along with his brother David and his brother’s wife Laureen who contributed to the vision of Stone Barns as it stands today.  The idea was to begin to rebuild the local food system we’ve lost in the last three decades.  “The most provocative changes are going to come from the economics of the way our food is grown,” said Dan Barber.  “Smaller, regional food systems are going to end up being price competitive with the big food chain, because the big food chain can actually not survive at $100 a barrel for oil and up… When you get to the economics of cheap food literally not being cheap anymore, I think that’s going to be the most powerful force for change.”

Where the foodies go, so hopefully, eventually, goes the country too.

Photo: Chickens at Stone Barns, and Greenhouse, by Yann Mabille