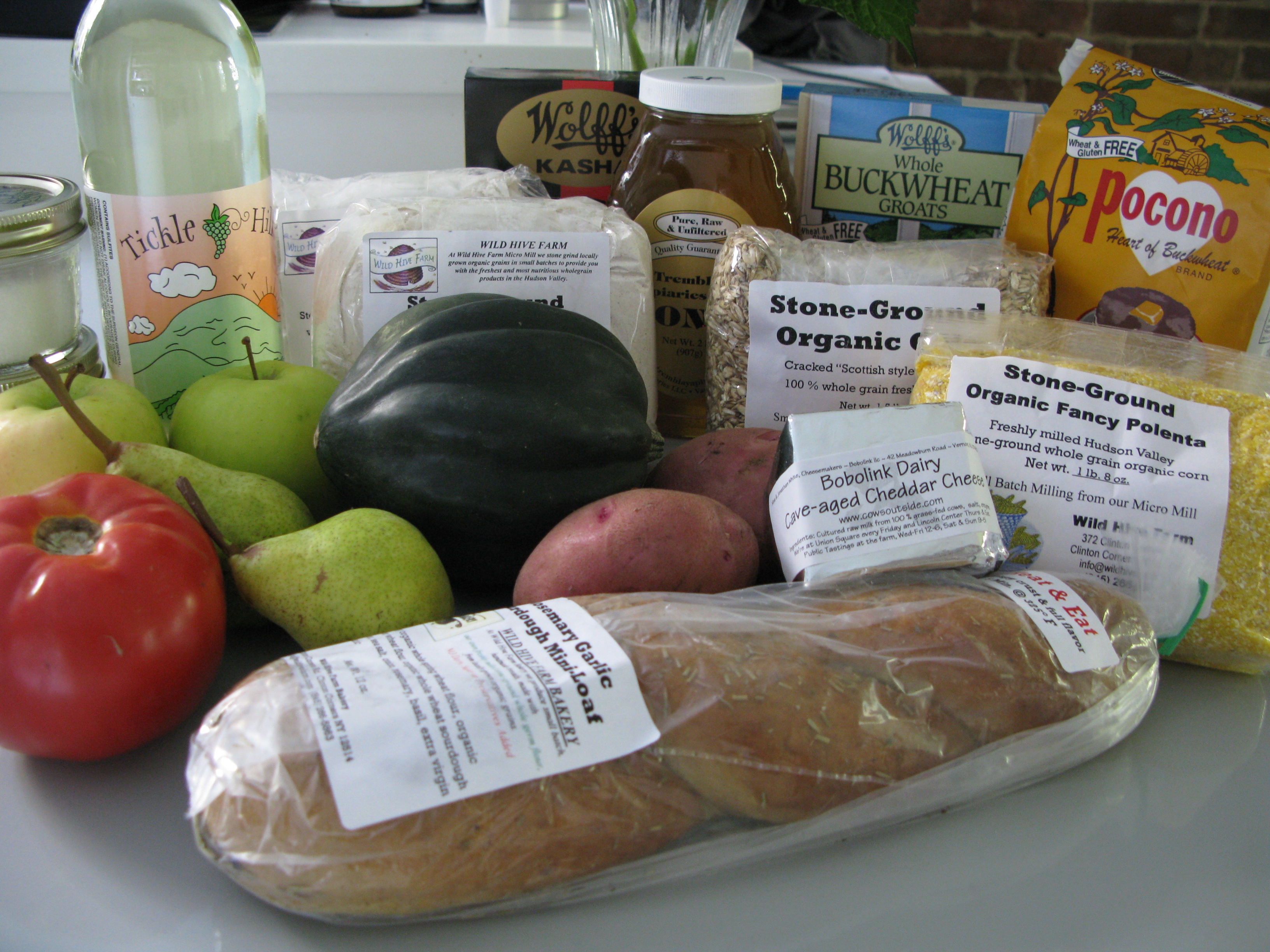 At the Eat-In on Labor Day at Slow Food Nation, we were asked to write a small step we could take to help change the food system on a banner. Some people wrote that they would host their own Eat-In (essentially a potluck with a purpose) or that they would stop buying bottled water. I had agreed to an initiative a friend in England had cooked up called Eat the Change, so I wrote what I’d agreed to: eating mostly unpackaged, local-as-possible food for one week in September.

I figured it would be a cinch, considering I get a box of fresh fruits and vegetables from upstate New York every week, and have access to various farmer’s markets around the city with foods like fish from Long Island, cheese, eggs, honey, beans, and oats, corn meal, wheat and buckwheat grown and milled in the Hudson Valley, and even local wine. (California, eat your heart out!)

I set about to create menus: Oatmeal with pears and honey, broccoli and pepper omelets and apple buckwheat pancakes for breakfast. Kasha with onions, peppers and grilled polenta, pinto bean and tomato stew with corn bread, and roasted beet and goat cheese salad with sea bass for dinner, accompanied by a glass of Tickle Hill organic white. Lunch would have to be leftovers. Dessert would have to be fruit. 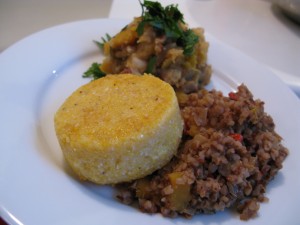 I decided up front to allow myself spices, like the sea salt acquired from South San Francisco, as well as olive oil and vinegar for salads, and baking soda for the pancakes, and tea from California. (I even let myself indulge in California buffalo mozzarella, which was delicious.) But little did I realize what I would be craving like mad after day 1: chocolate.
Avoiding sugar for a week is a serious challenge. It made me think twice about how much I eat outside my locavore lifestyle. But aside from that dubious part of the challenge, which by the way I failed to make it a week without, eating local is not so hard. It just requires some thought. Market scouring, asking the right questions (Was the grain grown and milled locally?), planning your menu, and the fun part, cooking. Maybe there is less variety, but it forces you to be creative with what is available and in season.

While eating locally is the key to our future food security, I prefer eating mostly local food and supplementing when possible with fair trade, community-supporting goods that fall into line with virtuous globalization. (Yes, chocolate is back on the menu, along with its sister, coffee.) Of course, we can’t eat this way all of the time. As Michael Pollan said at the Food for Thought panel, Re-Localizing Food (You can watch it here), “Be realistic. It’s not all or nothing.”