After Six Years, Country of Origin Labeling Begins, With Exceptions 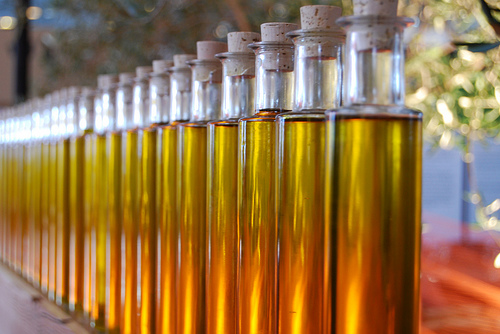 One of the side effects of a corporate leaning agriculture policy has been the dearth of information found on the labels of consumer-bought produce, meat and other foods. But on September 30th, Country of Origin Labeling (COOL) will finally be put in effect for perishable food items. This will require all unprocessed meats, produce, nuts and other commodities to be appropriately labeled with the country where they were produced, empowering the consumer in the event of a pathogen outbreak but also enabling the consumer to find fresher, more local edibles.

In the last two decades, large food producers have been moving their operations overseas in an attempt to save on overhead, to countries where workers have fewer rights, earn much less and there are fewer health and environmental regulations. Agri-businesses have feared that the U.S. consumer will be uncomfortable with the safety of food produced in other countries, and therefore be less inclined to buy it. Since COOL was written into the Farm Bill in 2002, lobbying has kept it from being implemented in all foods except seafood.

We’ve been told that ceding our food production to international soil was just one of the realities of globalization. But the interest in buying local represents the opposite: a desire to take part in the authentic relationship with the people who produce our food. Beyond that, buying locally is becoming a reality of the current economy, requiring us to think about the oil inputs raising the prices of bringing our food to our table.

In recent years we have seen outbreaks of food-born illnesses, from avian flu to bovine spongiform encephalopathy (mad cow disease), only further exhibiting the need for the consumer to know where their food is coming from. While COOL gives the consumer one piece of the behind-the-scenes puzzle, hurdles still exist to getting full disclosure on our labels. Other potentially empowering information that labels might provide includes whether or not a food item has been genetically modified or whether produce has been irradiated (treated with radiation to kill disease-causing agents, a controversial practice that also destroys nutrients). Buying organic protects the consumer by law from GM food but not everyone can afford to buy organic all of the time. Also, the FDA does not require labeling of genetically engineered animals sold as food. Irradiated foods are required to be labeled, but the label can be miniscule, and foods that have only partially been irradiated don’t have to be labeled at all.

COOL is a big step in the right direction, but beware that any foods that have received the least bit of processing (roasted nuts, peanut butter, ground meat, sausage, trail mix) will be exempted from this law. Check out this tool for determining what will and won’t be labeled at the Consumer’s Union website.

Consumers have a right to know what they are putting in their mouth. Tell your Senators and Representatives how you feel about COOL, and encourage transparent labeling for all foods, fresh and packaged.