Working in the city, dreaming of a goat farm | Civil Eats 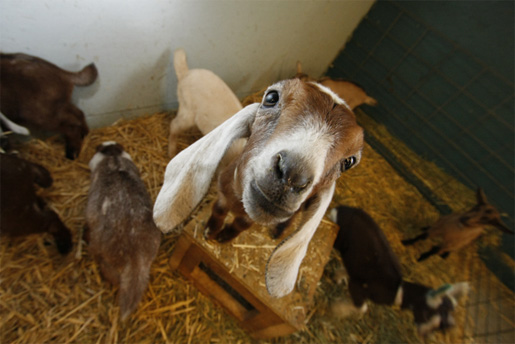 When Tamara Hicks went to post her “Goat Milker Wanted – $10/hr” ad on San Francisco’s Craigslist in January, she wasn’t sure where to file it. Unsurprisingly, “Agriculture” isn’t a job category on the site. With only 1% of Americans still in the business nationally, even the Census doesn’t count “Farmer” as a job anymore. So Hicks decided on “General Labor,” and settled in for the long, slow wait for someone willing to drive 20 miles out of Petaluma for a part-time shift mucking stalls and milking goats, at a salary that would barely cover the gas to get there.

Then something went terribly right. “Within five minutes of that posting going up, the responses were pouring in. And they kept coming for weeks. I got 300 applicants,” says Hicks.

She could have pulled the ad the next day, but she was drawn in by the stories unfolding in her inbox. “There were the chefs… people who had been in the restaurant business for years, but felt somehow out of touch with food. There were the cubicle people, who made much more than $10 an hour, but were up late at night looking on Craigslist for a way out. And there were the animal people, who had more experience with cats and hamsters than goats. But 95% of the applicants who wrote were really serious. They were trying to make it work.” 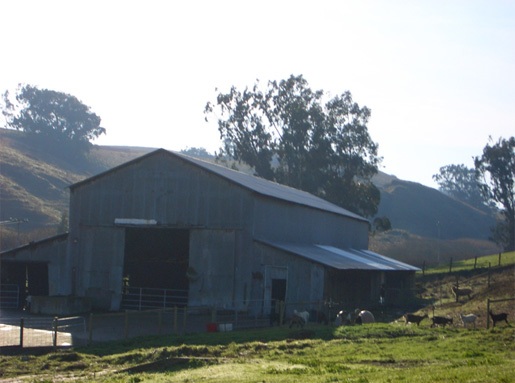 Toluma Farms, the 170-head goat dairy Hicks operates with her husband David Jablons in Marin County, California, is symbolic of a dramatic change in the public’s perception of agriculture. After decades of young people fleeing family farms for big cities, America’s rural communities are seeing a resurgence of interest, particularly in the fast-growing world of alternative agriculture: organics, local food, farmers’ market fare. According to the USDA, nearly 20% of organic farmers are younger than 35, while fewer than 6% of their conventional counterparts are. And their numbers appear to be growing.

For Hicks, this renewed interest in farming has brought a stream of energized employees through her dairy. There was a cheese seller from Cowgirl Creamery; a flamenco dancer from Petaluma; a bakery manager from Occidental; a Heifer International employee who brought her own goats; and a high school girl who pleaded for the chance to pitch a tent on their farm for the summer. Hicks offered her a makeshift bed in the office, and crowds of classmates came up to visit. “There’s a whole generation that sees farming as an option now – not just a fun job for six weeks, but as a career. People want to come and learn and work for a while and then find a piece of property of their own.”

This young farmer energy runs counter to the slackerism critics point to in the generation entering today’s job market. But Hicks thinks she understands their passion: farming is a job with meaning. “My mother operates a 7-11 in Southern California. She’s on the opposite end of the food continuum. Finding employees is her biggest complaint. She pays more than I do, but she can never find anyone to work for her.” 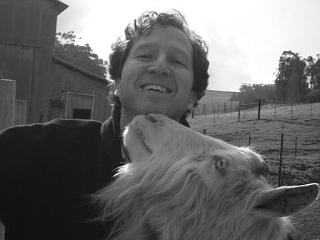 As for Hicks and Jablons, things are easier for the employees than the employers. They’ve had to keep their second jobs in the city while the dairy scales up. Hicks works as a psychologist in San Francisco; her husband is a cardiac-thoracic surgeon. Their daughter has big plans for college and a career on the farm. The family spends weekends on the land they’ve nursed back to ecological vitality, and in five years they expect to be there full-time.

This fall, Hicks is building a new barn at Toluma Farms, and they’ve added intern housing to the second floor. “We’ve got 200 goats right now, and we’re breeding almost all of them. So we’ll be accepting job applications again in a few months, when kidding season comes.”

There’s still no Agriculture category on Craigslist, but Tamara has emailed them three times now to ask for one. Maybe by fall there will be.

It’s getting to be that time of year when zucchini is part of the problem, and squash blossoms are part of the solution. Stop the baseball bats before they start, I say. Pick the yellow flowers when they’re the length of your finger, and stuff them with a mixture of goat cheese and chopped basil. Don’t get greedy, or the tender flowers will tear. Twist the open end of the blossom so it makes a sealed pouch, dip each one in egg, and roll in a bowl of breadcrumbs, sea salt, and pepper. Sautee the blossoms in a tablespoon of melted butter or oil over medium heat, turning until they brown. Serve ‘em hot.

Curt Ellis is co-creator of the documentaries King Corn and The Greening of Southie, and a Food and Society Policy Fellow. He lives in Austin, TX. 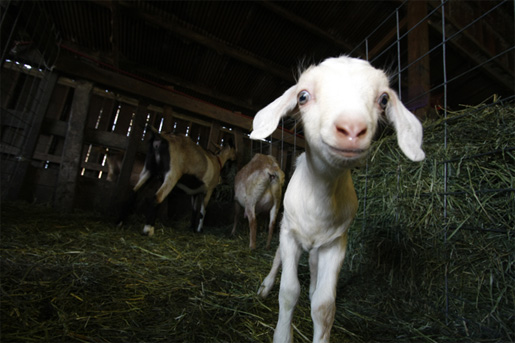