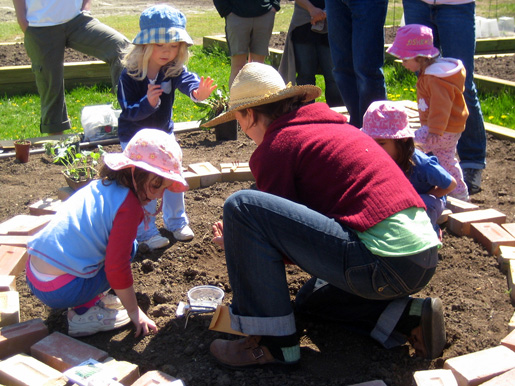 Today from 5:00 – 6:00 pm in the rotunda at San Francisco City Hall, come hear the launch of a petition calling for a New Vision for a 21st Century Food, Farm & Agriculture Policy. Framers of the petition include thinkers, producers, and activists who have come together for an unprecedented conversation on how to make our food system good, clean and fair for all Americans, and by extension, for the world. It will be read for all to hear, and then those present will be invited to sign the petition, which can also be signed online, at www.fooddeclaration.org. The petition will then stay at Slow Food Nation, visible for all to see and sign, and afterward it will travel around the country to Slow Food Convivia and NGOs who will host signing parties of their own. Meanwhile, endorsements and comments can be posted on the Food Declaration website, so that everyone can get in on the conversation.

The declaration has set out to clearly state the kind of policy that is needed right now. It gives policymakers distinct guidelines, and endorsements from professionals in different fields who can act as advisers. Roots of Change, Slow Food USA and other like-minded groups hope that by Spring 2009, the petition will be in Washington, D.C. for a final signing event, and then will be presented to Congress.

The public interest in changing the food system has swelled in the last few years, and the nearly status quo version of the Farm Bill that passed this year was a disappointment to many who thought it was time for our leaders to start listening. One of the originating authors of the Food Declaration is Dan Imhoff, who was interviewed in two parts for SFN about the Farm Bill, and how he envisioned a change in our food system.

Come and check out this free event, after a stroll in the Victory Garden, where all the action is getting underway at Slow Food Nation!