The Future of Food: A Discussion withBioneers food and farming director Arty Mangan 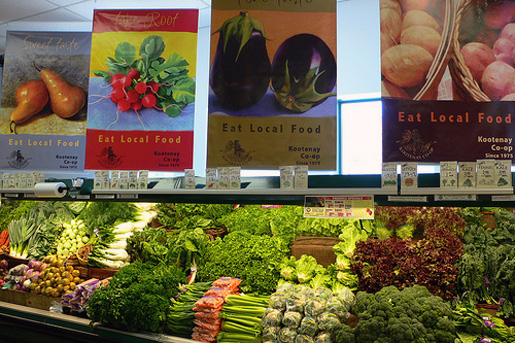 The future of our food system is at a critical juncture, says Arty Mangan, Food and Farming Program Director for Bioneers. “The industrial agriculture industry says that they want to feed the world, but at what cost?”

The cost Mangan is referring to is the system of subsidies that eliminates crop diversity, cost structures that force out small farmers, international trade agreements that favor free flow of grain over local food security, and farming methods that favor profit over food safety or environmental health.

“The system has been rewarding the wrong thing,” Mangan concludes.

One of the main methods being used to transform our food system is localization. The power of localization becomes clear when discussing the “multiplier effect.” If a dollar is spent at a chain store to buy imported produce, only about ten cents ends up in the local community. In contrast, if a dollar is spent at a local market buying locally produced food, that dollar ends up generating over $5 in local benefits.

Another powerful argument for local food involves nutrition. Basic biology teaches us that a tomato that stays longer on the vine before it is picked will contain more nutrients, and be more flavorful as well.

“There are many relocalization models at work in the United States,” Mangan says, citing the Dreaming New Mexico Bioneers project, and the Roots of Change New Mainstream Food and Farming System project. 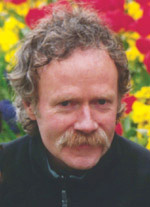 One key aspect of these programs is the idea of a foodshed, which delineates the land area from which your food flows. The concept is useful in visualizing the scope of current food systems, and highlighting ways in which they can be streamlined and localized.

Another local example is the San Francisco Foodshed Project, run by the American Farmland Trust. The project was started last year and is still in the study phase, but has the goal of “increasing the share of its food consumption produced by sustainable farming methods within the Bay Area itself and the immediately surrounding agricultural areas, including the 15 counties within 100 miles of the Golden Gate.”

“This is really great when municipalities at the city and county level are starting to take control of the food system,” Mangan says. The United States is not immune from the world food crisis, he adds, citing Montana as a prime example. Montana was feeding over 60% of the people in the state with local food, even with it’s short growing season. Over the years, that number has drifted down to 2-3%, with the rest of the food being imported.

Mangan is quick to point out that the larger goal of sustainability is not the reduction of capitalistic activity. Mangan’s organization itself, Bioneers, likes to work as a forum for environmental solutions. “We like to spotlight individuals and organizations who are involved in successful models for sustainable agriculture and food systems” to encourage their success, he says.

Mangan is a fan of Slow Food’s “good clean and fair” philosophy, and is excited by the increased awareness of sustainable food issues that Slow Food Nation is creating.

He is also a staunch supporter of small farmers. “Small farmers are an endangered species,” he laments. “It’s not small farmers who need to fix the problems, it’s the larger economic system.”

“In terms of the elitist charge,” that sustainable food is only for the rich, Mangan counters that we need to “untie the knots that prevent good food from be available to everybody.”

“It is not simple and will require changes, but it is doable.”

Photos by donkeycart and Bioneers