Tis the Season for Spices 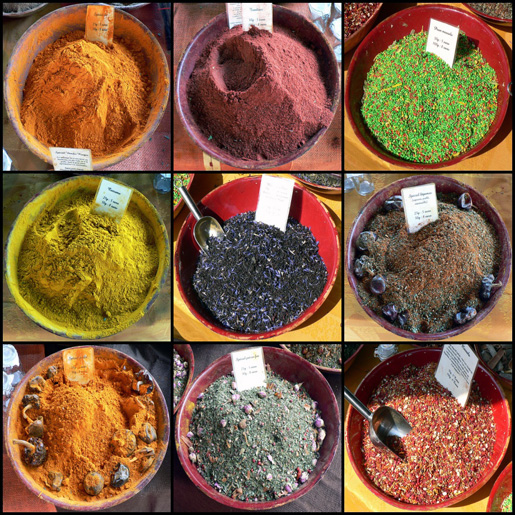 It’s nesting time again. This time of year I go into Martha Stewart mode. New bedspreads, getting things repaired around the house, culling cookbooks. This year I tried something else as a part of the nesting. I threw out all my spices and bought new ones. This came after someone told me that spices and herbs only keep their flavor for a year. After that, it is the equivalent to adding sawdust to your food.

I didn’t really believe it. After all I have had some of the spices for at least—well, since we moved into this house (too embarrassed to tell you how long that is). So before I threw them in the dumpster, I took them all out and examined them. I opened them up and smelled them. Sure enough, most had no smell, no taste, no nothing. So out they went. I just kept a couple of things I know I bought this year. I got rid of at least 30 bottles, jars and little plastic bags. There was some anxiety, because I had never pitched this much stuff. Then I went shopping.

It was suggested that I didn’t go to the grocery store and buy off the shelf, as the spices may have been sitting for several months anyway. So I ordered from Penzeys, a spice specialist. Yes there is such a thing as a specialty store that deals in spices and seasonings. Even better is the fact that they do the majority of their business on line. I could sit home in my pajamas and get this done. I ordered the stuff I use a lot of, like white pepper, tarragon, basil and chili powder. But I also ordered the exotic stuff. There are always seasonings you need if you are going to cook some international dish that you read about in the magazines. Funny how you never seem to have any vindaloo curry powder at home when you need it. 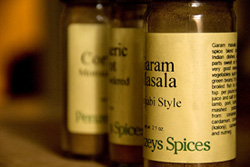 So I ordered some of this and some of that. I got in some trouble because I had no idea how much 4 ounces really was. In some things 4 ounces is a small package, but in other cases, say bay leaves, it comes in something that looks like a zippered gallon bag. What would one ever do with that much bay leaf? Make lots of soup I guess.

When my order came, it was like Christmas. Bag after bag offered its own promise. As the fall nester, I couldn’t help picturing myself making all this cool stuff. How did I ever cook before now? My enthusiasm was more than unbridled. And then came the discovery that fresh dried herbs and seasonings actually have a smell. They have a taste. It is the real deal. It’s fall and I am going to cook some great stuff with real flavor. I do get carried away.

I took the leftovers and gave them to friends in little plastic bags. They too were surprised at what real thyme smells like. The autumn nesting kicked in with them too, and some started going through their cookbooks to see how they could use these little treats.

To me, nothing says fall or winter like wonderful homecooked food. You can’t really do chicken pot pie in the summer, nor do you want to bake fresh bread from scratch in August. But fall offers the possibilities and promise. The kitchen becomes the most magical place. The new spices are like fairy dust calling the eager cook to come play.

I love the leaves and the pumpkins. I’m into apple cider and fireplaces. But I now have a new fall ritual that will help me spice up the season.